Our friends at Normandy Inn gave us some good advice when it came to exploring the area around Montbray and Vire during our visit last week.  If you seek a pleasant hiking opportunity, look no further than la forêt de Saint-Sever.  The national forest covers an area of 1,555 hectares and stretches across the southern territory of the commune of Saint-Sever-Calvados and is managed by l’office national des forêts (ONF). 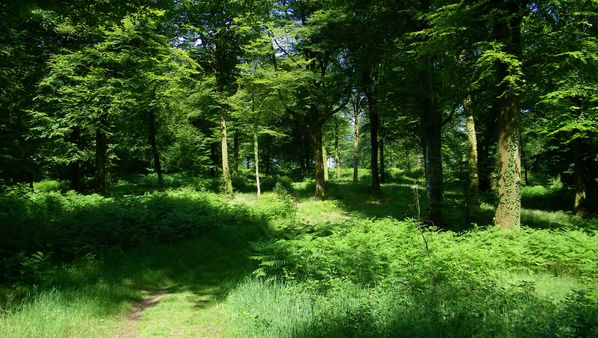 Nearly half of the forest was destroyed during the huge European windstorms of Lothar and Martin in December 1999.  The 200 km per hour winds felled many of the old conifers.  A replanting effort was undertaken and much of the forest was restored with deciduous oak, beech, chestnut, Douglas fir and silver fir trees. 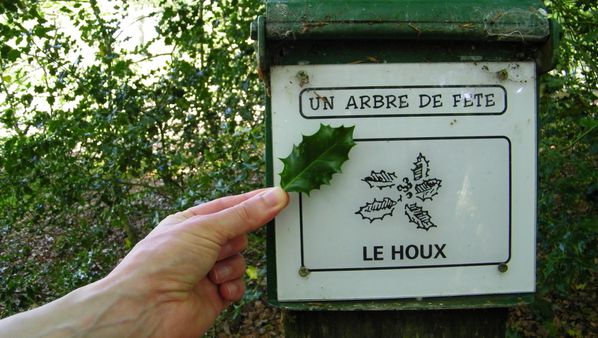 Along the marked paths are small signs describing local flora.  I found this to be a lot of fun as I looked out for each species on our hike.  The forest is also a home to deer, wild boars, foxes and badgers.  There are numerous hiking trails for walkers some of which lead to le lac du Gast in the southern boundary of the forest. It is a heaven for birdwatchers as it serves as a sanctuary for migratory birds, mallard ducks, Pochards, teal ducks, moor hens, herons, reed buntings, snipes and coots. At the edge of the lake we found hundreds of small frogs.  Just look at how small they are compared to my fingers ! There is a small picnic area near la chapelle de l'Ermitage.  In the 1214, hermits made a clearing in the forest and built a small monastery.  Monks following the Rule of Camaldoleses lived there until the French Revolution. 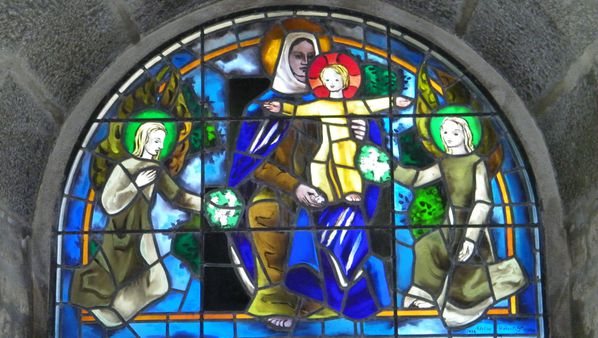 In 1984 a group of Carmelite nuns from Avranches founded a community devoted to St-Joseph and the monastery reopened.  The public are welcome to attend daily offices and to experience the contemplative life.