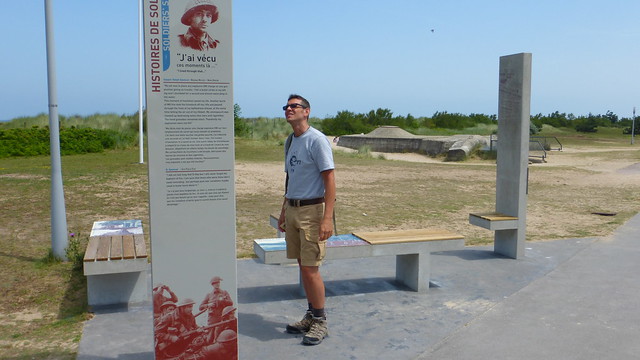 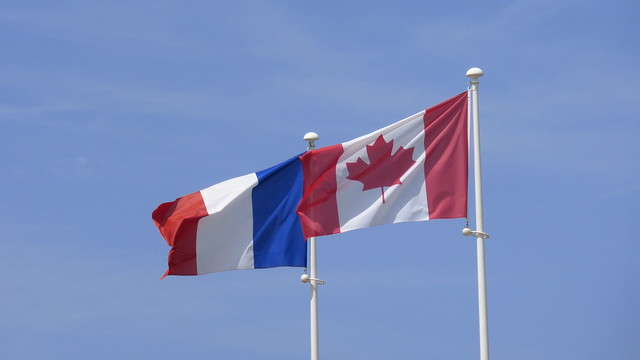 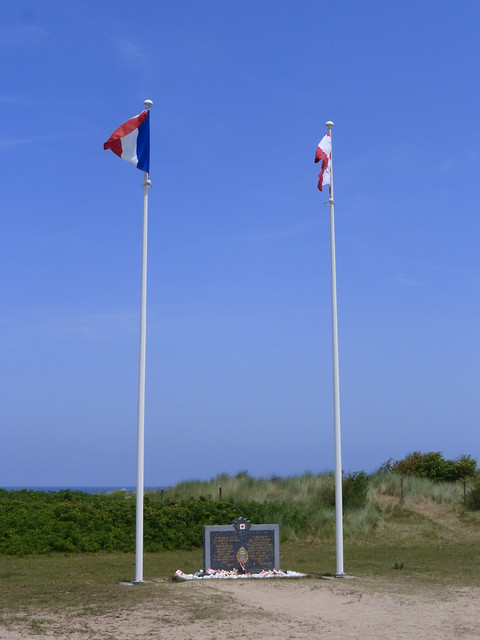 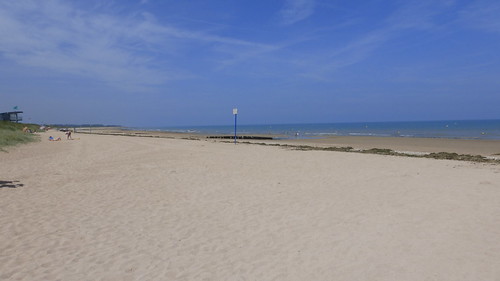 Had some more beautiful weather last week so I drove out to Courseulles-sur-Mer to visit the museum at Juno Beach. 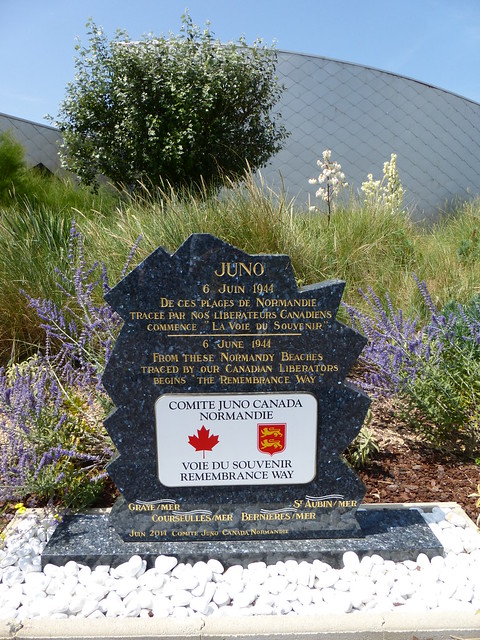 If you don't know what that is, it's the beach where the Canadians landed during D-Day. 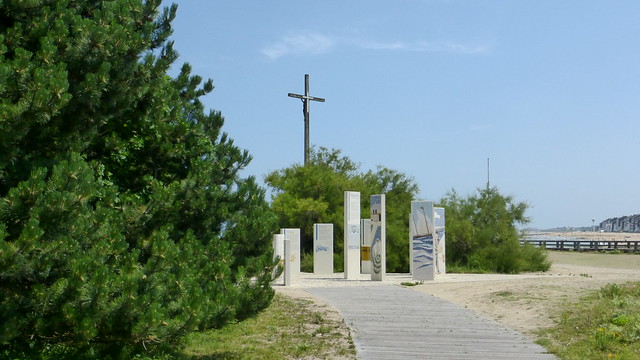 It's hard to believe that 70 years ago over 14,000 men landed here and over 460 lost their lives fighting to liberate France. 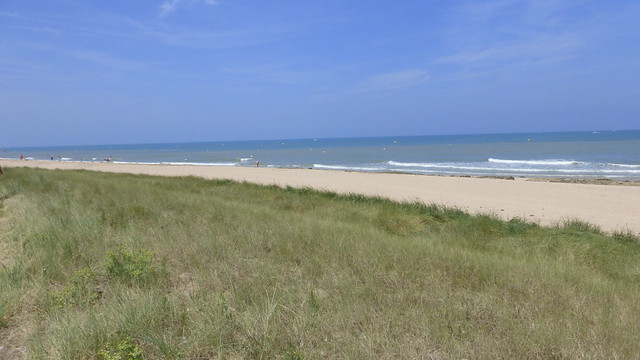 Right on the beach is the museum which pays honor to all the Canadians who participated in the war effort.  Maybe its because I'm American but I wasn't wasn't that interested in going inside the museum like I was when it came to visiting the Utah Beach or Omaha Beach museums.  Still, I was glad that I got to make it here. 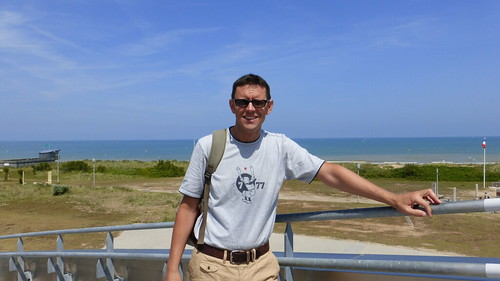 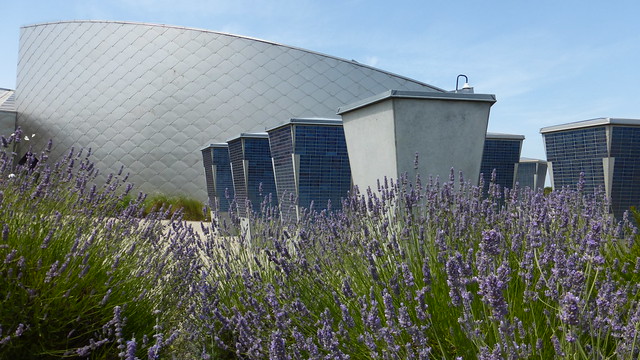 The building itself, designed by Canadian architect Brian K. Chamberlain, is a single-storey structure with five main points, resembling a stylized maple leaf.  The exterior is clad in titanium scales and stands about 100 meters back from the present line of sand dunes. 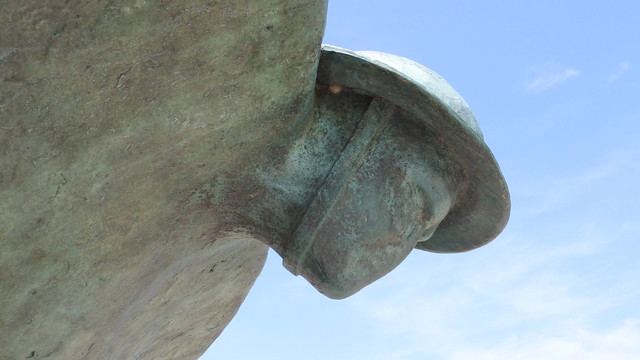 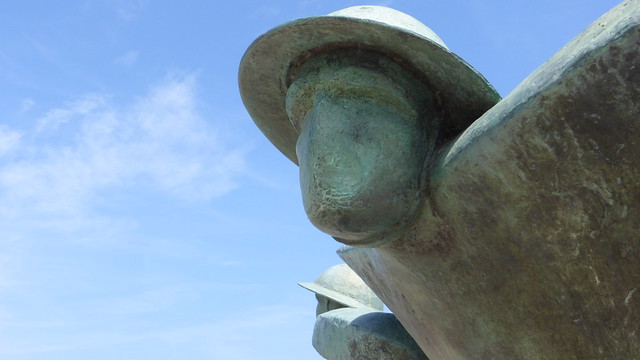 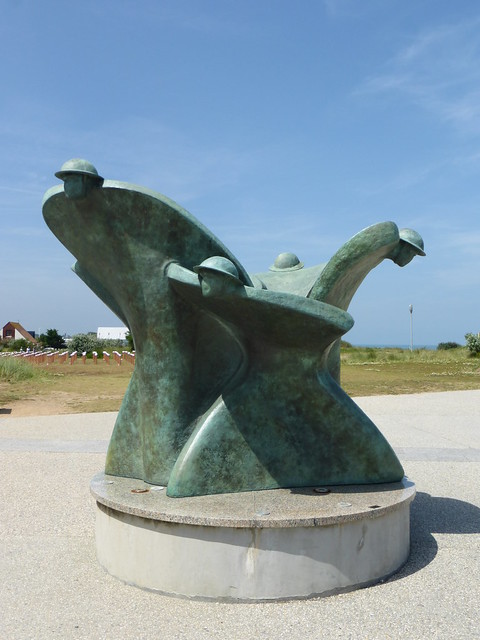 A ceremonial area, which features a statue entitled Remembrance and Renewal, stands between the Centre and the dunes. 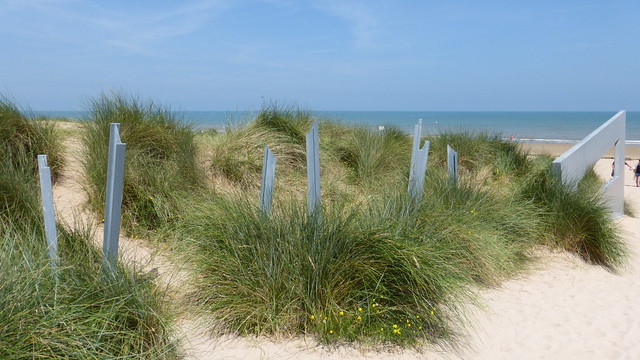 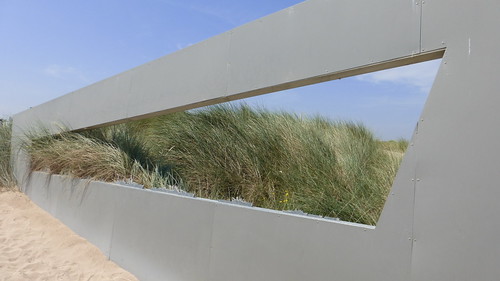 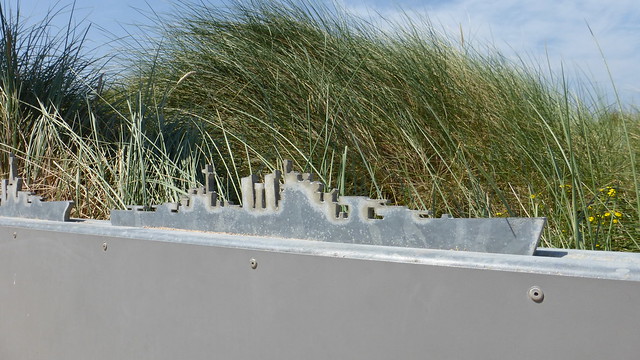 A gap in the dunes is filled by a symbolic structure shaped as a landing craft. An intact German bunker, once an observation post, stands immediately in front of this memorial. 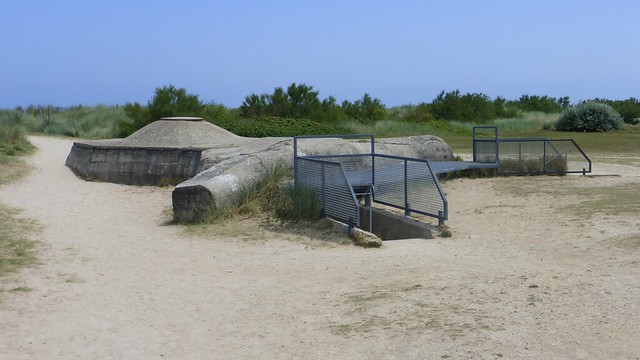 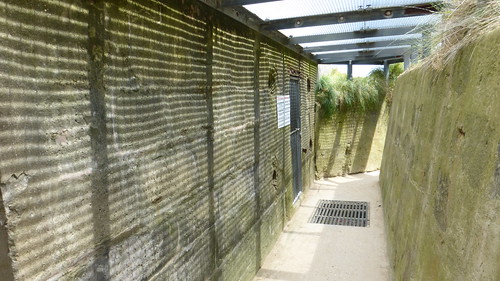 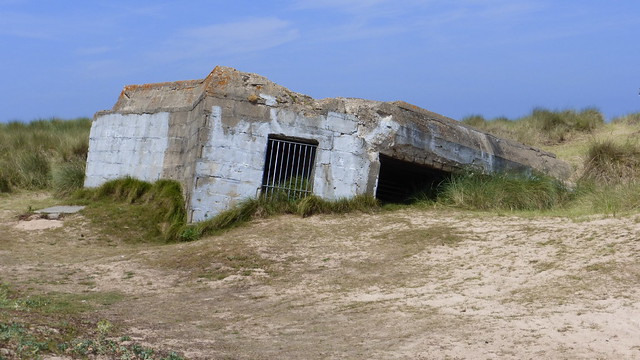 Remnants of the Atlantic Wall remain strewn along the coast, including this half-sunk German gun emplacement. Naturally, such fortifications were deadly obstacles for those wading ashore. 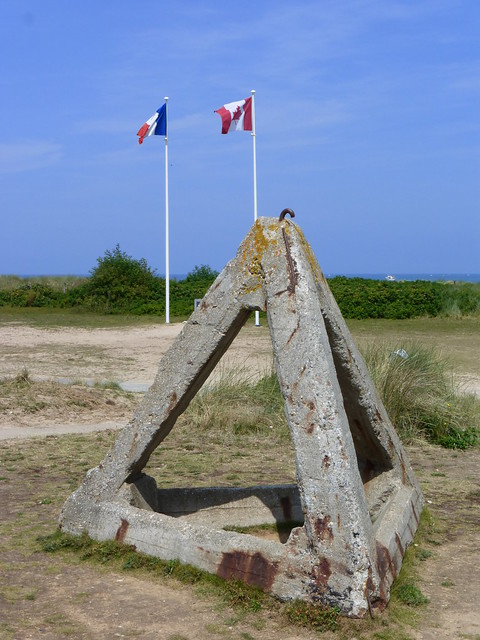 There were even some tetraheaders, pyramid shaped obstacles erected along the shore by the Germans who wanted to destroy any landing ships that happened to invade during high tide.  To the left of the museum are several monoliths whith plaques on them. 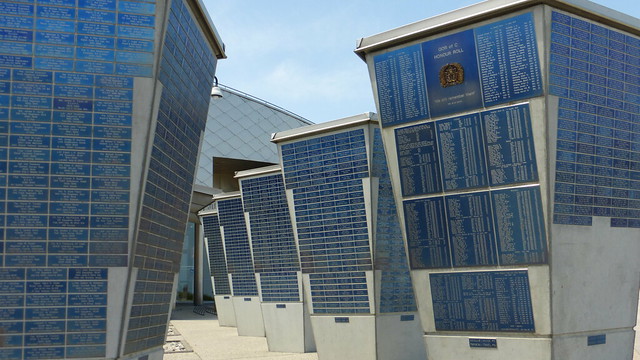 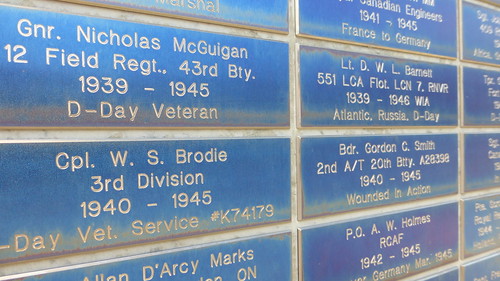 This is known as the Commemorative Bricks area where doners and veterans can purchase an engraved plaque to be added to the monoliths.  Veteran Bricks include the person’s rank, name, decorations, unit, dates of service, as well as a comment regarding the veteran’s service, such as “Italian Campaign”, Battle of the Atlantic”, or “D-Day Veteran”.   Also, to the right of the museum is another memorial to those who fell on D-Day--several hundred posts hammered neatly in the sand with name plaques attached. 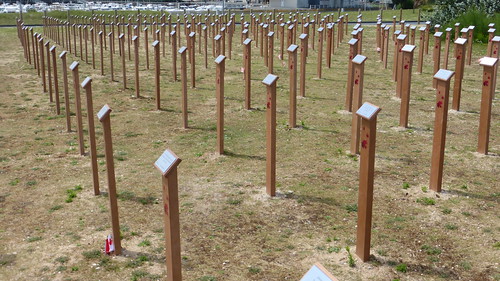 I guess if you can't make it to the cemetery this memorial is a welcome alternative. Nearby, I discovered a pile of stones called an Inuksuk--a symbol of survival among Canada's Inuit peoples. It stands as a guide denoting that humans have passed through that place. This particular Inuksuk was erected in 2005 in remembrance of the First Nations, Metis, and Inuit who served Canada in the Second World War. 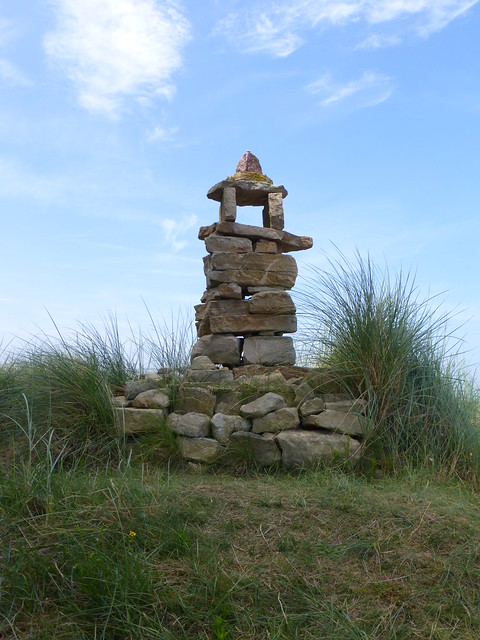 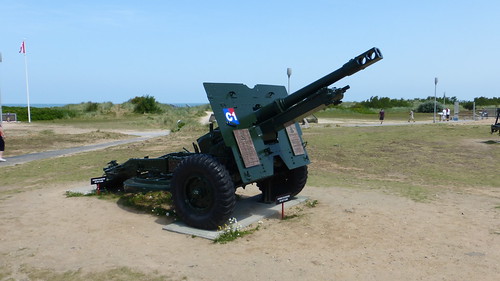