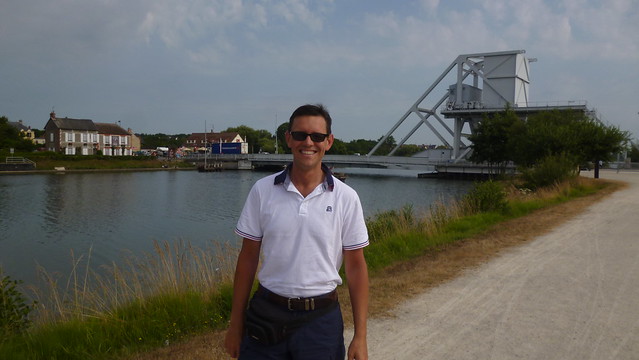 Something different ... Last summer, just before the 69th anniversary of the D-Day landings, I took a trip to Bénouville along the Caen Canal just so I could visit Pegasus Bridge. 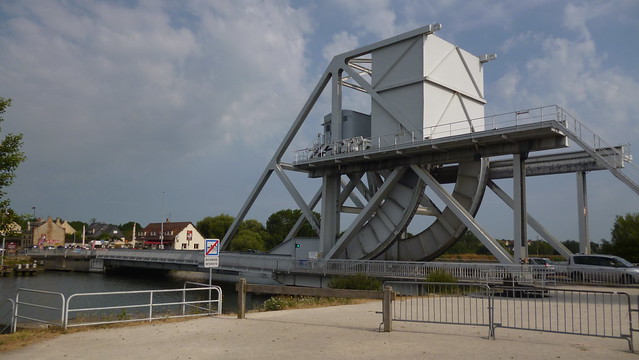 The bridge, which crosses the canal, was built in 1934 but was replaced in 1994. If you've ever seen the film The Longest Day, you'll remember the taking of this bridge was part of a major objective of Operation Deadstick where a glider-borne unit of the British 6th Airborne Division, commanded by Major John Howard, was to land, take the bridge intact and "hold until relieved." 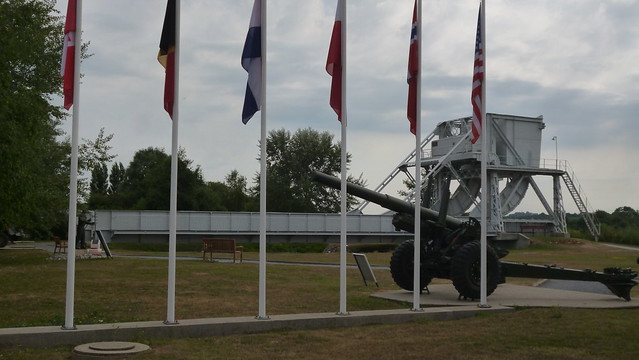 The successful taking of the bridge played an important role in limiting the effectiveness of a German counter-attack in the days and weeks following the invasion. The original Pegasus Bridge now resides in the grounds of the Pegasus Museum. After its replacement, Pegasus Bridge was left on waste ground until it was sold to the museum for the symbolic price of one Franc. 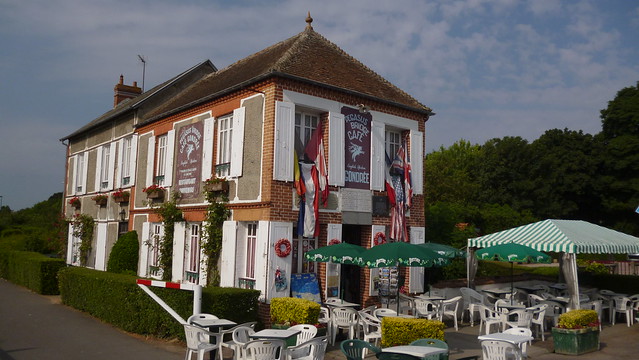 Across the street is the famous Café Gondrée, the first French house to be liberated during D-Day. 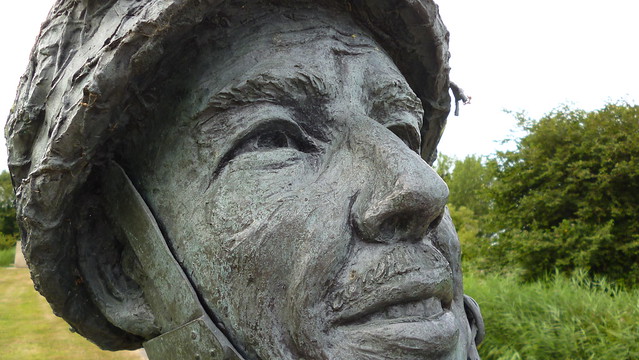 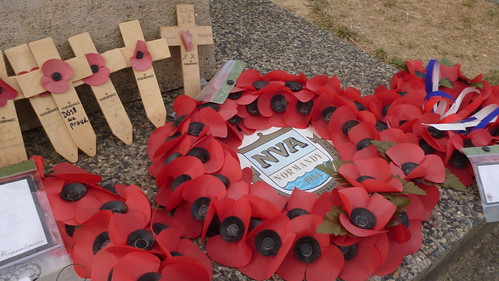 On the other side of the bridge is the memorial to Major John Howard. 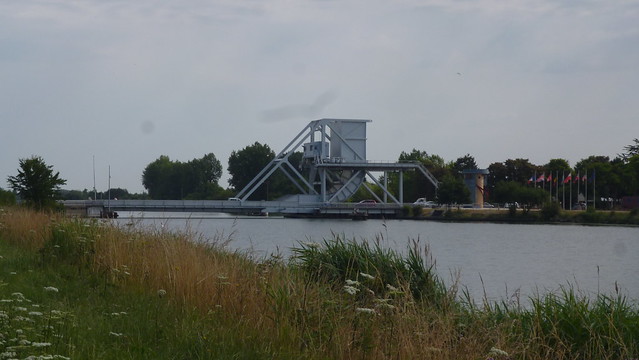