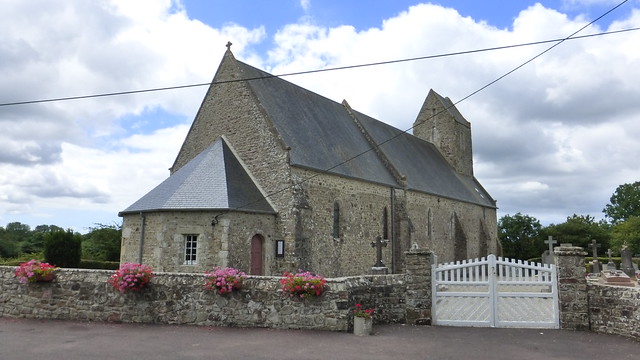 I’ve not much to say about the Église Saint-Pair in Gerville-la-Forêt except that it is from the 17th century and was closed on the day I visited. It’s the little church I came across while looking for the chapel in Vesly. The church gets its name from Saint-Paternus (or Saint-Pair) of Avranches who is said to have been born in Poitiers, become a monk at the Abbey of Marnes in France and retreated with his fellow monk, Saint Scubilion to the forest of Seicy in the diocese of Coutances before the Bishop of Coutances made him a priest in 512. The town itself is now part of Vesly but its name derives from the name of the old lords of the land, les Gervilles and the addition of la forêt which is a reference to the nearby forest of Lessay. You learn something new every day. 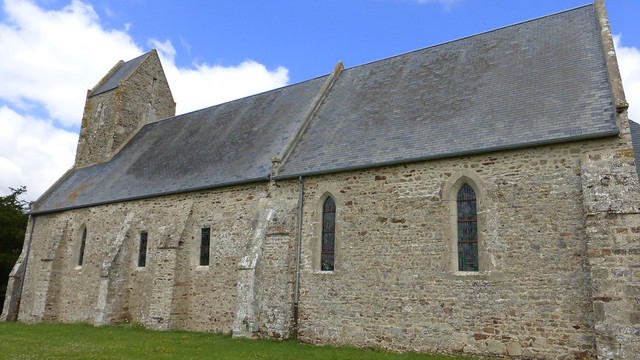