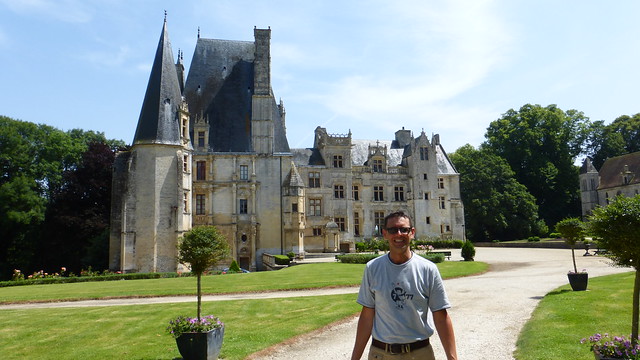 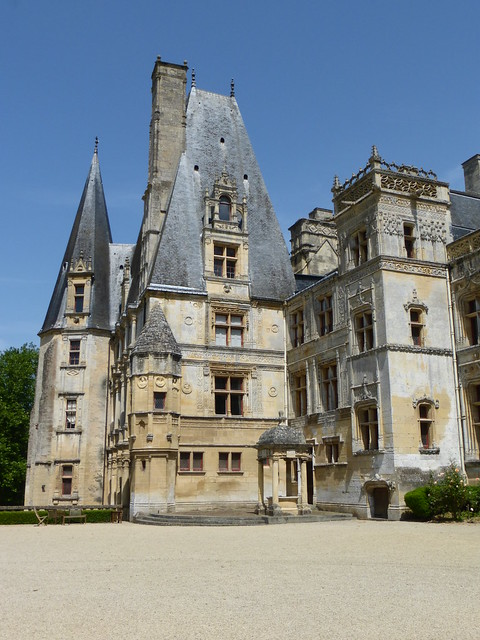 After visiting the Juno Beach Centre in Courseulles-sur-Mer, I drove to the town of Fontaine-Henry near Caen to take a tour of its most famous residence, the Château de Fontaine-Henry. The name of the town means "fountain of Henry" the old spelling of the name Henri, a possible reference to Henry de Tilly. 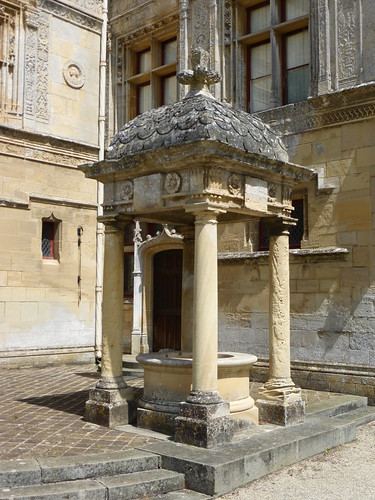 The town was also known for it fountains and preponderance of wells, one of which can be seen just in front of the main doorway.  Château de Fontaine-Henry has belonged to the same family for nearly ten centuries without ever having been sold. Nevertheless, several names have succeeded in ownership because it has repeatedly been handed down by women. The families Tilly, d’Harcourt, de Morais, Boutier de Château d'Assy, de Montécler, de Marguerie, de Carbonnel, de Cornulier and d’Oilliamson have all come into ownership through inheritance. 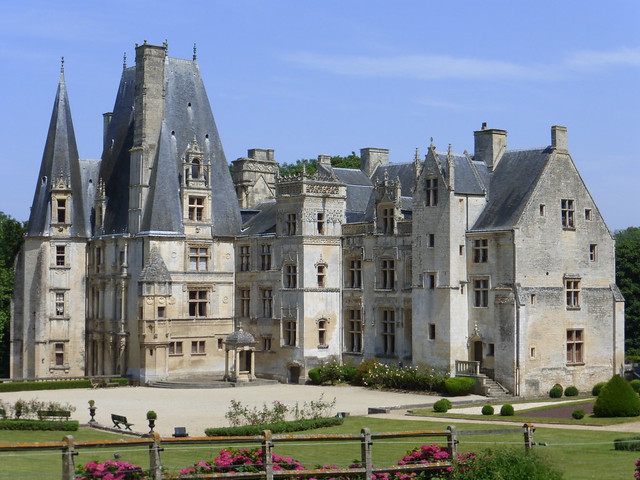 There was a fortress at this location at the beginning of the 11th century and the Tilly family replaced the old fortress between 1200 and 1220 with a new castle. All that survives from this period are the chapel and vaulted rooms that once formed the ground floor of the residential building. These two elements give a measure of the magnitude and importance of this château in the middle ages. In 1374 Jeanne de Tilly married Philippe d'Harcourt and brought him a dowry of a lordship or 'seigneurie'. 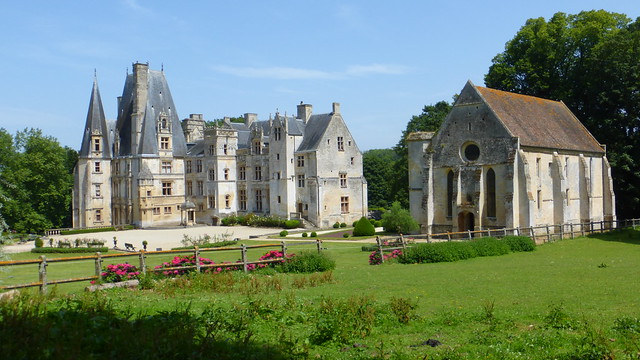 It was the Harcourt family who began to rebuild the château after the Hundred Years War. The works were spread out over nearly a century, from the late 15th century to the 1560s. The château is still lived in by the descendents of its early owners, the comte and comtesse de Olliamson. The château has a very original kind of architectural harmony, making it a Renaissance masterpiece, following the examples of the Hôtel d'Escoville and the Hôtel de Than in Caen. On its west façade one can see the different styles of architecture used during its evolution--the west side being the most curious where there are a series of three levels of columns. 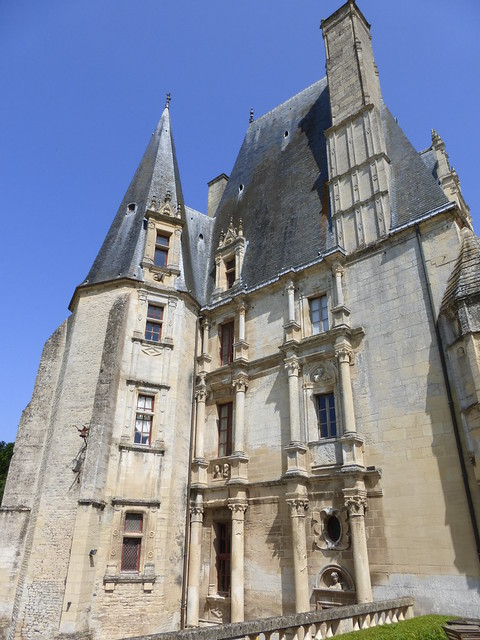 This was done to create perspective and the illusion of height. 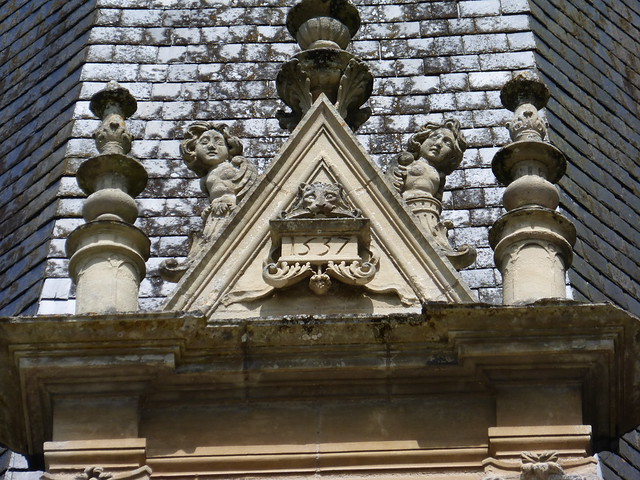 Above one of the windows is an inscription dated precisely to 1537, the date of completion for this portion of the château. 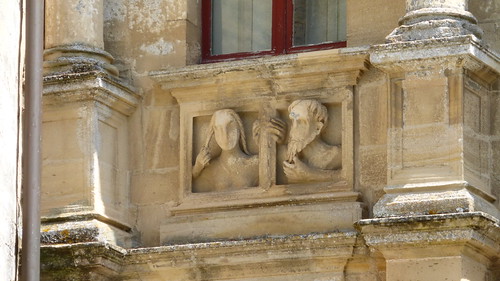 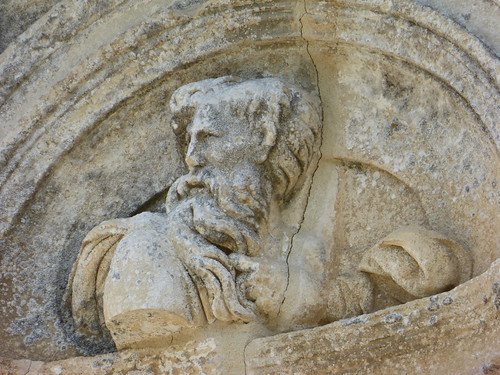 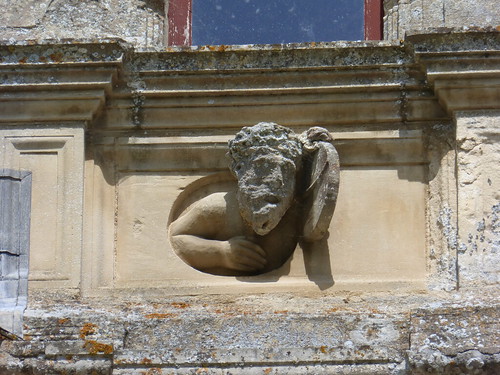 There are several Biblical features on this façade as well, the images of Adam and Eve, Moses and Noah. 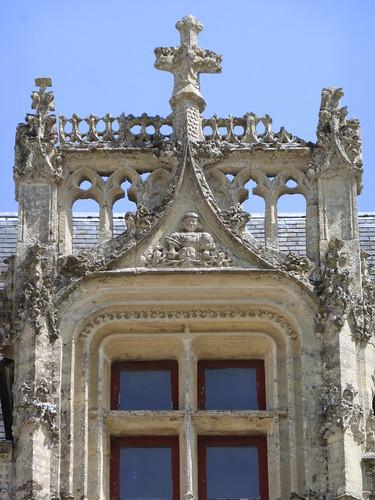 Above another window is the image of Charles VIII. I was most impressed by the quantity and quality of the stonework with its filigree patterns and decorative medallions. 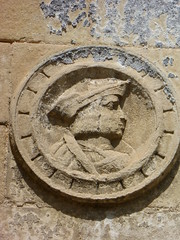 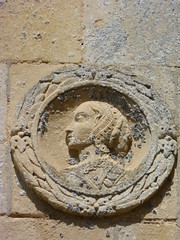 The details are amazing if you take the opportunity to study them—especially around the lower windows which have images of cherubs, birds and plant motifs. 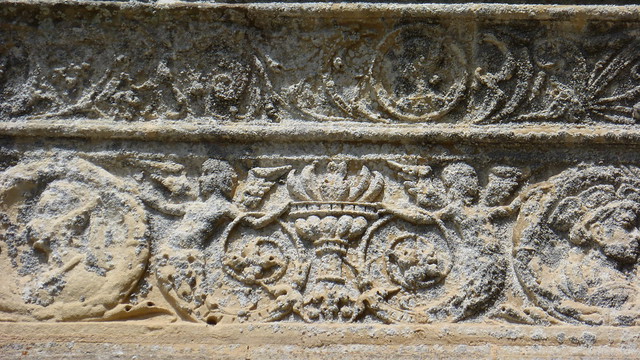 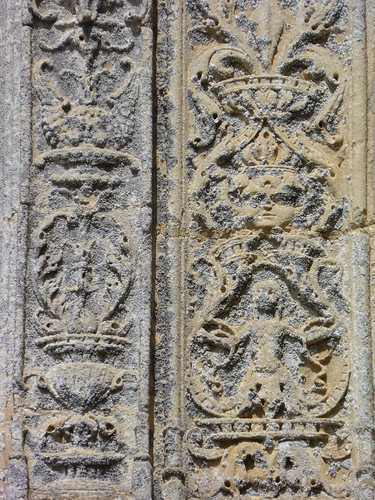 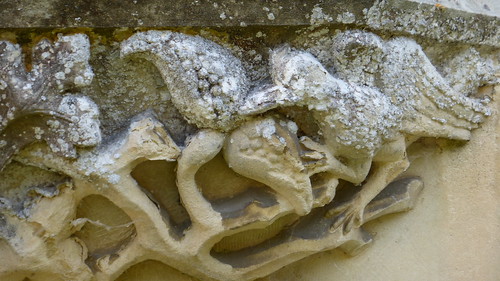 The château is more than 15 meters high and the roofs that cover the building are considered to be the highest in France. 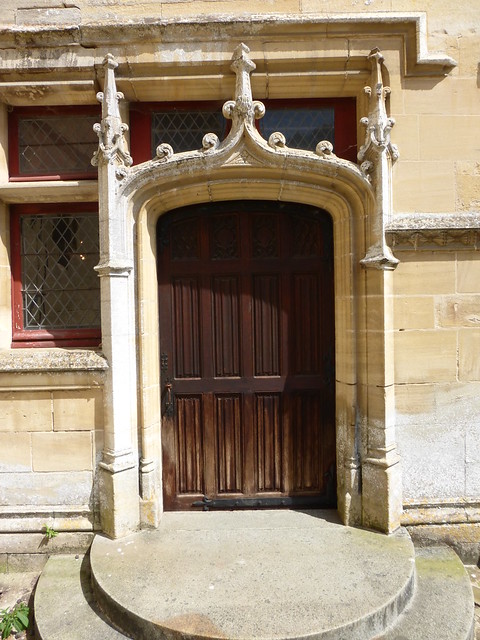 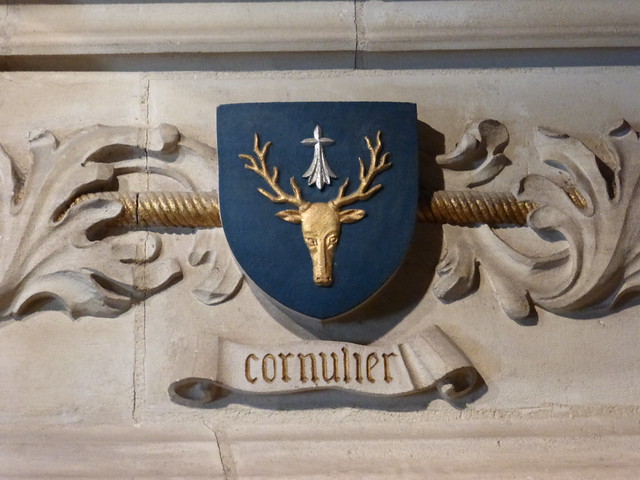 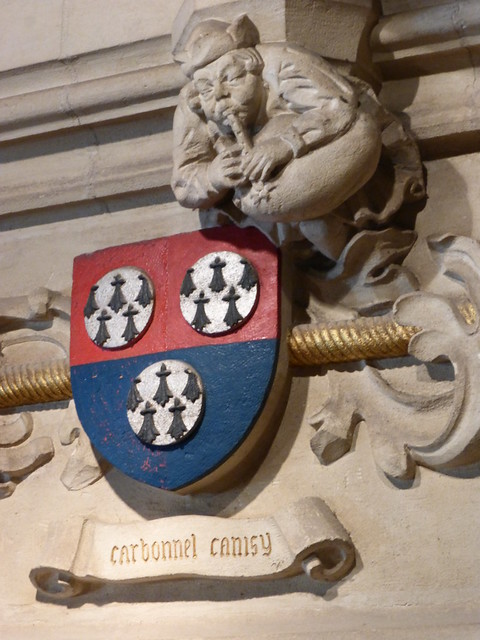 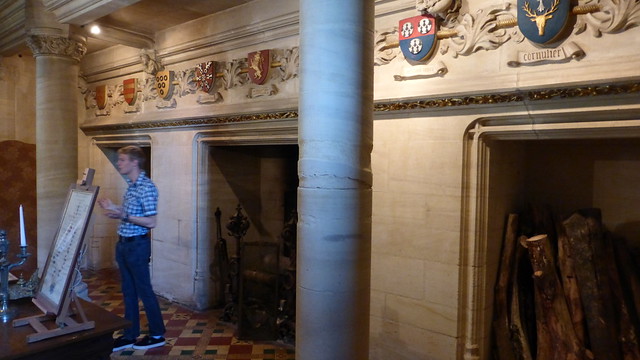 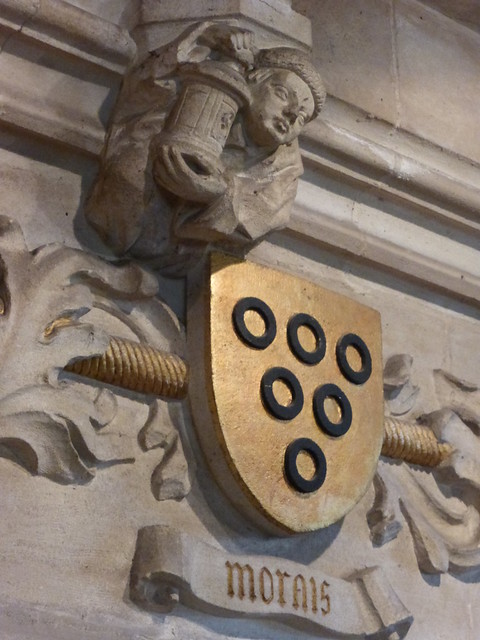 We weren’t allowed to take any photos inside except for in the main reception hall which used to be the kitchen. Here there are three large fireplaces. Above them are the coats of arms of the different families who have owned the house over the centuries. The chapel was founded in the 13th century and transformed in the 16th century. 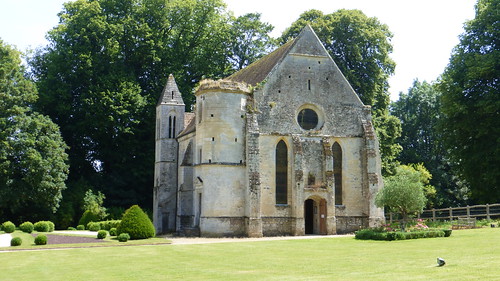 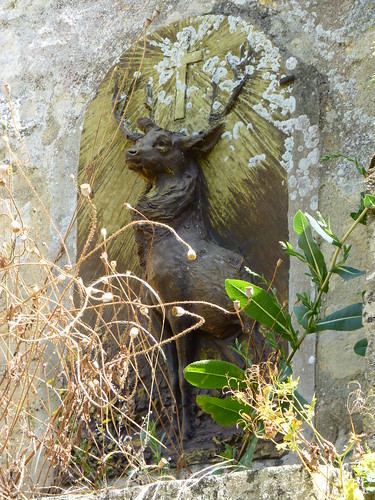 There is an image of a stag just above the main doorway which I think represents the fondness of hunting by one of the former owners who is it said killed 1000 stags in his lifetime. Good for him ? 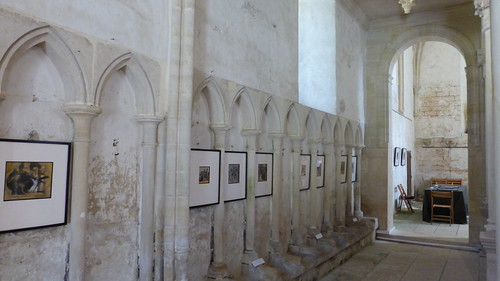 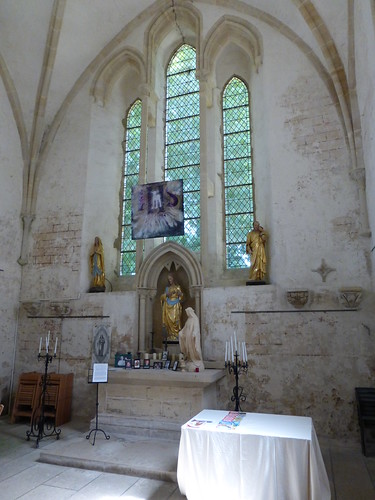 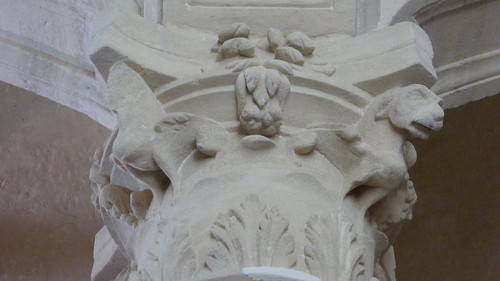 Gothic arches are featured along the sides and decorative capitals above the columns. It is open to the public and has an exhibition of religious art inside. 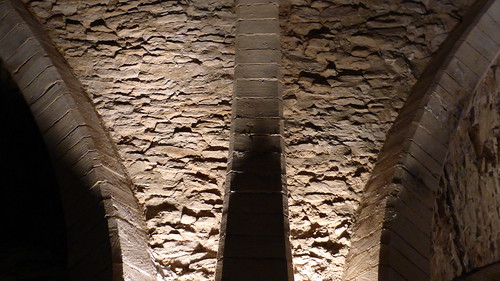 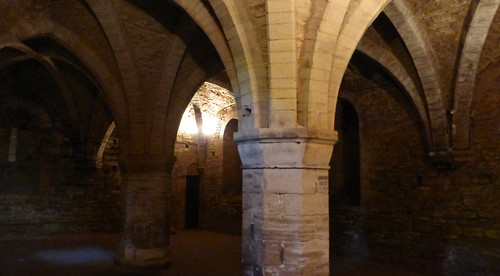 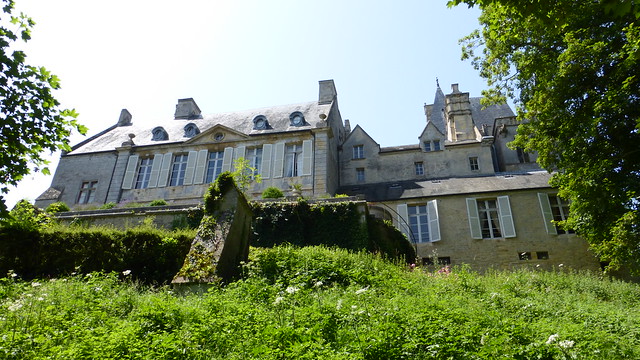 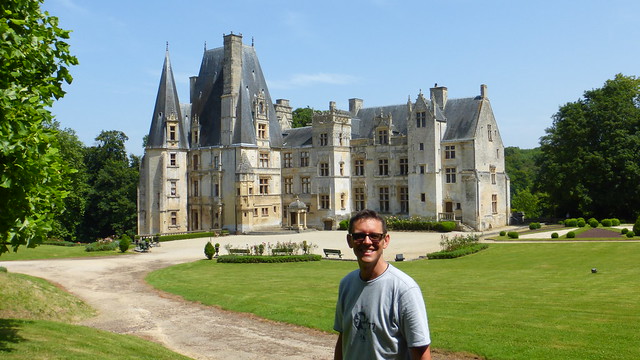