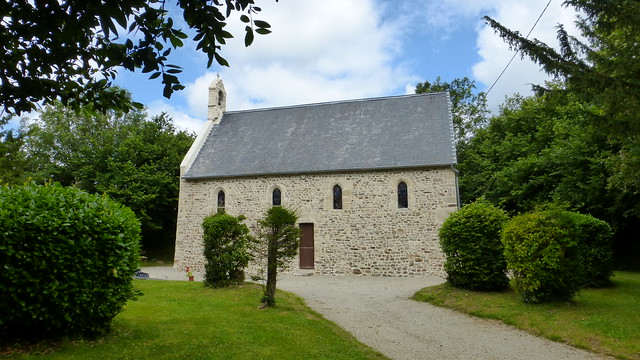 Well, this was one of those pleasant surprises that you just don’t come across that often. After visiting the church in Vesly, I wanted to find the Chapelle Notre-Dame de la Consolation but was disappointed when I couldn’t find any signs in town leading me there. I ended up driving in the wrong direction and found myself in Gerville-la-Forêt where I came across another church called Église Saint-Pair (which happened to be closed). Fortunately, there was a large map posted just in front of the church that gave directions to the chapel. So, I drove back into Vesly and found it without any further problems. It is nestled at the highest part of the town at the top of a path leading to the parsonage, past the local soccer field in amongst a small copse of trees. The chapel has been restored several times over the centuries. Information in a variety of languages can be found inside but there is very little information about the history of this chapel online. I’ll reprint what I found here: 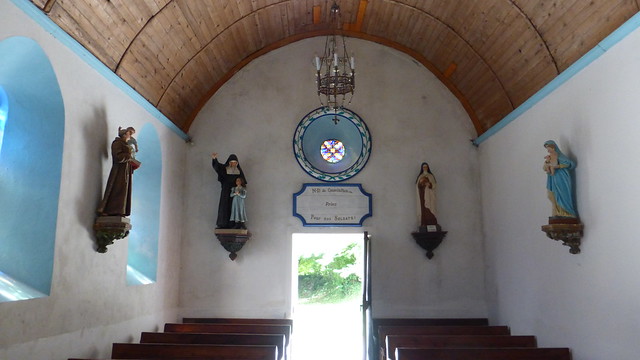 In the 13th century, a gentleman was riding in the vicinity of the place where the chapel is now standing. Suddenly, he came across a boar which rushed at the horse. The horse bolted and knocked the knight down. Unfortunately, one of the knight’s feet got stuck in the stirrup and he was dragged by the bolting horse. When he was about to die, the gentleman promised the Blessed Virgin that he would build a chapel at the very place where his life would be spared. His foot being released, the gentleman soon set about fulfilling his vow. He dedicated the chapel he built to Our Lady of the Stirrup (Notre-Dame de l'Étrier) or of the Saddle (Notre-Dame de la Selle). Such is the origin, according to legend, of the Vesly Chapel. 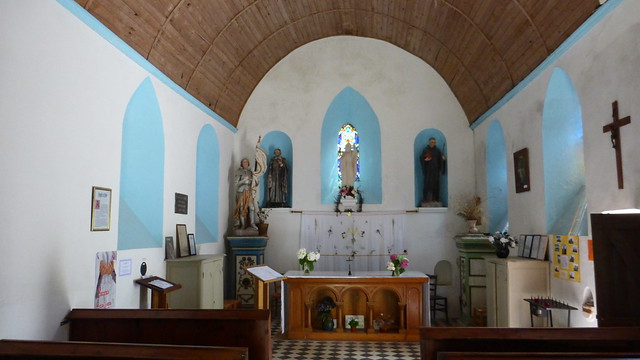 As for its cloister, in the 14th and 15th centuries, it was used as the burial place for the local gentry. Over the years, many old sarcophagi have been found here during archaeological digs. In 1650, Father John Eudes, preaching a mission in Vesly, found the chapel nearly in ruins. It was a long time since Mass had been said. The missionary announced a procession to the chapel on Easter Tuesday. The parishioners of Vesly and of the neighbourhood responded to the appeal. Father Eudes then felt a desire to restore the chapel of the Blessed Virgin during his stay in Vesly. This task was undertaken so eagerly that the missionary was able to say Mass in the newly restored chapel at the end of his mission. Seeing this achievement as a good sign from the Blessed Virgin that his mission was a success, Father Eudes then dedicated the chapel to Our Lady of Consolation which is now its name. The interior has eight statues: 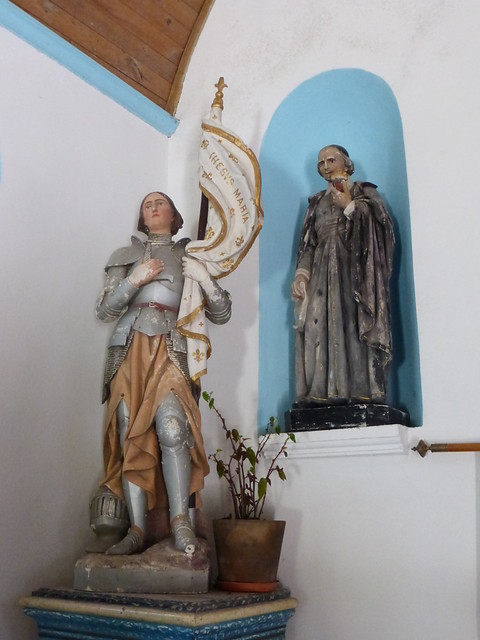 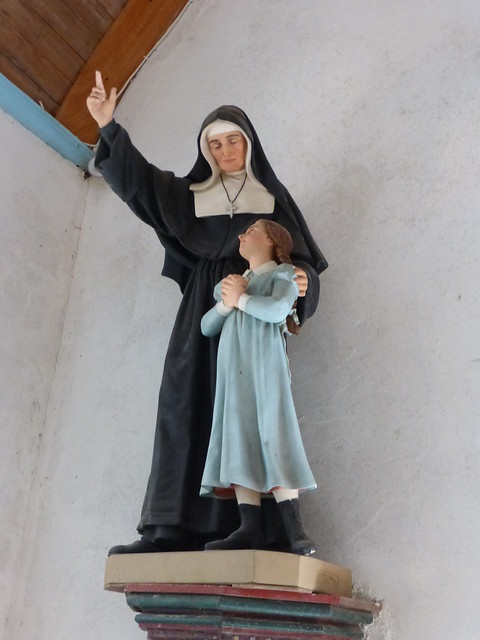 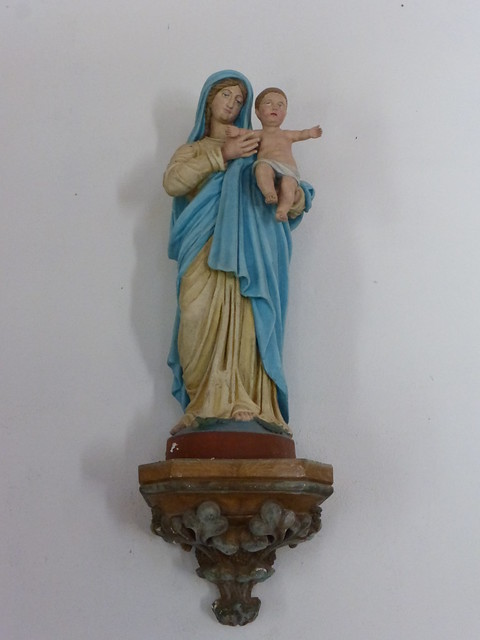 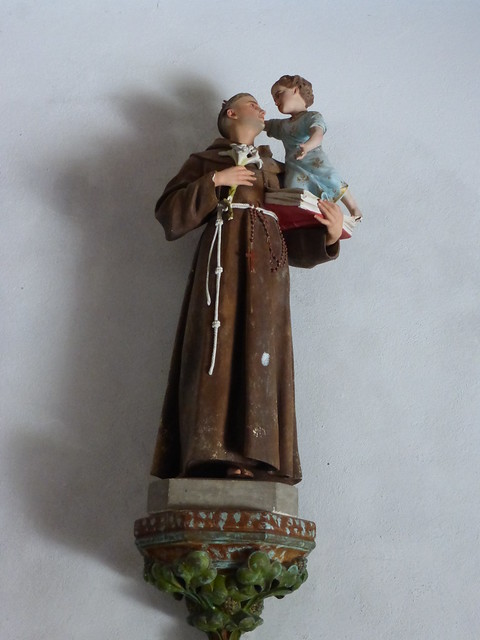 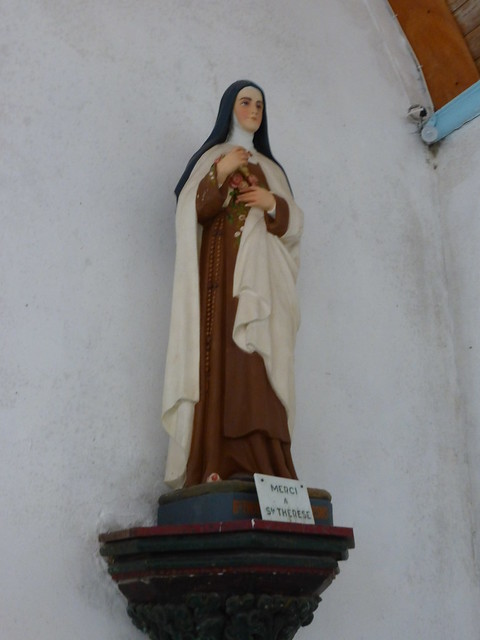 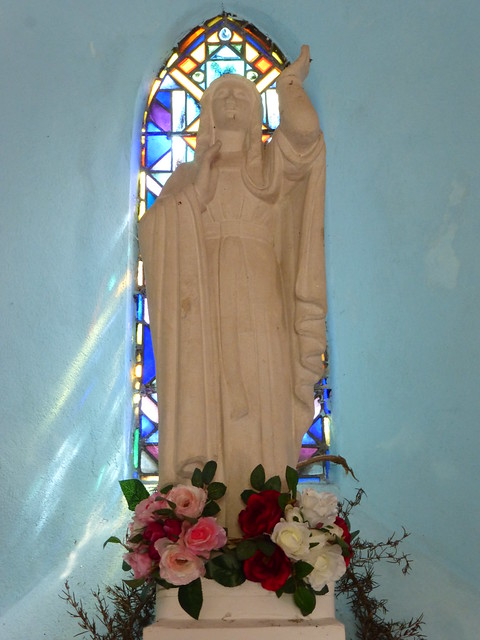 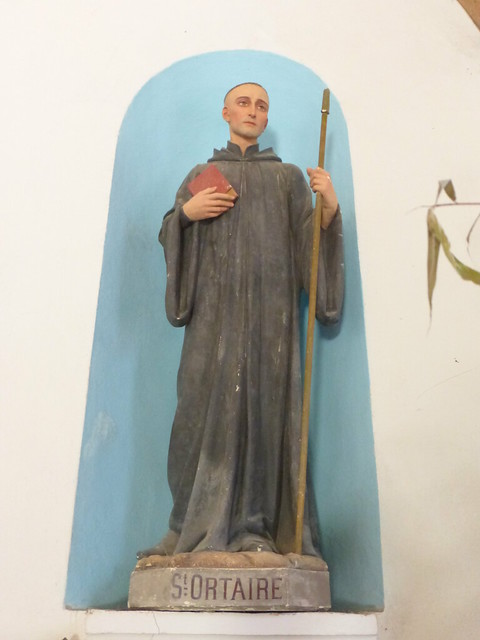 The windows are of note also for being from the workshop of famous glass maker Mauméjean. 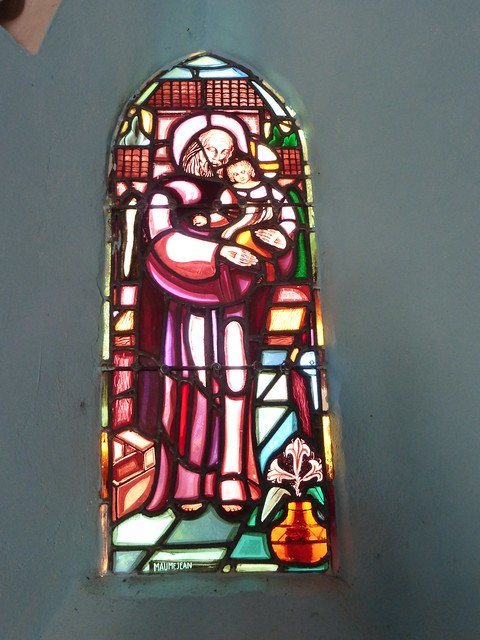 The first one depicts Saint-Joseph carrying the infant Jesus. 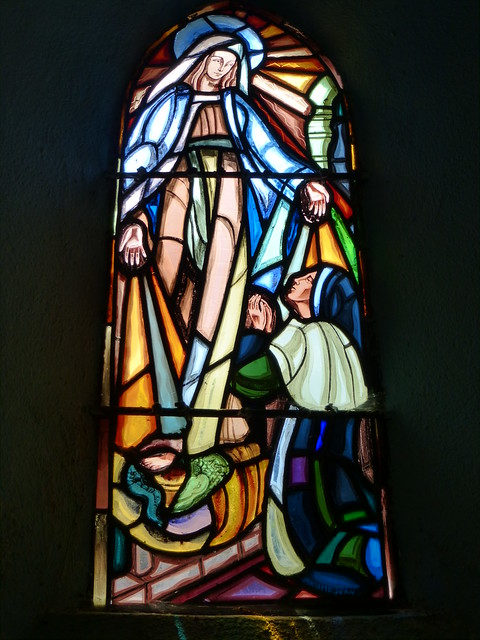 The second one depicts the apparition of the Virgin to Ste-Catherine Labouré in the chapel at the convent at Rue du Bac in Paris. 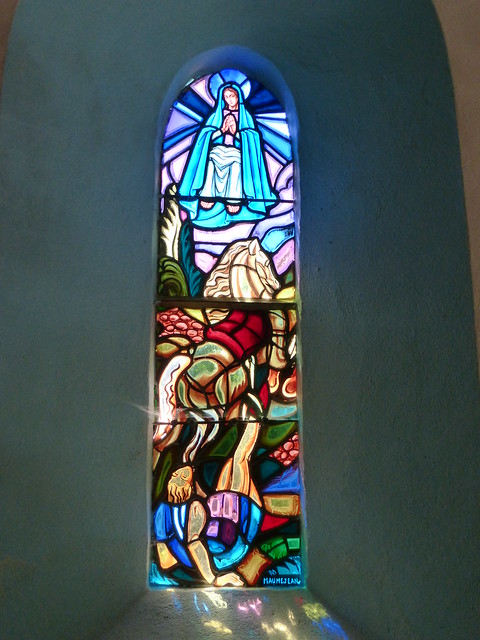 The third one depicts the apparition of the Virgin to the knight who built the chapel in Vesly. 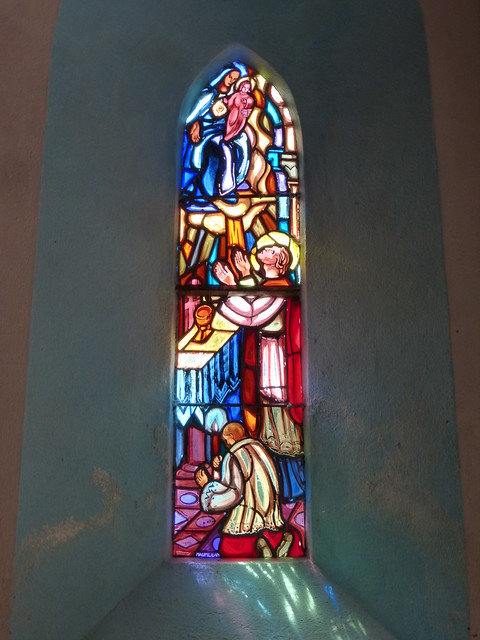 The fourth one depicts the Virgin blessing the mission of Father John Eudes to Vesly. 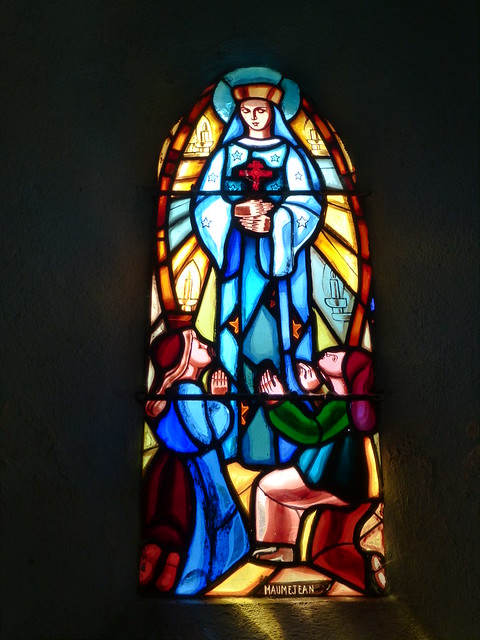 The fifth depicts the Virgin appearing to children in Pontmain. 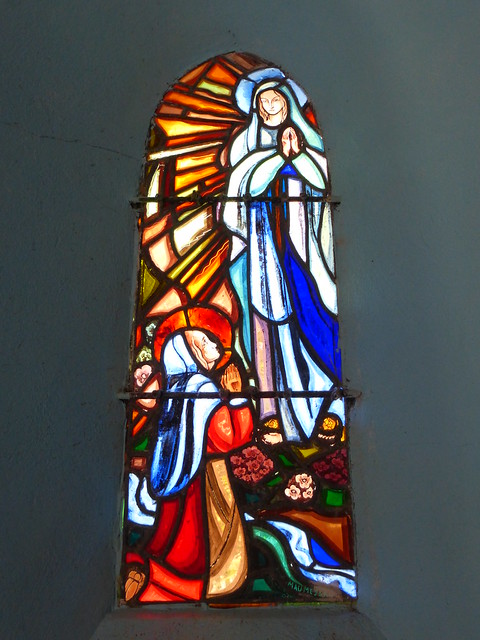 The sixth window depicts the apparition of the Immaculate Conception to Bernadette Soubirous at Lourdes.