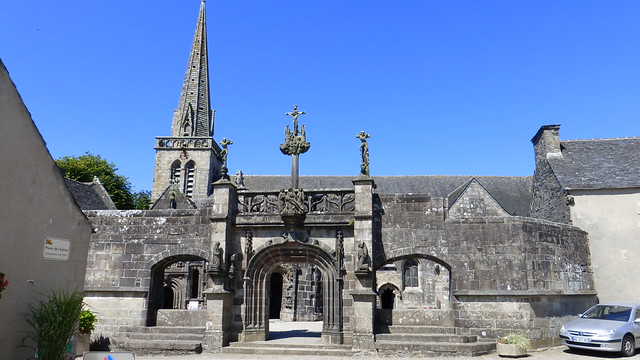 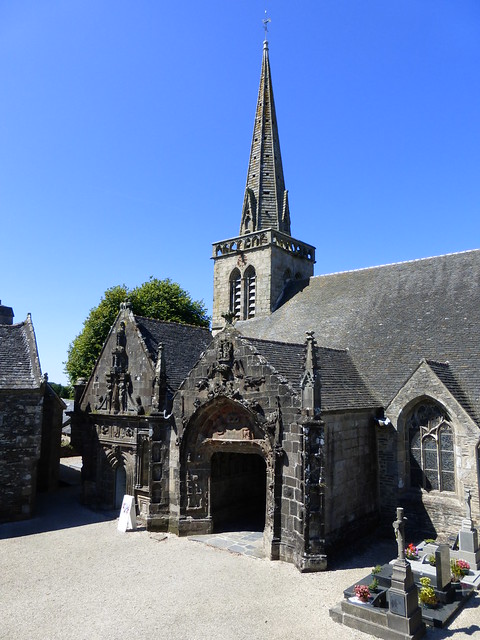 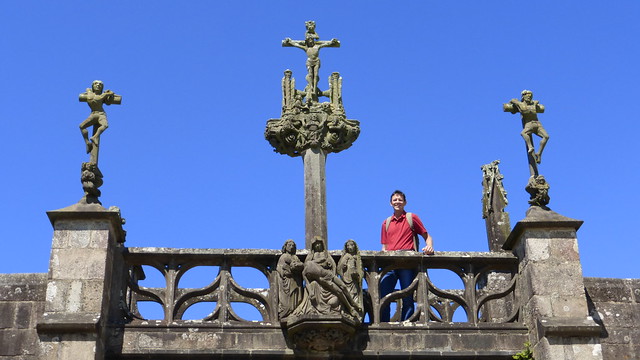 I can’t tell you how glad I was to finally reach La Martyre. It meant that I could sit down on a park bench near the church and eat my lunch. I was so hungry. After eating, I was able to take my time and really enjoy visiting the parish close, the oldest in the Léon region. 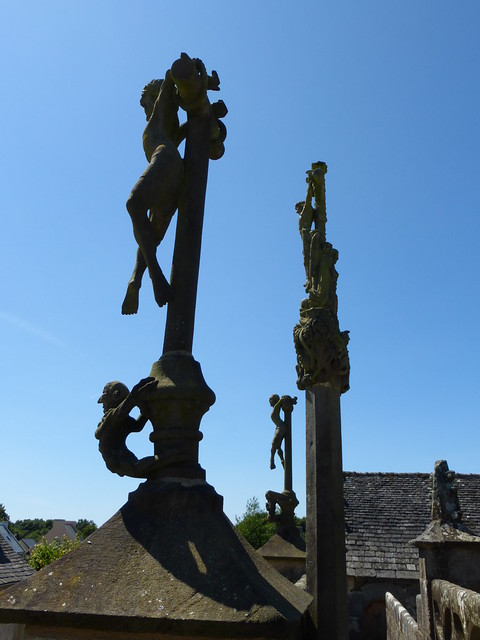 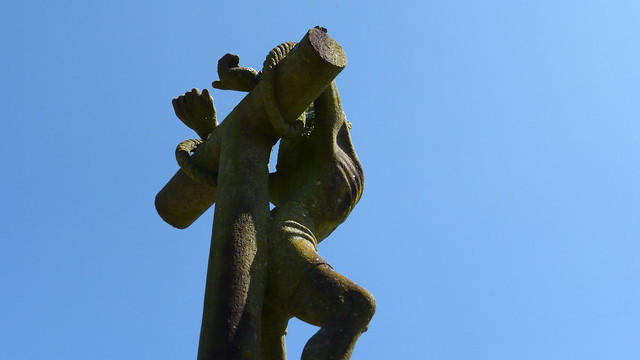 It opens onto a triumphal arch with a Flamboyant balustrade walkway and a small Calvary that dates from the 15th and 16th centuries. 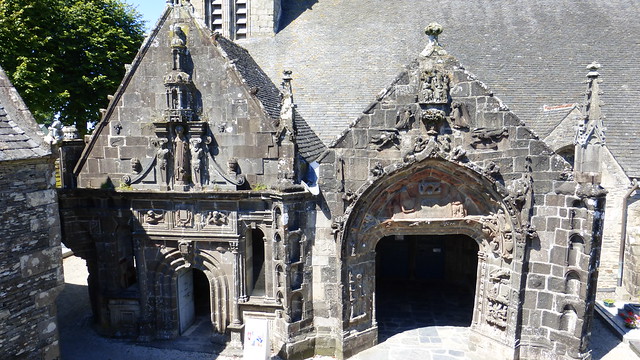 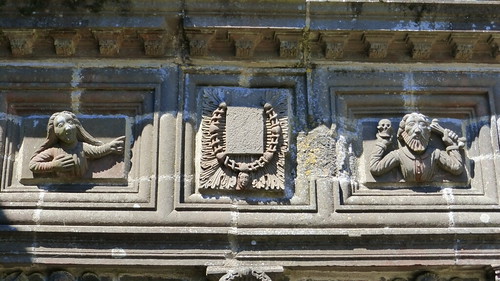 The south porch is of kersanton stone and depicts several scenes from the life of Christ. Another notable scene above the entrance of the church is that of the Nativity. 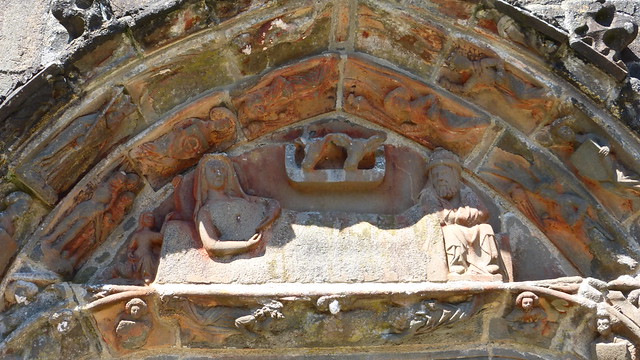 It is rare because it shows the Virgin lying down and breast feeding--it has since been chipped away and mauled by a parish priest who thought it was not appropriate. 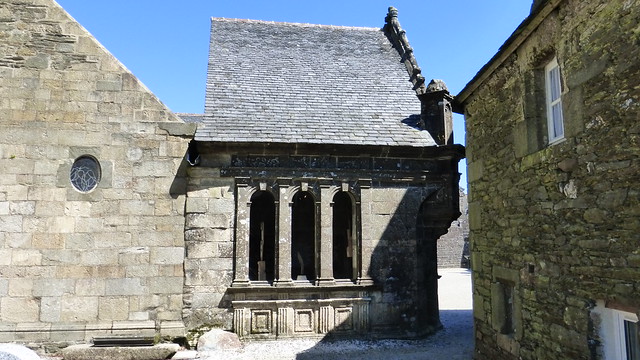 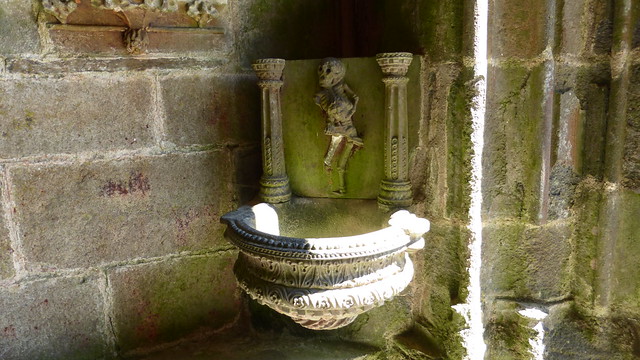 The ossuary is from 1619 and above the water font is the image of a man, Death, brandishing a skull and crossbones with the quote : "la mort, le jugement, l'enfer glacé, quand l'homme y songe, il doit trembler : fol est, si par mégarde son esprit ne voit qu'il faut mourir" (If one is not careful, one will not see that they must die). The church is dedicated to Saint Solomon and has a beautiful porch on the south side which dates from 1450-1455 and celebrates the Nativity (in the arches, you can see scenes from Christ’s childhood). 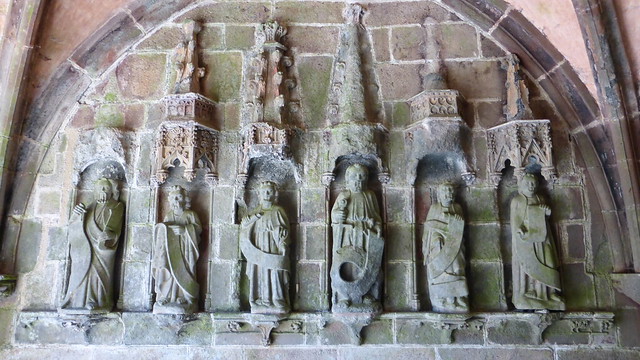 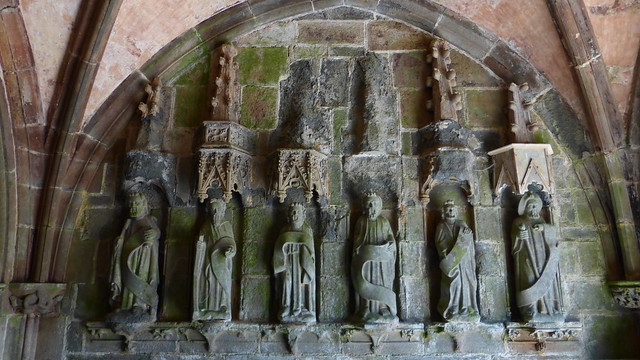 The entrance of the main porch also has statues of the twelve Apostles--something that is quite popular with Breton churches, it seems. The bell tower dates from the 13th and 14th century. 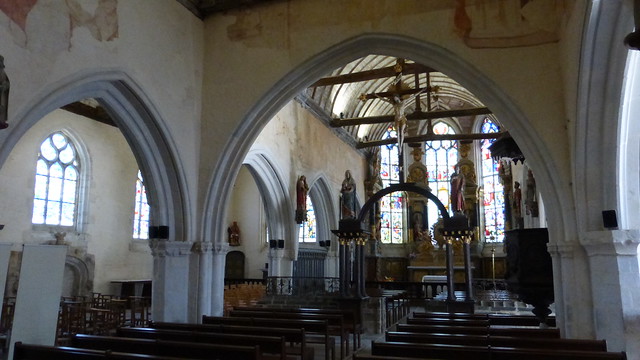 Inside there is some stunning woodwork and some fragments of 16th century stained glass. 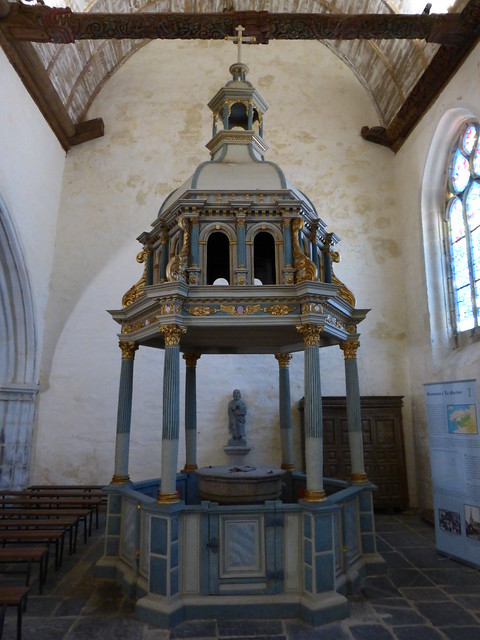 The canopy of the baptismal font is the work of Jean Le Moing (1635) and bears the inscription of the artist. The altar was executed in 1706 and is the work of Alain Castel. There are however much older works such as this altarpiece from the 15th century dedicated to Saint John and Saint Paul. 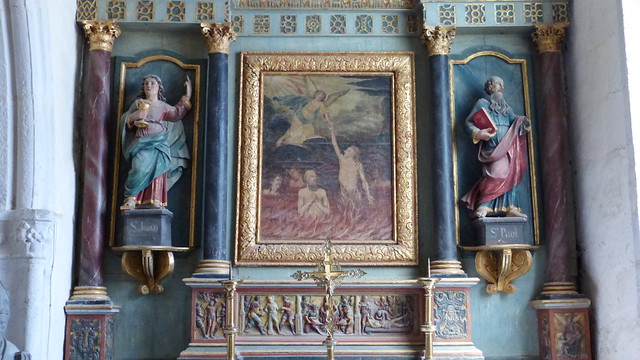 The center painting depicts angels cleansing the souls of those in Purgatory. The crucifixion of the central window is the work of Jost de Negker dated 1535. Stained glass of the north aisle depict the Dormition of the Holy Virgin, the Last Judgement and the Tree of Jesse all dating from 1562. 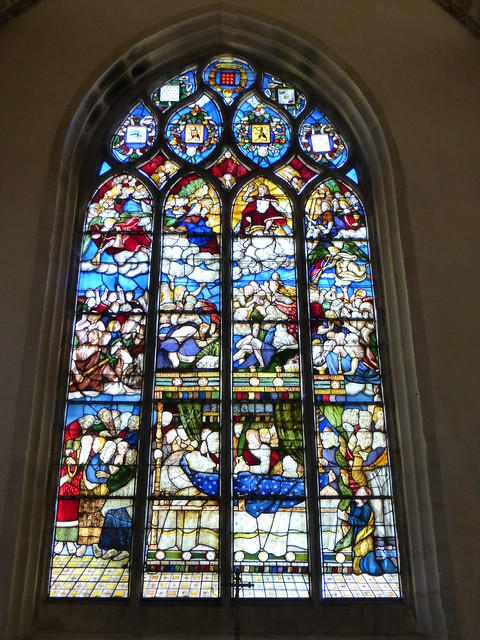