Built in 1730, le château de Querqueville is an important 18th century structure situated in the verdant valley of the Floris.  Today it houses the local offices of the mairie.  Surrounding the building are hiking paths and beautiful blue hydrangias. 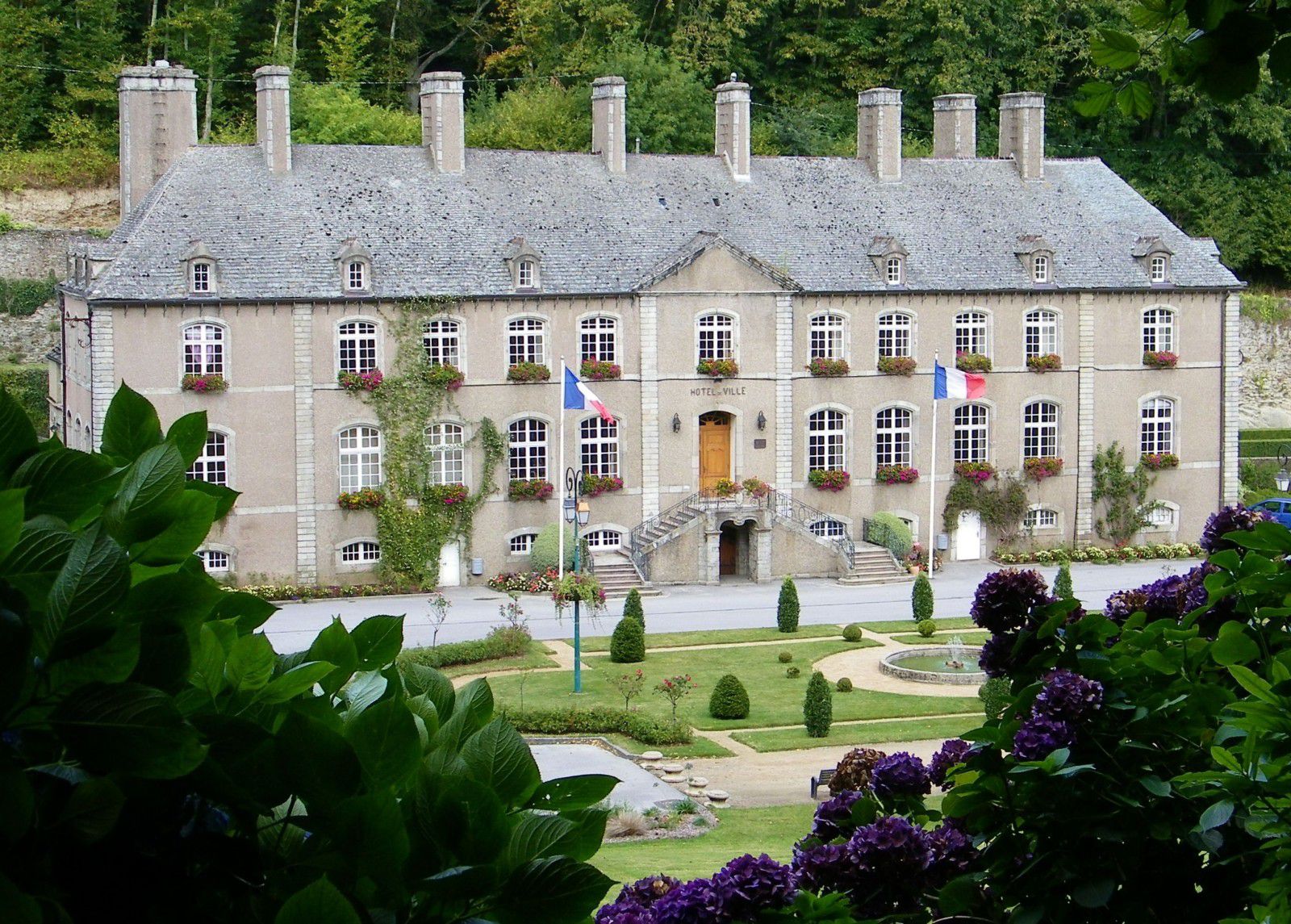 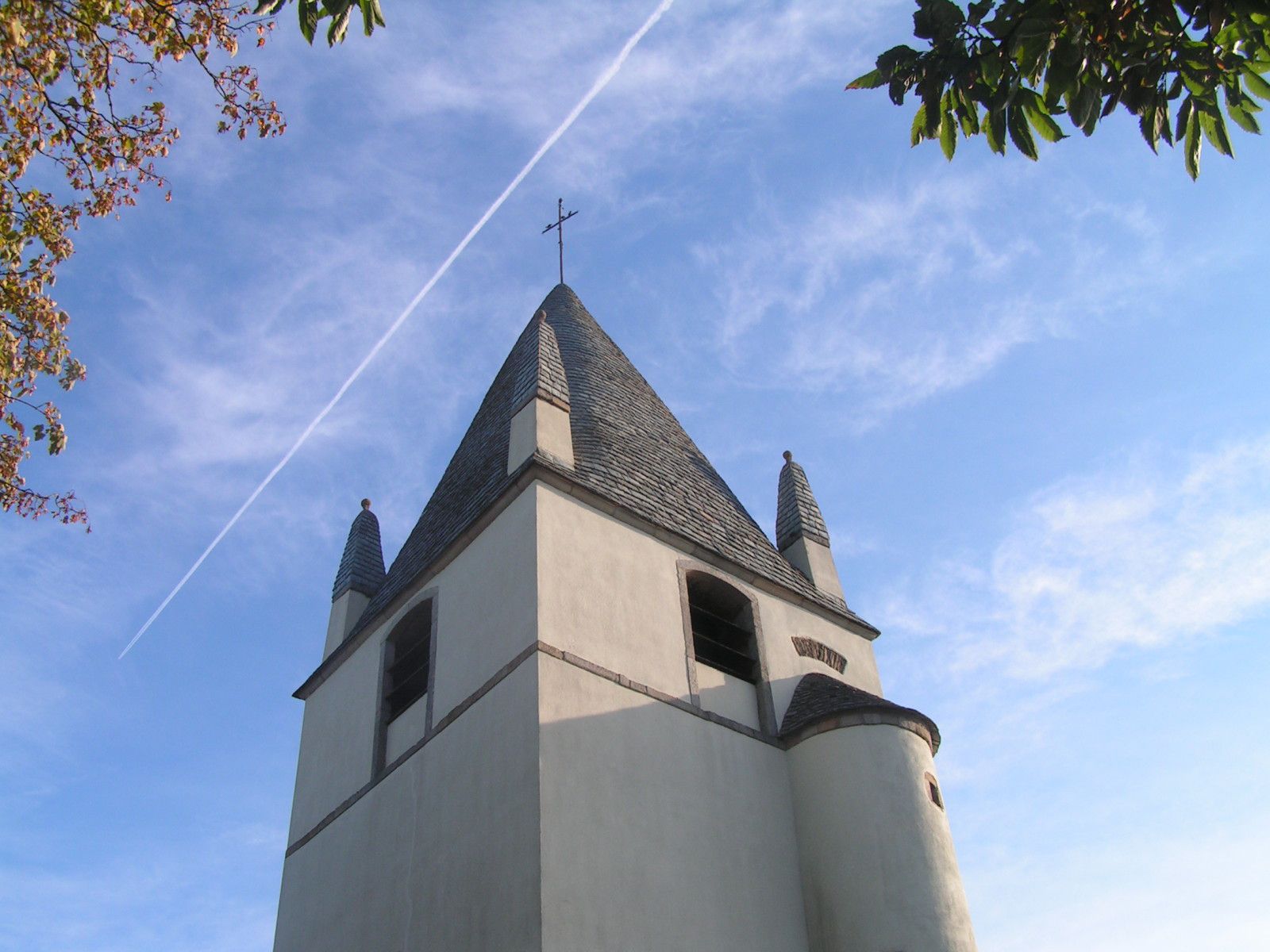 L'église Notre-Dame de Querqueville is where I attend Mass on Sundays.  Sometimes it is held in another church in Urville-Nacqueville which isn't as old and has more of a modern flair to it than Notre-Dame.  Notice how from this vantage point at the top of the hill one can see all of Querqueville.  In the distance is the rade de Cherbourg and digue de Querqueville.  Beside the main church is the 12th century Chapelle Saint-Germaine. Excavations have revealed that the present chapel was built on older foundations dating back as far as the 9th century.  Querqueville’s name comes from the Nordic word “Kerk,” meaning “church” and that of “Villa” (Frankish name) meaning “field.”  It can be deduced from evidence of an ancient necropolis around the old foundations that on this site a religious building of sorts existed even as early as the 7th or 8th century. Inside the church of Notre-Dame above the altar is the image of the virgin rising to Heaven during the assumption. The church is noted for it's beautiful stained glass windows that cast a rainbow of colors throughout the nave on sunny days. Fort Chavagnac was built from 1854 to 1869 about 2 km northwest of Cherbourg.  Along with several other forts and a long harbor wall, Fort Chavagnac defended France's northern naval base at Cherbourg. It has a triangular edifice with rounded edges, designed to cross fire with the western battery on the end of the harbor wall.  Swiveling armored dugouts were added to the fort during World War II, and a stone parapet and a breakwater were also added for strength.  Like all the main forts that make up the rade, it was concreted at the end of the 19th century and electricity was installed.  The fort is now in ruins, and can only be admired from the sea. Nearby, the digue de Querqueville was built from 1889 to 1896 using numerous blocks of granite from quarries located in Flammanville and Dielette.  Weather permitting, the walk on the 1.2 km digue can give the impression of walking water.  During World War II, the digue was the terminus for Operation Pluto, which provided France with pipelines of petrol from the UK.  Without this important base of operations, the American allies would have had no way of supplying troops with those things (tanks, ammunition, fuel, etc…) needed to push the German army back to Berlin. On stormy days, especially during the Equinox tides, strong winds help create waves that slam against the digue creating enormous showers of sea-spray.  Fortunately, all boats harbored within the rade de Cherbourg are protected from Normandy’s frequent stormy weather. Fortunate enough to live near Querqueville beach, I have the opportunity to see ships great and small enter Cherbourg.  In the summer season (July and August) the beach is crowded with people.  Still, there can be cold weather, chilling winds and tides that keep folks away during these months.  However, I like taking long, quiet walks along "la plage" any time of the year. 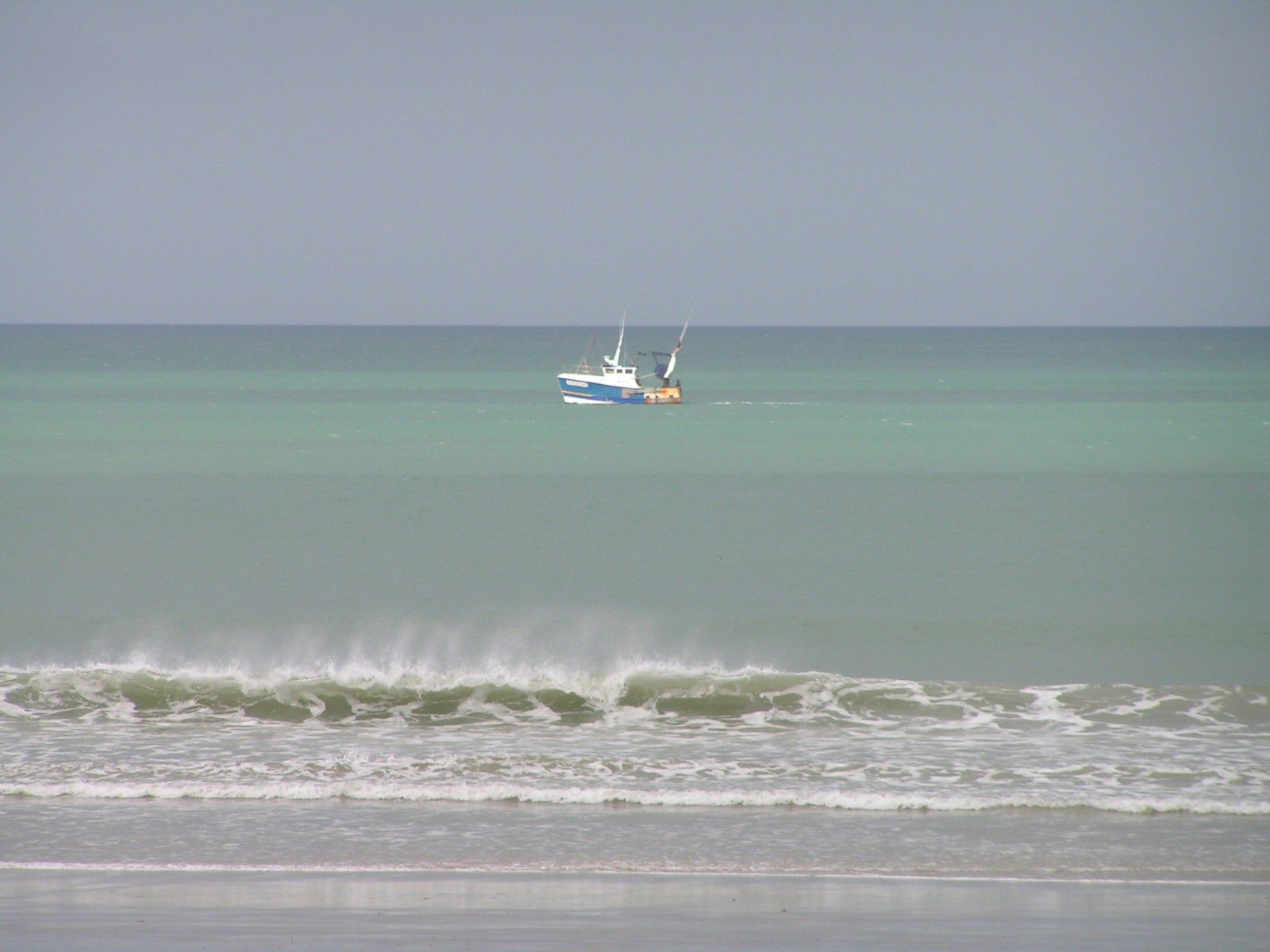