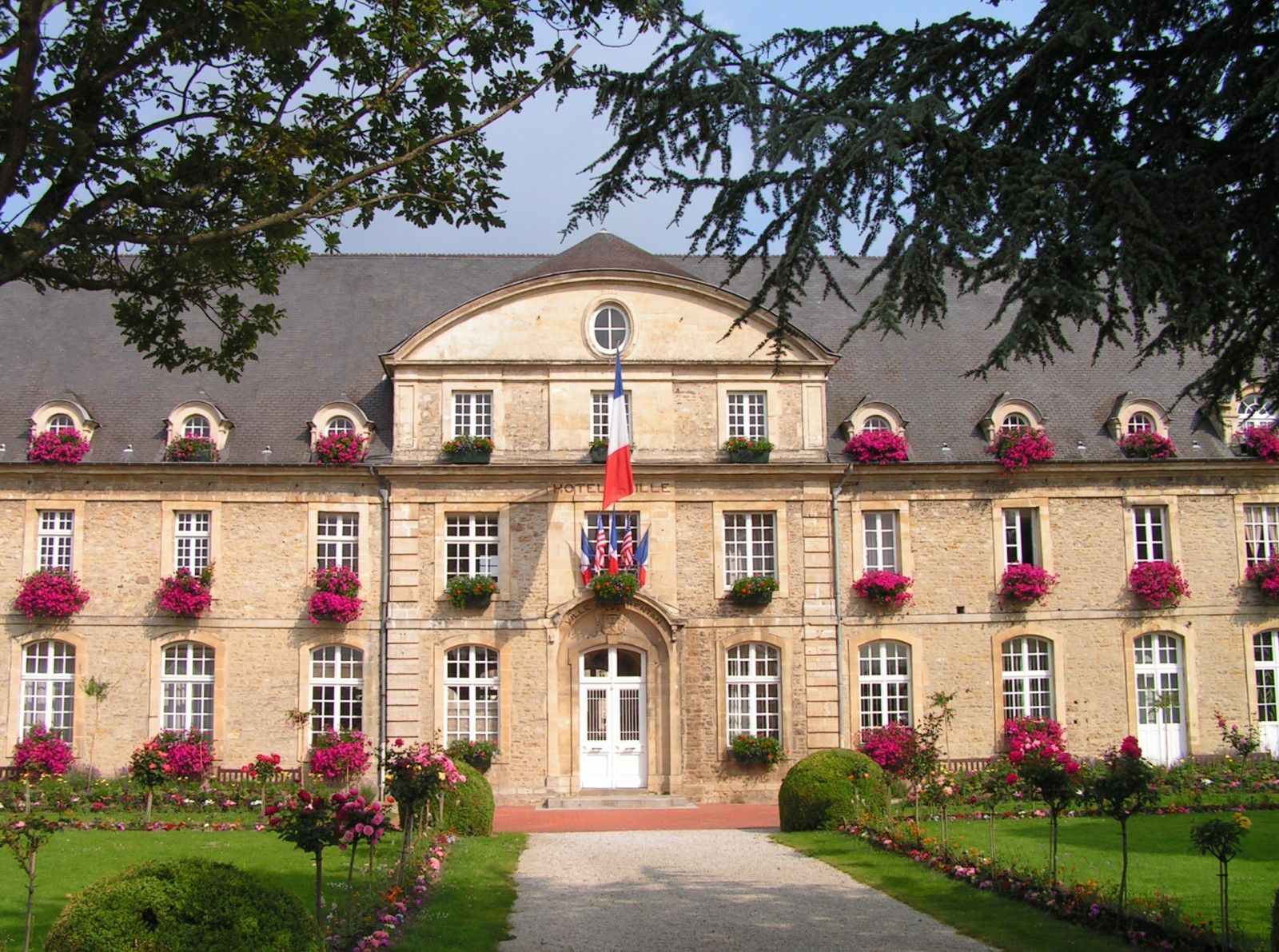 Carentan’s town hall was constructed between 1644 and 1652 by the Sisters of the Order of Our Lady who opened a convent there.  However, in 1792 the nuns left the convent and the building came to serve as a barracks, military quarters, police station, school, police court, library, and finally the municipal offices we see today. The Cathedral of Notre-Dame de Carentan was built in the 11th century.  By the 15th century the English occupied the country and the church was in ruins.  Reconstruction began again with endowments from the knight, Guillaume de Cerisay and the dedication took place in 1470. The stained glass windows that date from the early 16th century were saved from American bombers in 1944 because the old glass had been taken out in 1940 and stored safely in the countryside.  Unfortunately, the same cannot be said for other parts of the church that were seriously damaged such as the spire, the west door, the choir, the roof and the clock. The Medieval arcades are an example unique in Normandy of four medieval houses incorporating 10 pillars. They are said to be the remains of a former covered market which in the 14th century is also said to have existed on the south side. Le Lavoir des Fontaines was built in 1784.  It has a shallow sink of bedded stone open to the sky surrounded by a covered gallery of massive square columns dressed of Caen stone.  The roof is a wooden structure made completely without nails. The vast wetland of the Marais de Carentan consists of 27,000 hectares rich in flora and fauna.  It is a favorite stop for migrating birds in search of an undisturbed habitat with plenty of food--waders and ducks in winter, storks, herons and cattle egrets in the summer.  In 1991 the area became a protected region called the “Parc Naturel Regional des Marais du Cotentin et du Bessin” and is popular with tourists looking to do some bird watching.