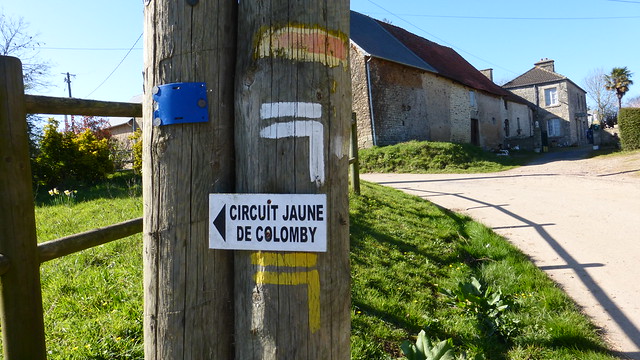 A few weeks ago I took a hike near the small town of Colomby near Valognes. After reading the alluring description online, I ended up walking over ten kilometres along mostly muddy pathways and farmers’ roads. Although the walk was rather short, it was not as delightful as the website hinted. Nonetheless, I had a wonderful time and would definitely encourage people to do this hike—although I would add that it should be done only when there hasn’t been any rain. The trails are enlivened by protective hedges that separate fields and forests, small winding streams and several stops amidst small villages with stone farmhouses. 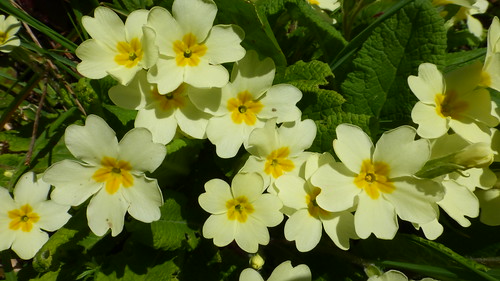 The name of the circuit is “Cul de Fer” which could either be translated as railway line or ass of fire—there is no hint of either along the route. 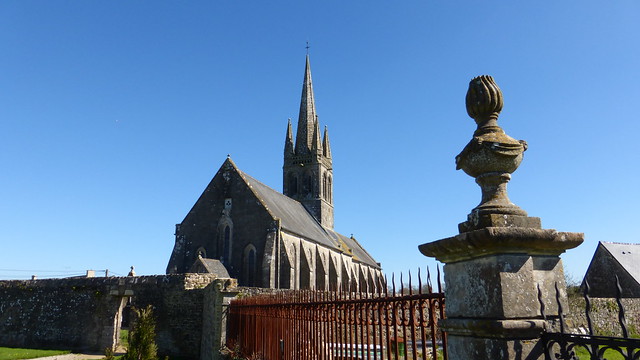 One of the first remarkable spots along the circuit was the Église-Saint-George in Colomby. It is from the 13 and 14 centuries and is purely Gothic in style. Sadly, it was closed the afternoon I was there and couldn’t see the interior. 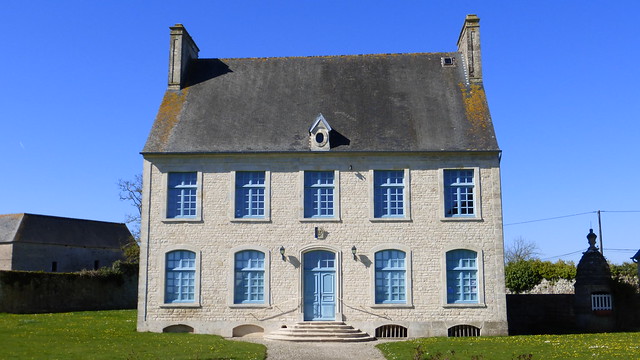 Right beside it is the town hall. Before leaving town, I stopped to admire a huge stone farmhouse called the Varangerie. 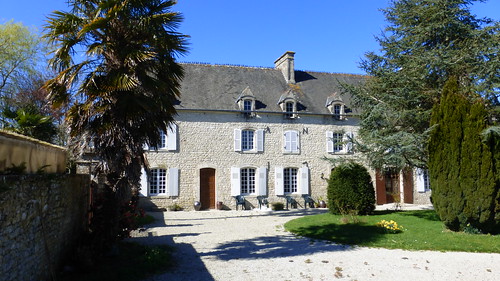 There are lots of buildings like this in the area. 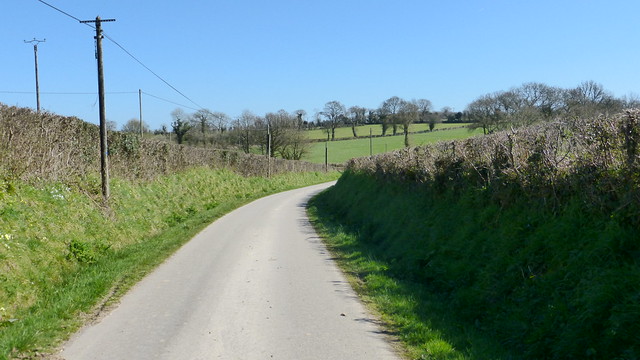 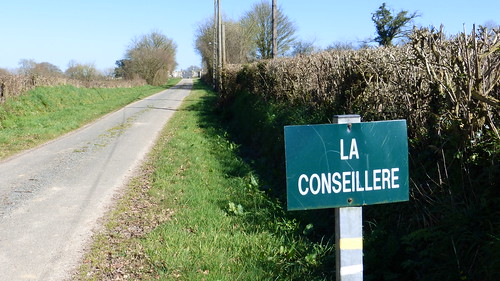 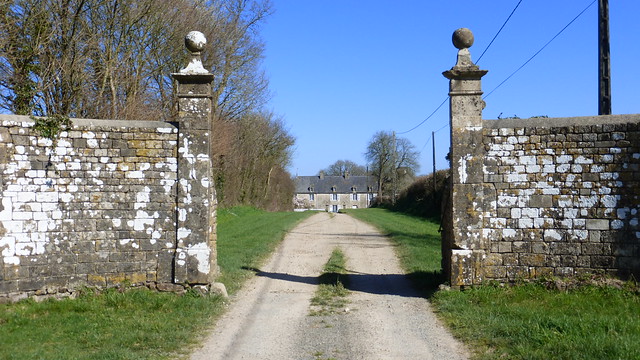 La Conseillère is just another one of those amazing stone farms along the route. It is reached through an imposing gate but something told me that I shouldn’t go much further than that. It seemed like it was a private property so I didn’t stray very far from the marked path. 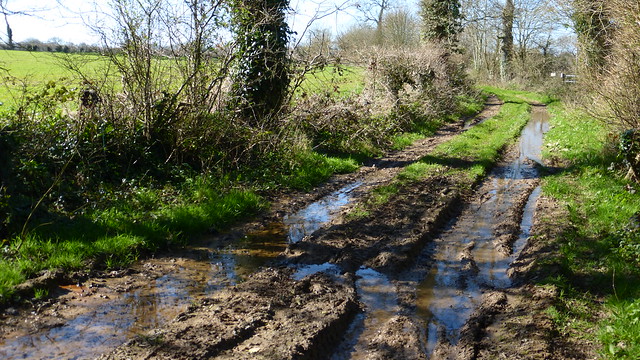 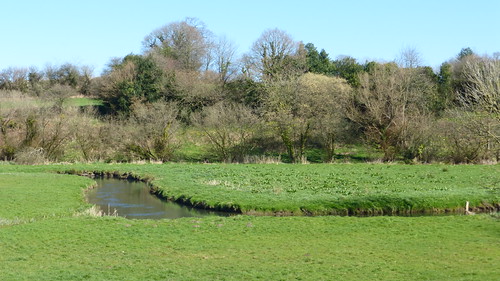 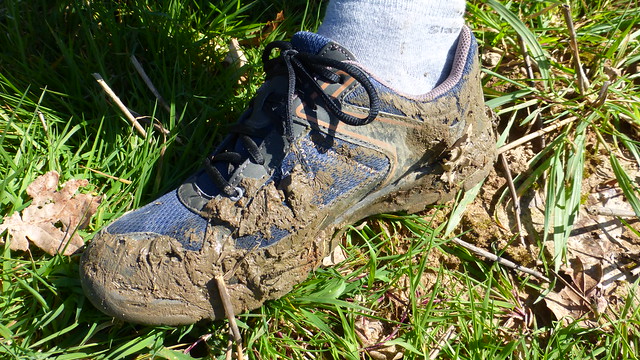 To be quite honest, it wasn’t so much a path as it was ankle deep mud. Perhaps I should have turned around and gone back to my car but something told me that this part of the route would only get better. It didn’t. There was a lot more mud to get through—much of the time I was trying to walk around it by going through fields or walking higher along the hedgerows. It wasn’t easy and my hiking shoes became caked in mud. 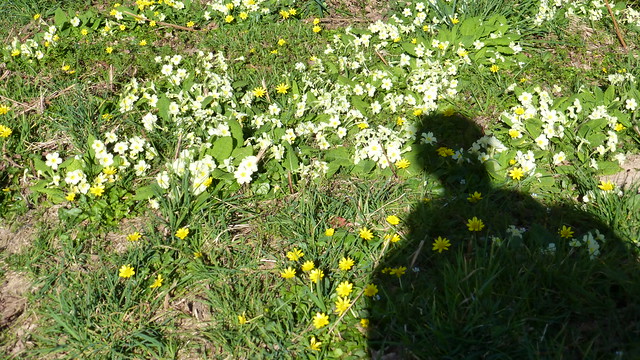 Still, there were some very nice views of the countryside and the many countless, wild primevère in bloom to admire. 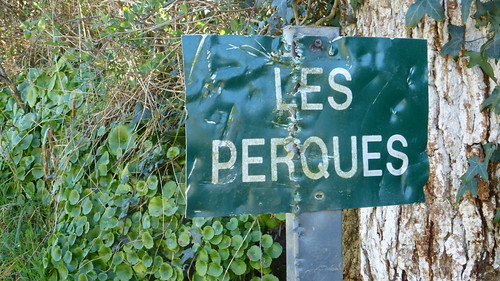 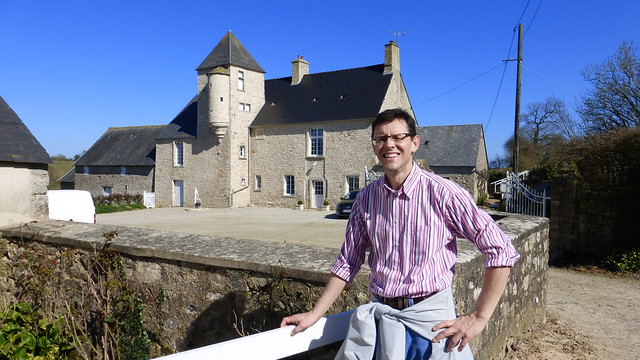 This is le manoir des Perques, a beautiful stone house with a massive turret. At one time it was believed that his house was a keep along what used to be a busy road. 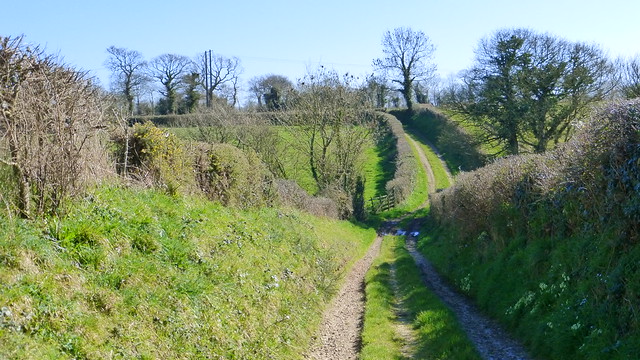 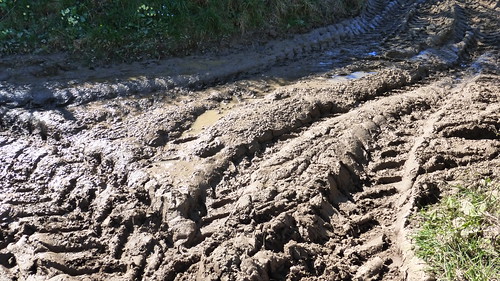 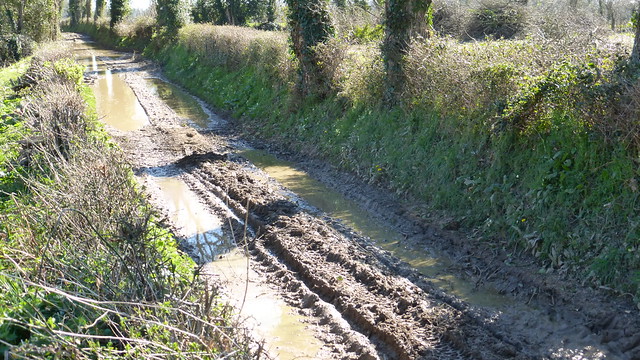 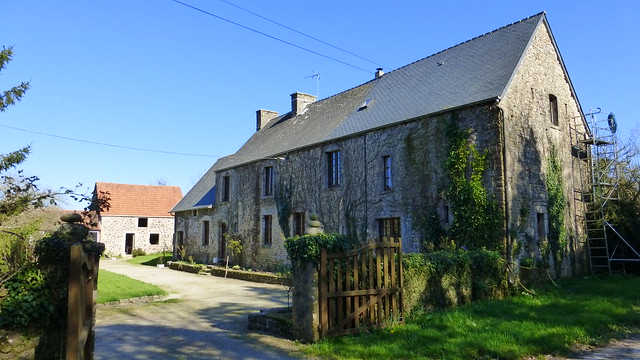 After more hills and even more mud, I eventually came to the small village of Boudosville which is remarkable for its grouping of stone buildings like this one. 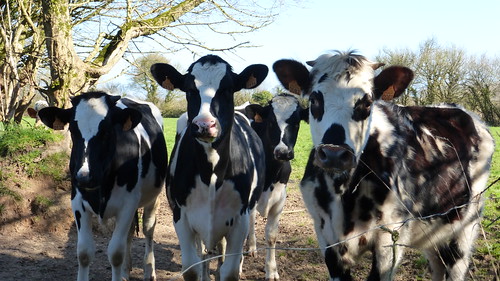 It was here I met a group of friendly cows who were curious as to what I was doing on their property. 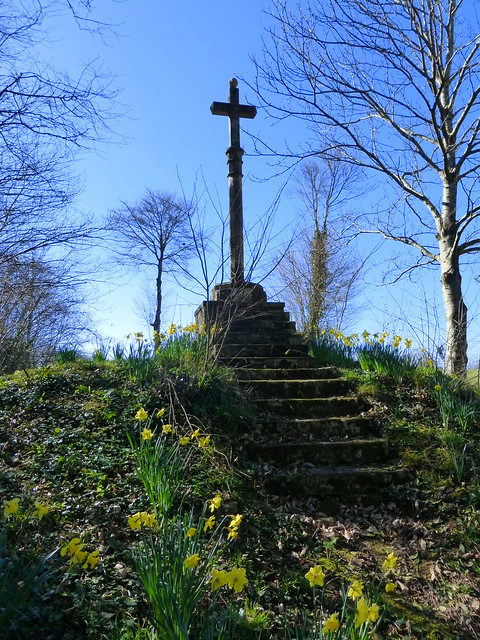 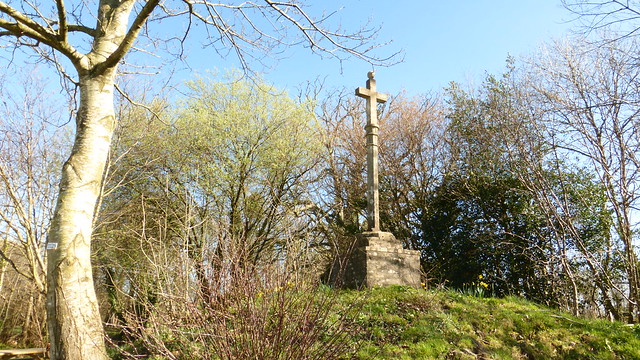 The small village of Boudosville is marked by a crucifix surrounded with daffodils and a few picnic benches where hikers like me could take a little break. 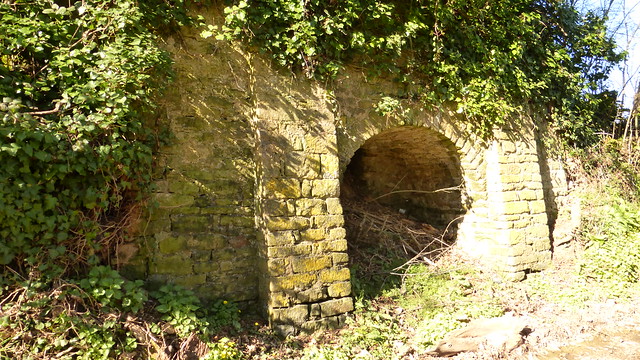 Nearby are the old lime kilns (fours à chaux) which produced the mortar used in building houses in the nearby area. The end of the hike brings you back into Colomby and offers stunning views of the church from a great distance. 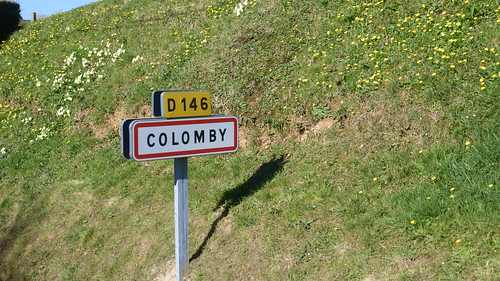 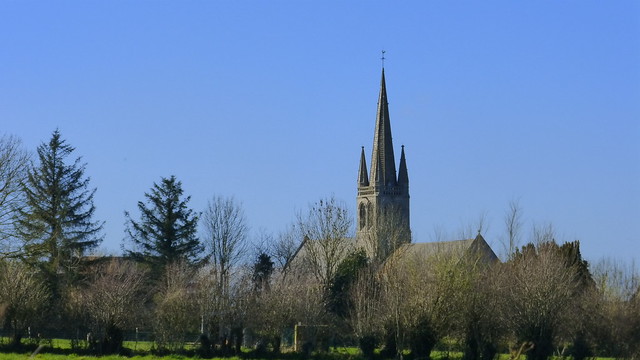 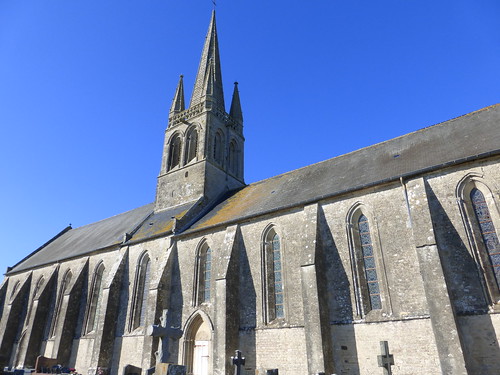