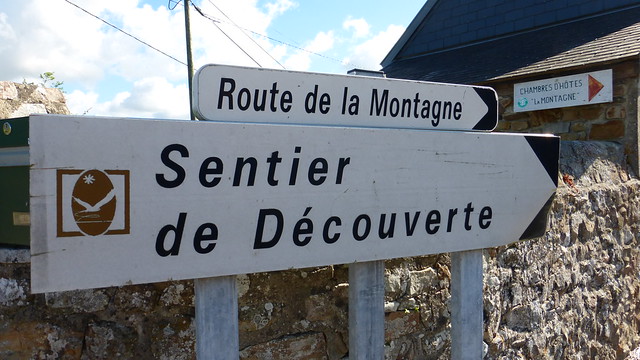 I went on yet another hike last weekend around Lessay which took me to several places of natural heritage including moors, forests, rivers and some charming little villages. To start, I had to park my car in the Fromagerie Réo parking lot and then find the signs that led to the sentiers de découverte of la Montagne. 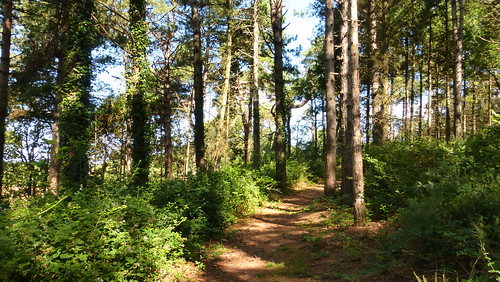 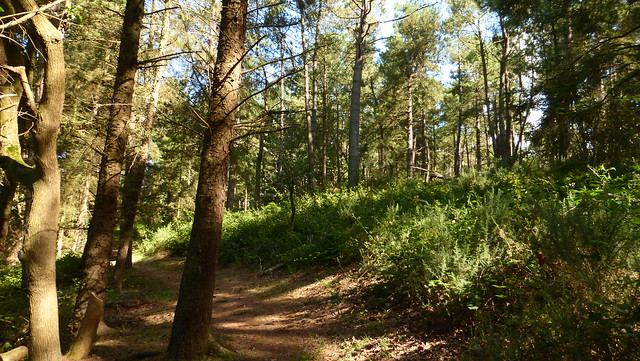 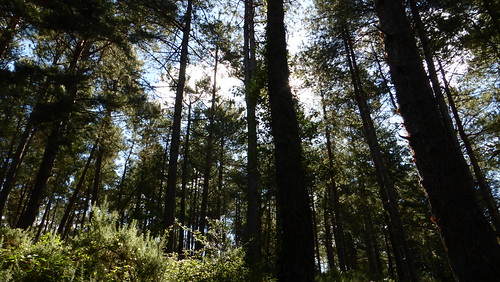 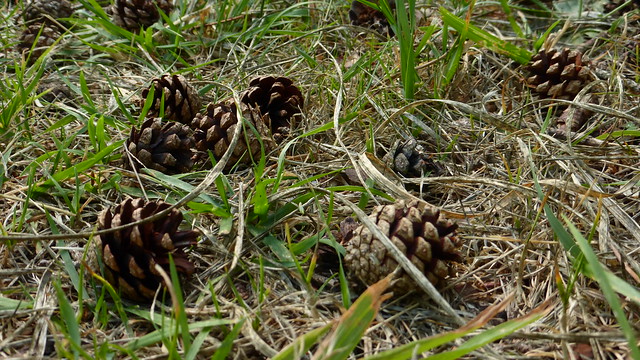 The best part of the entire walk is through this patch of pine forest which borders the Tourbière de Mathon, a peat bog or mire. 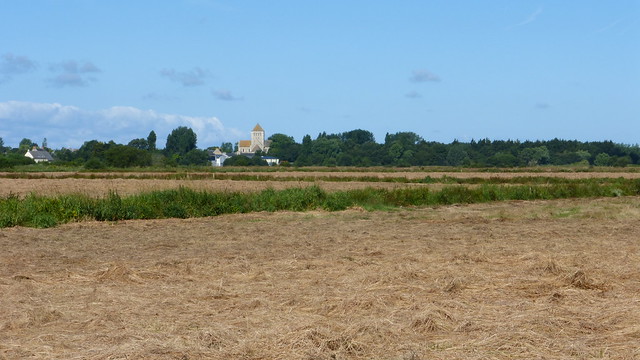 Across the tourbière you can see the abbey of Lessay in the distance. 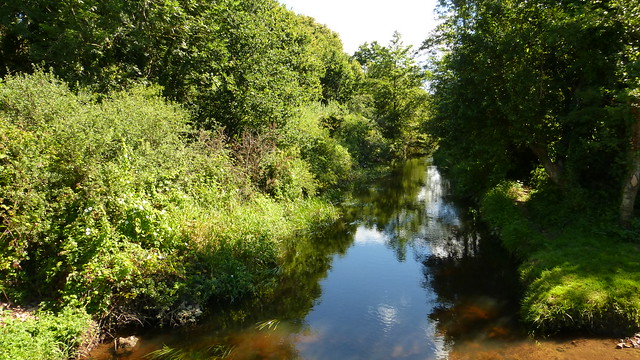 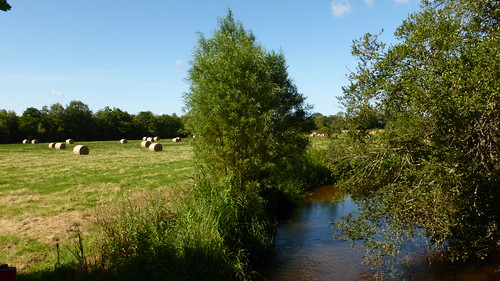 Parts of the walk take you across or along the coastal river of l’Ay which empties into the Channel only after flowing through Lessay and the great harbor of Saint-Germain-sur-Ay. 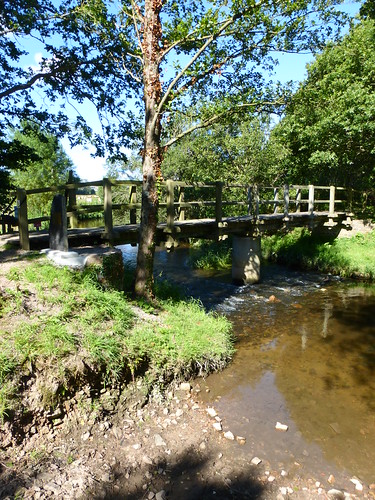 On July 29, 1944 American soldiers built a bridge over this river. 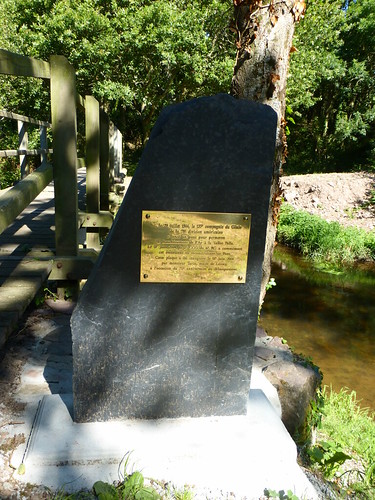 The bridge that exists here now is all that marks the spot except for a new memorial plaque which was erected here on June 7, 2014 to commemorate the D-Day landings. 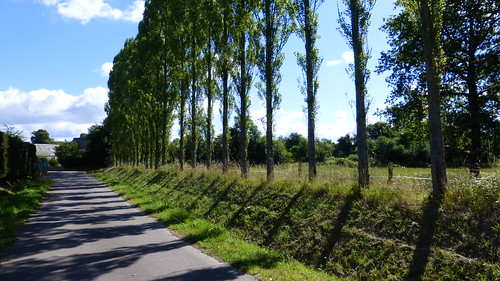 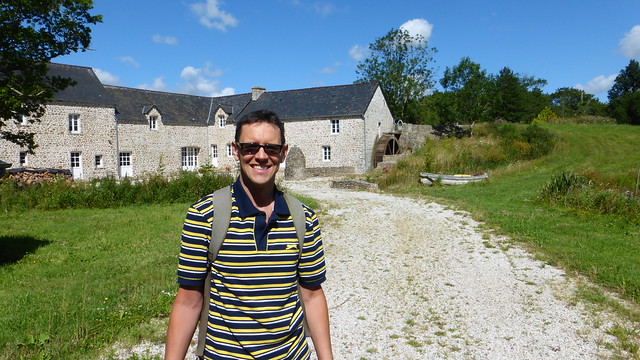 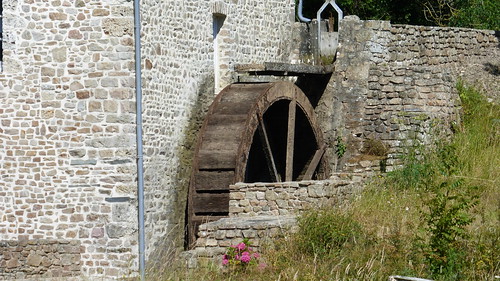 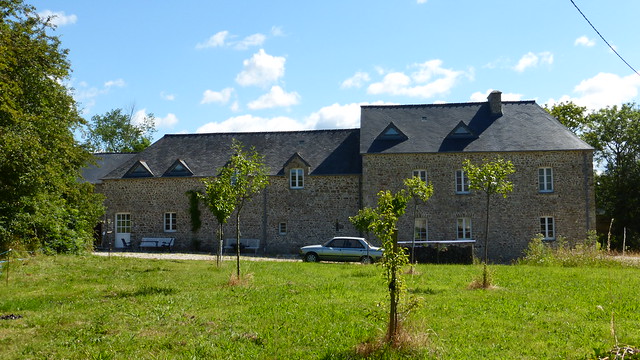 One of the places that the Manche tourism guide online says to see is the Moulin de Pissot in the village of Pissot. Unfortunately, their map and their directions are completely wrong. With a little effort on my own part before heading out, I was able to create my own map and had no problems finding the  newly restored mill. 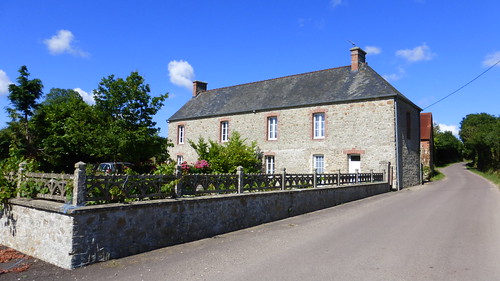 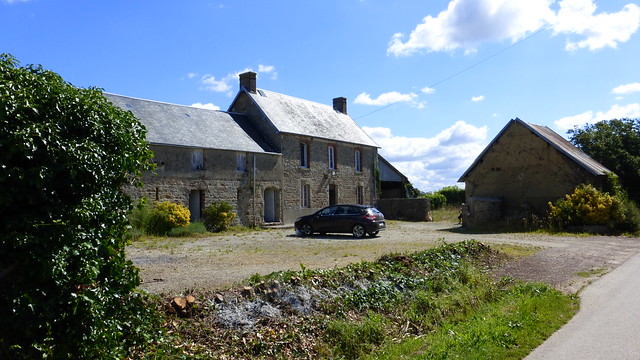 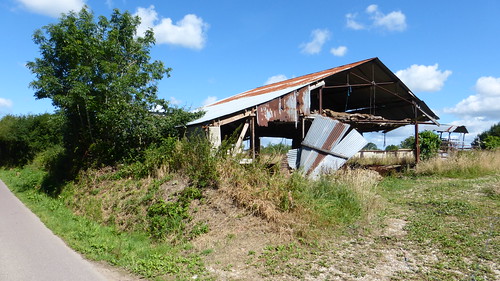 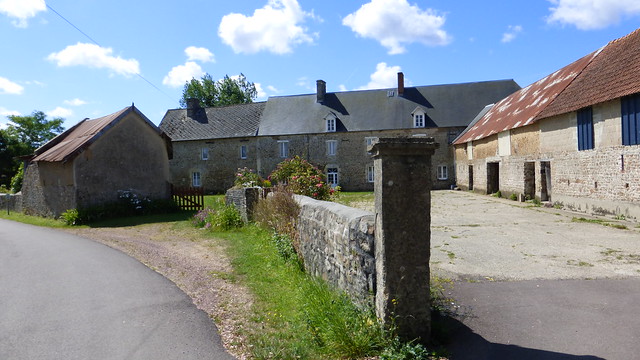 There are not many large mansions or castles to see along this hike but you can’t help finding some dignified farm houses along the way. 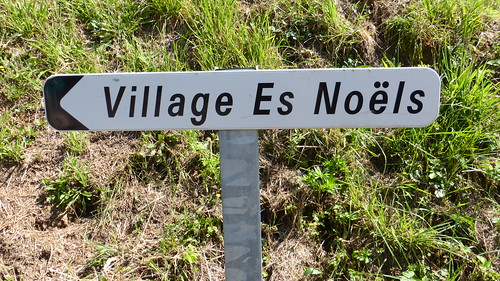 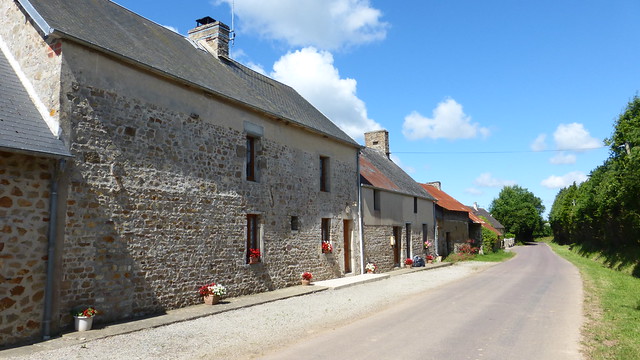 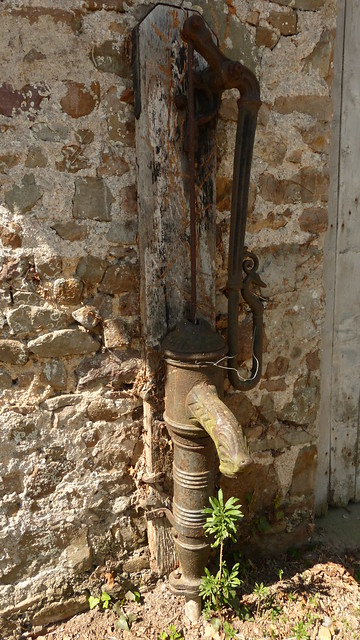 On the way back, through the route de Renneville, I came across a small village made up of three or four houses which had the most appealing name: Village es Noëls which could probably mean the village of Noël or even the village at Christmas. Who knows ? I thought it was attractive. 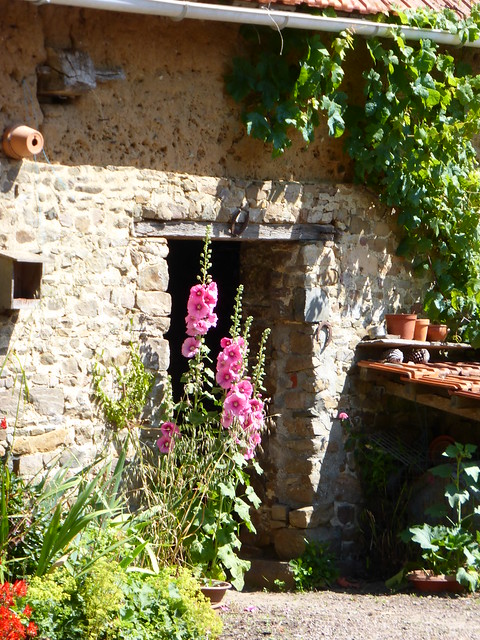 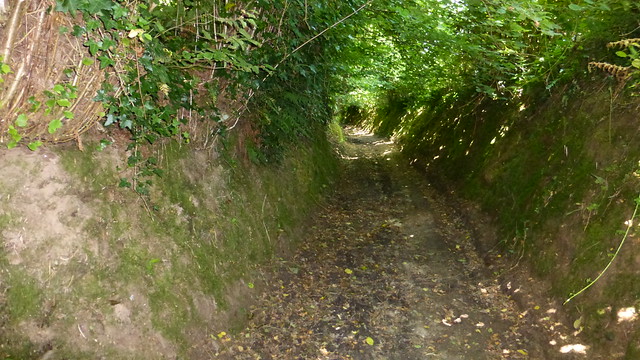 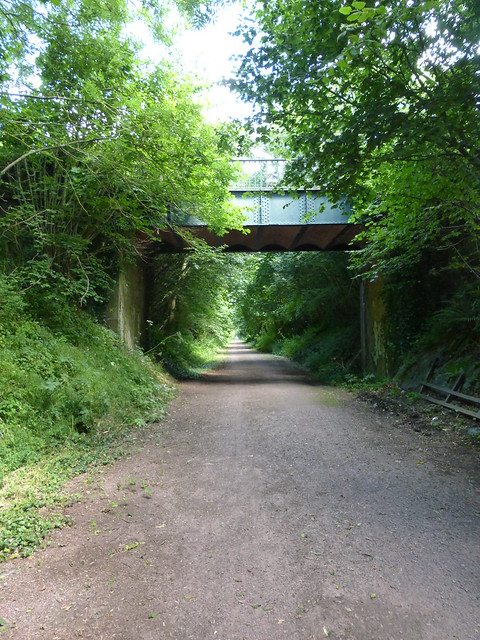 Past some more interesting houses and even a short stint through a covered hedgerow, I eventually came to the old railway line which once connected Coutances with Sottevast for over 100 years. It closed in 1984 and is now a green path between Cambernon and Rocheville (Bricquebec). 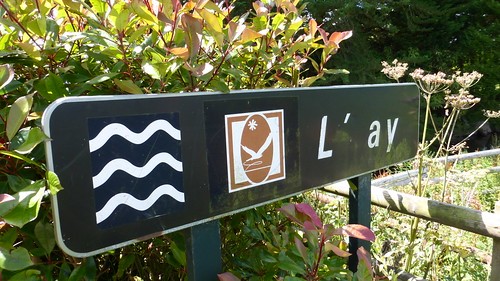 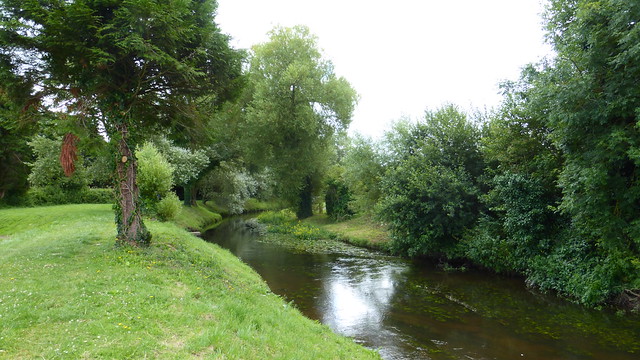 After getting back to town and following the River Ay, I took a much needed rest and ate my lunch in the shadow of the abbey. The Abbaye de Lessay is an 11th century Benedictine abbey that once flourished in Normandy. It has a rather ironic history in that it was one of the few monasteries that managed to stay perfectly preserved throughout the 18th and 19th centuries. 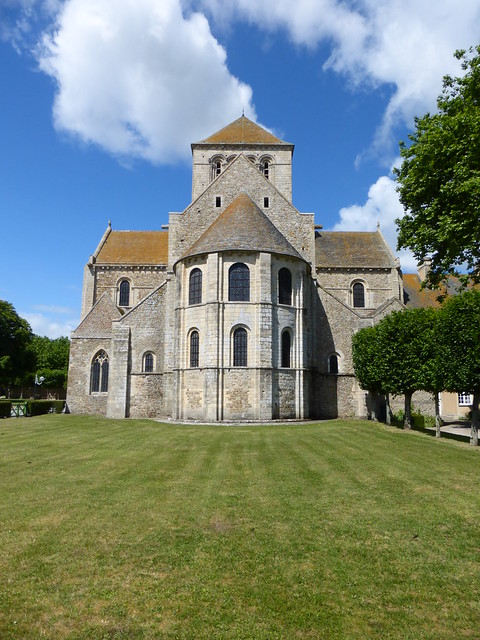 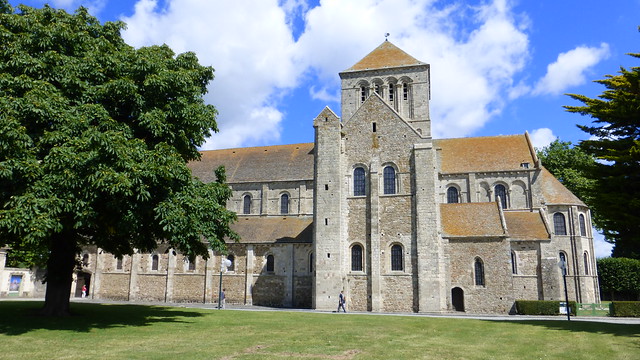 Unfortunately, it was completely destroyed by retreating Germans on July 11, 1944 during World War II. In 1945 the abbey church and its former monastic buildings underwent a remarkable restoration carried out under the direction of Yves-Marie Froidevaux, Chief Architect of Historic Monuments, using archived material that was preserved in Paris. In 1958, the church opened again for services. Today, the monastery buildings are privately owned and not open to visitors. Every summer, concerts are held in the abbey. 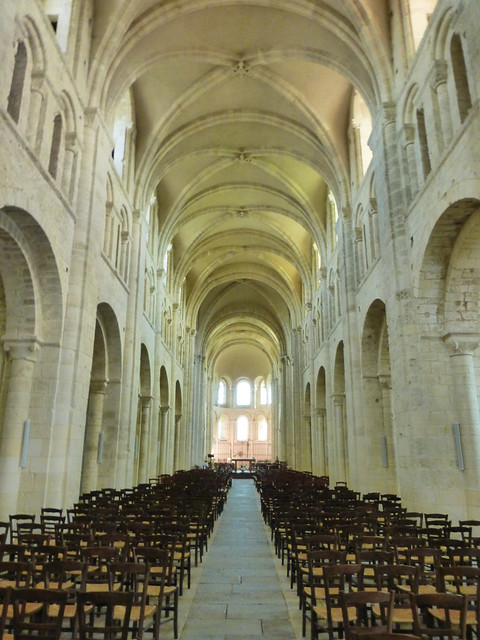