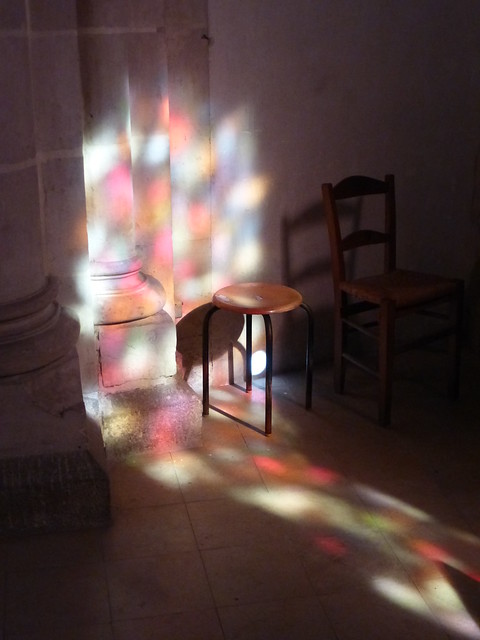 Over-Blog is one of the worst blogging platforms ever.  The ability to insert photos is constantly changing.  Even now, it is impossible to insert photos from my Flickr account the way that I want them.  You will have to appreciate them like they are...sadly, I can't figure out how to post them the way that I used to.  To see  all of my photos, GO HERE. 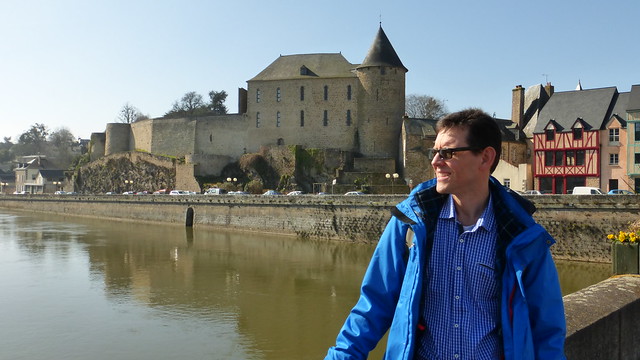 The last place I visited on my trip to the Mayenne was the actual town from whence the department gets its name.  In medieval times, the town was the seat of the Lords of Mayenne. It originated when Juhel II of Mayenne built a monastery near the gate of the pre-existing castle, which led to the formation of a settlement.  Mayenne was besieged two times in 1574 and 1590, and suffered substantial damage. It was rebuilt and re-embellished in the following century thanks to the help of Cardinal Mazarin.  It however suffered from plague in 1707.  On 9 June 1944, during World War II, it was bombed by English airplanes, which caused heavy damage and numerous casualties. 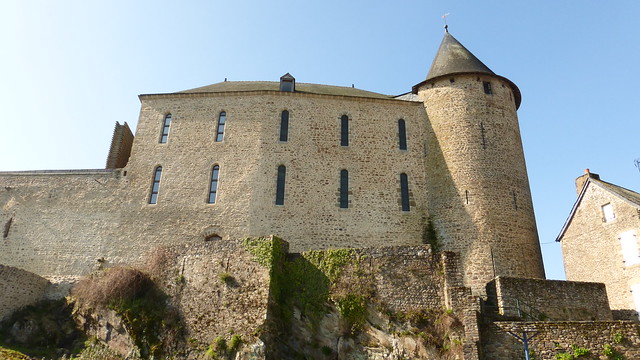 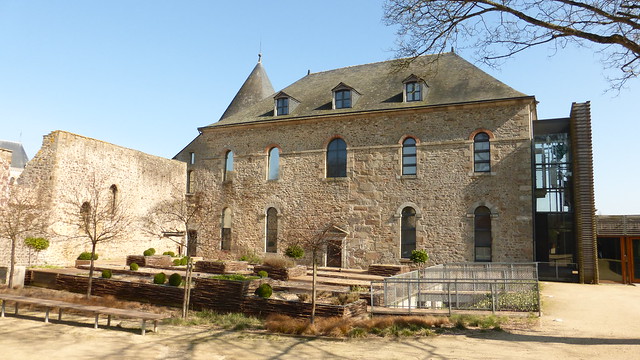 The château, built in the 11th century over remains of a much older building.  It has five towers, only one of which has kept its original conical roof.  The vaulted rooms and the chapel have 13th century decorations. Once used as a prison, since 2008 it is home to a museum. 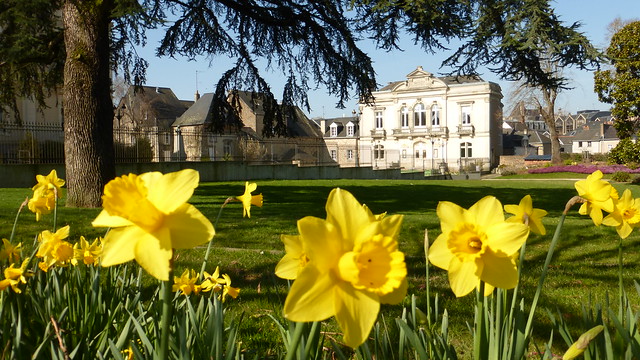 This is the municipal theater which was built in 1891. 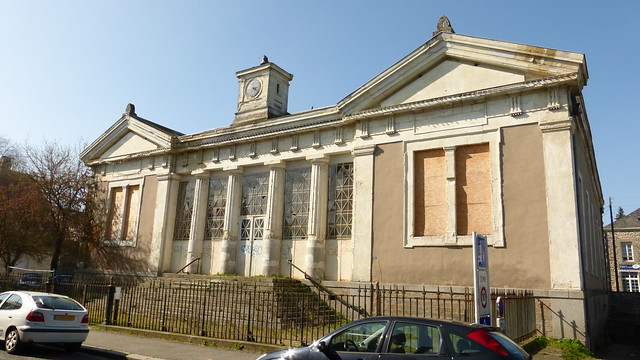 This last building is the former Palais de Justice.  It is closed and in desperate need of repair.  Right now, the city doesn't have enough money to do anything interesting with it. 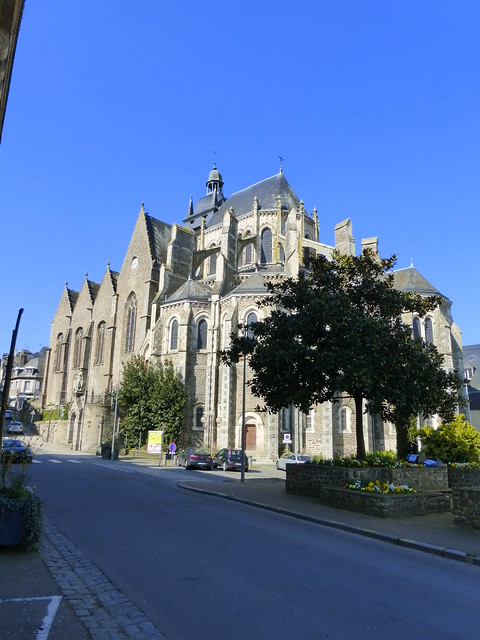 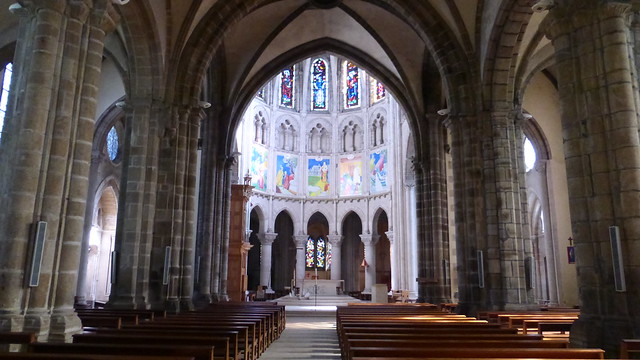 The Basilica of Notre-Dame was  founded in 1100. Of the original building, the piers and the arcades of the nave remain. 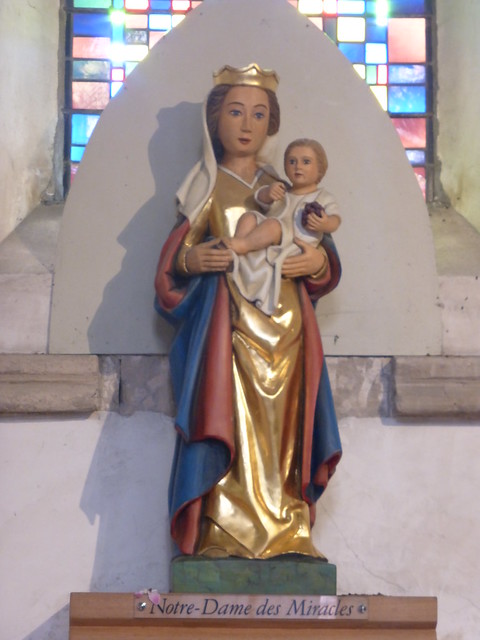 In one of the side chapels is the polychrome wooden statue of Our Lady of Miracles which has been welcoming vistors and the faithful alike since 1897. 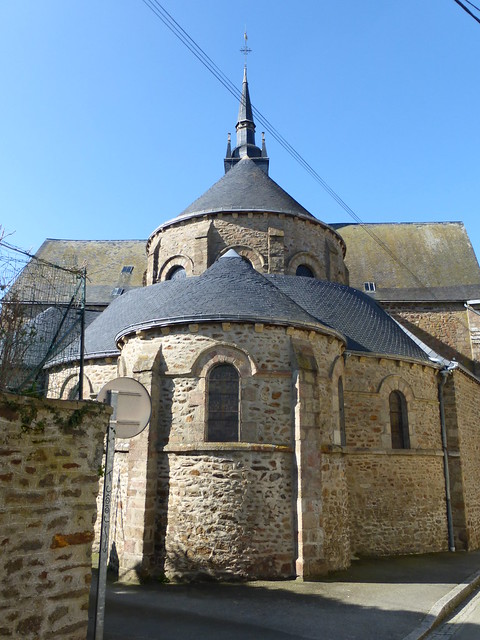 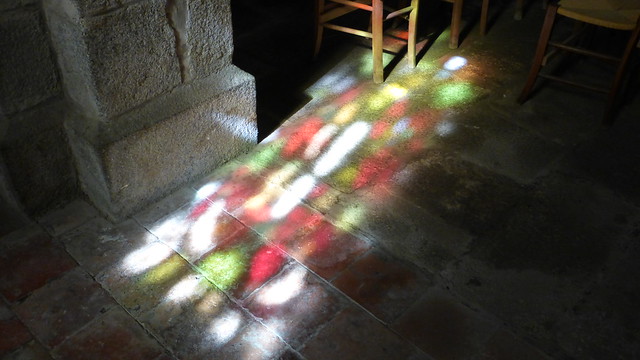 The Romanesque church of St. Martin which originally dates from the 11th century, was enlarged in neo-medieval style during the 19th century. 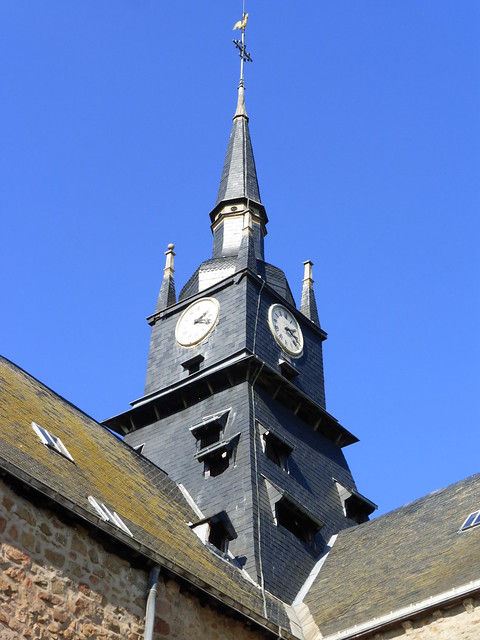