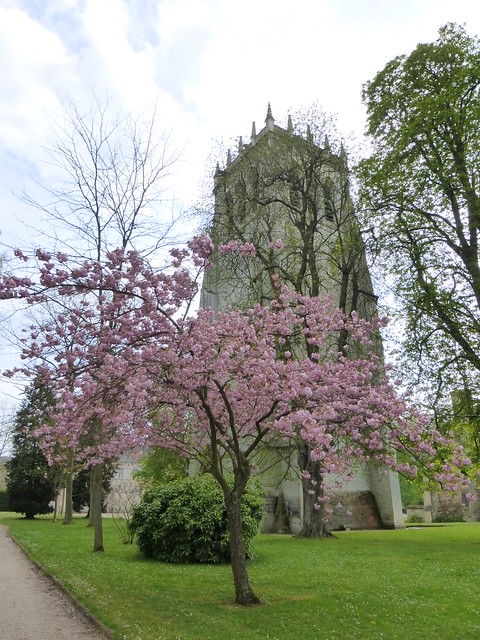 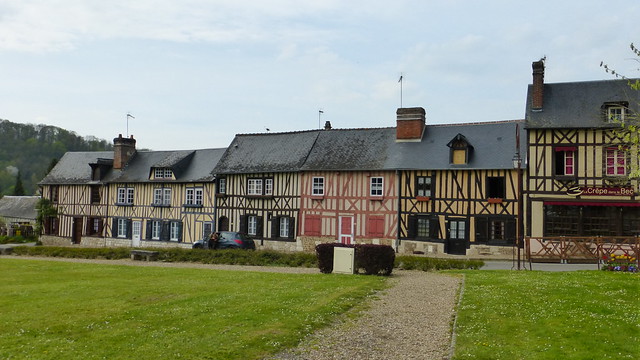 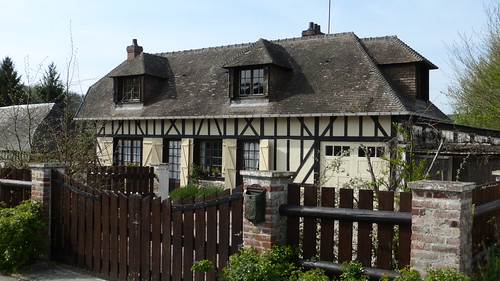 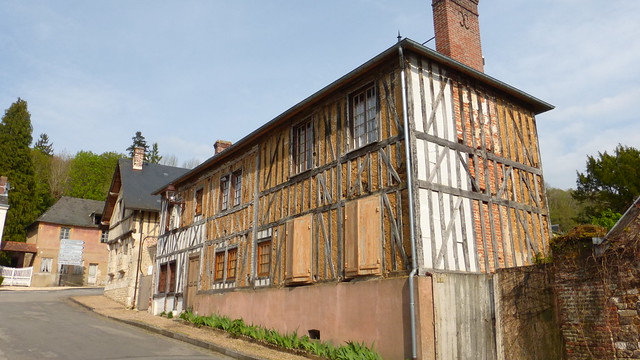 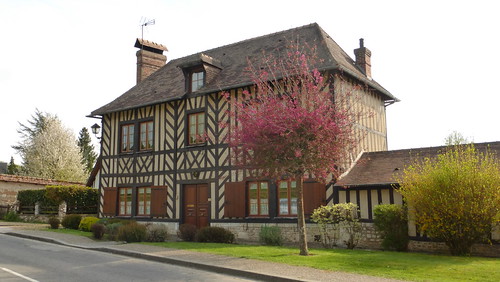 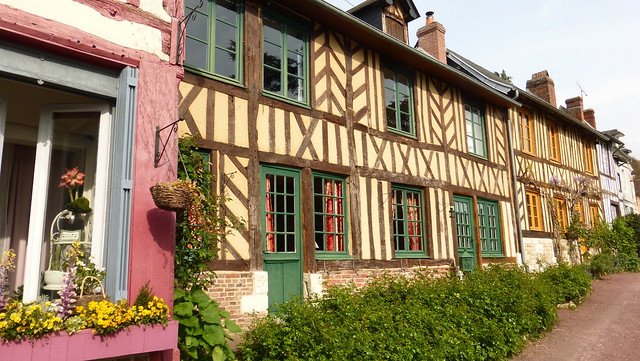 It is a pleasure to walk in the village of Le Bec-Hellouin admiring quiet and flowery streets with half-timbered houses. The peaceful atmosphere, terraces and small squares are deserving of a short stroll…certainly, the walking tour is pretty fast and one’s footsteps are quickly directed toward the entrance of the abbey and its gardens. 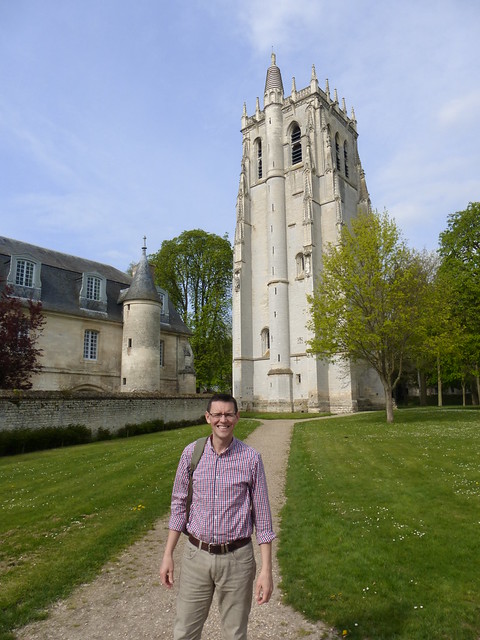 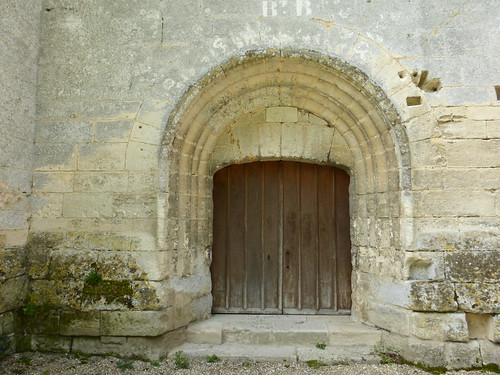 The abbey was founded in 1034 by Herluin, a knight from the court of count Gilbert de Brionne. Its pious reputation attracted an Italian scholar, Lanfranc of Pavia who was already famous for his lectures at Avranches, and came to teach as prior and master of the monastic school. He left in 1062 to become abbot of St. Stephen's Abbey in Caen, and later became the Archbishop of Canterbury. 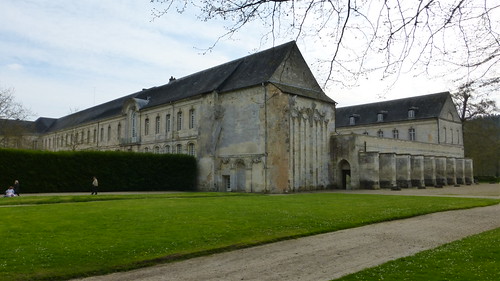 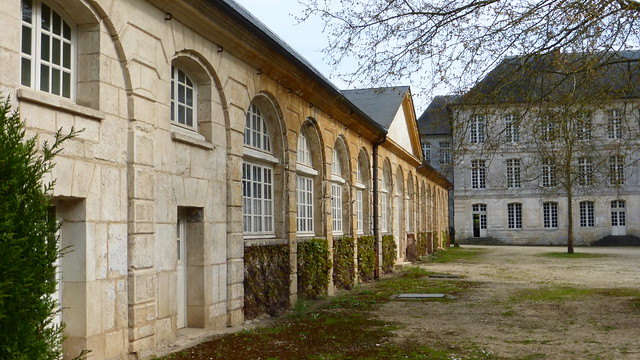 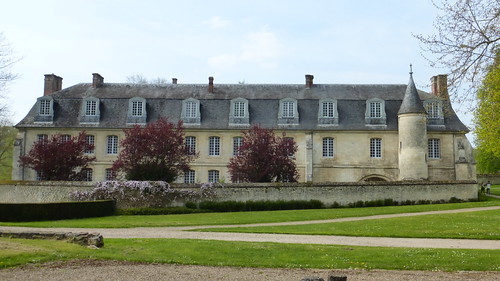 He was followed as abbot by Anselm, also later an Archbishop of Canterbury, as was the fifth abbot, Theobald of Bec. Many distinguished ecclesiastics, including the future Pope Alexander II and Saint Ivo of Chartres, were educated in the school at Bec. In the 17th century, Bec rose to new eminence under Guillaume de la Tremblaye (1644 – 1715), one of the greatest sculptors and architects of his period. The monks were driven out during the Revolution and the church, one of the biggest in Christendom, was demolished under the empire. 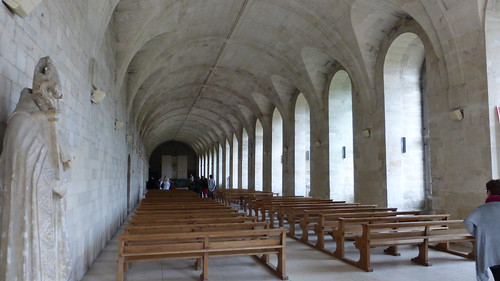 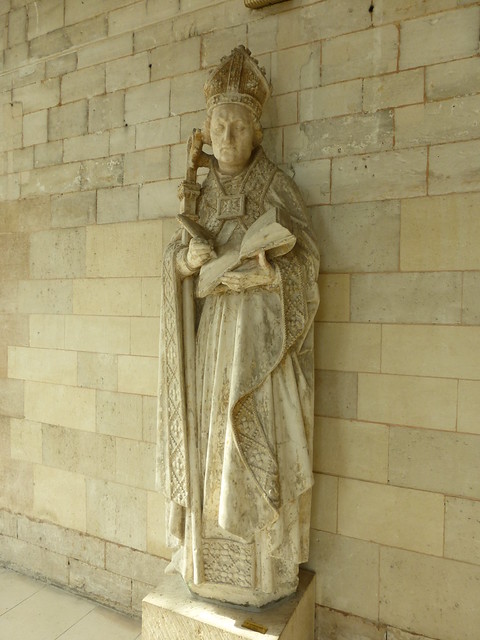 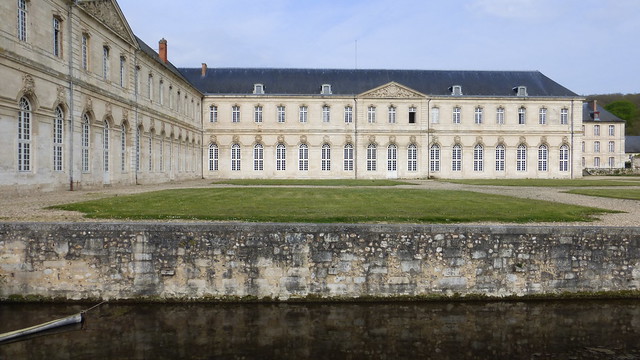 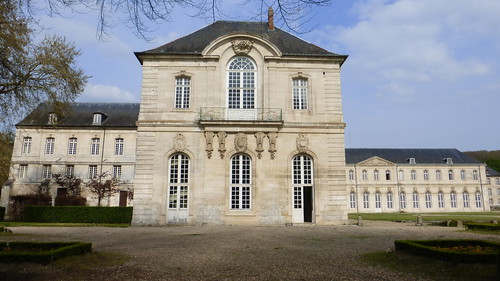 In 1948 the site was restored to the Benedictine Order. The new abbey church stands in the former Maurist refectory. 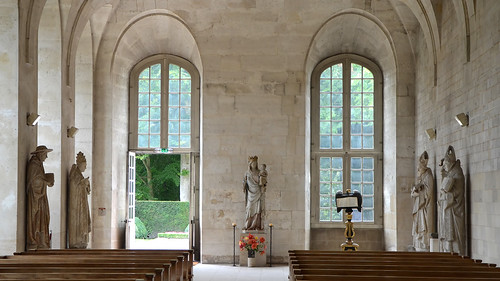 At the entrance is the 14th century statue of the Virgin as well as four Fathers of the Church from the 15th century. I didn’t make it to the abbey in time to take one of their guided tours so I missed seeing the cloisters built in 1640 and modelled on those of Monte Cassino in Italy. Oh well—just walking around the lush gardens surrounding the abbey was enough to make me want to stay and become a novitiate. 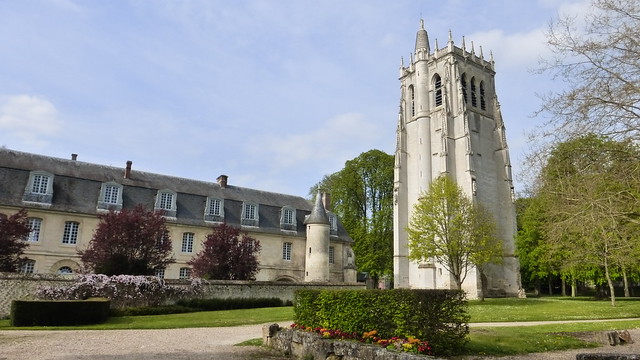 The most prominent piece of architecture within the abbey walls is the Tour Saint-Nicholas which was originally built between 1644 and 1666 and overlooks all of the other monastic buildings. It was originally used as a bell tower so that the four large bells of the abbey would not shake the portal of the church when they sounded. Sadly, these bells were destroyed during the Revolution. Up until 1810 the tower had a spire fifteen meters high which was destroyed by fire. The interior is now closed to the public. 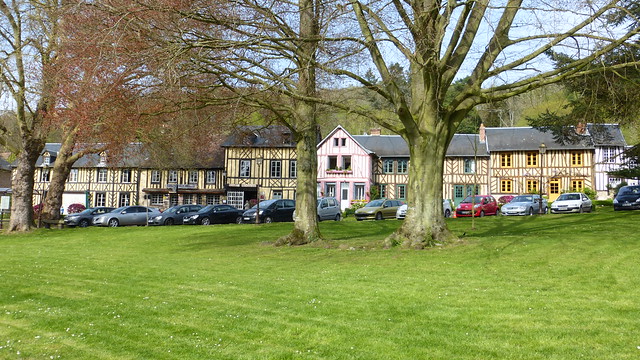 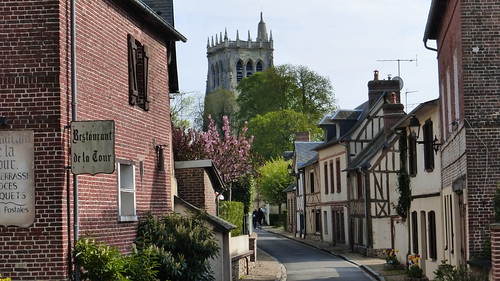 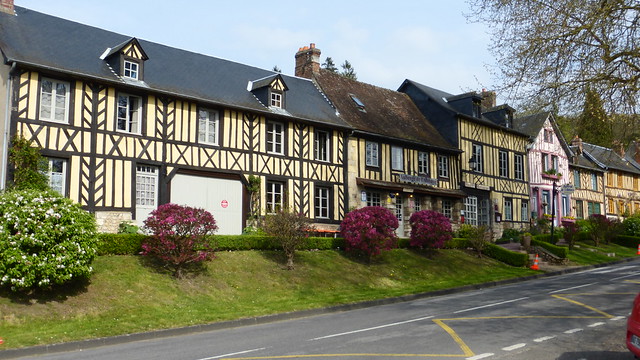 The abbey is not only surrounded by lovely half-timbered houses but a pleasant number of farmers fields and countless fruit orchards covered in pink and white blossoms. 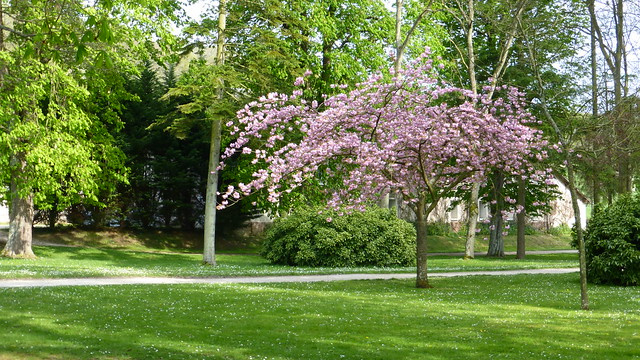 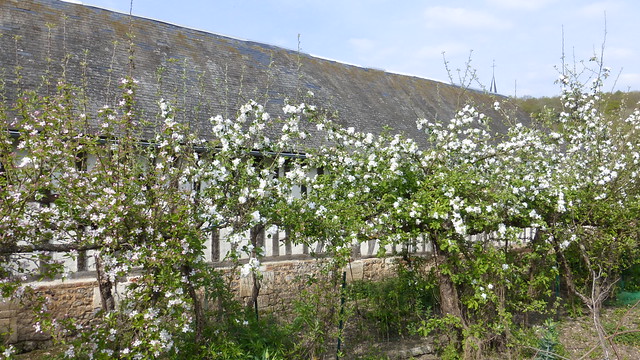 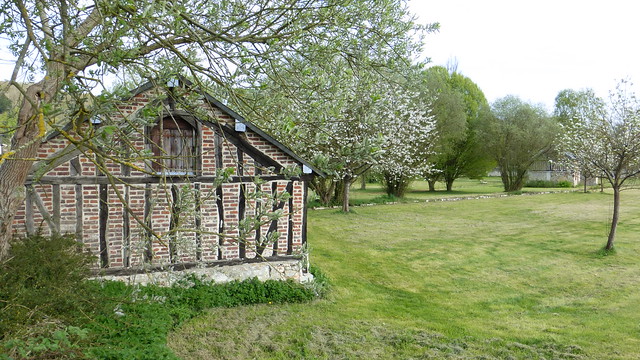