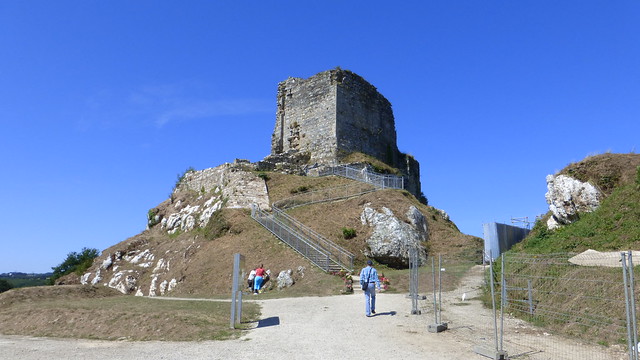 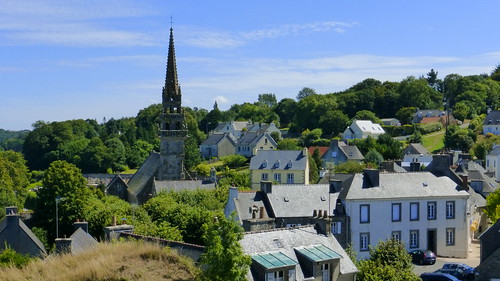 The first known mention of le château de la Roche dates from 1263. It was one of the residences of the vicomtes de Léon until 1363, when that family line became extinct. The fortress occupied a central position on a hill overlooking Elorn valley and allowed the lords to direct their fiefdoms and important parishes. The gallows stood opposite the castle on a hill on the right bank of the Elorn. Le château de la Roche became the possession of the family of Rohan in 1363 through the marriage of Jeanne de Léon with Jean de Rohan The castle had residents habitually until the 15th century but in 1421 the Rohans left and the castle became dilapidated. From 1678 to 1694 it was transformed into a prison. 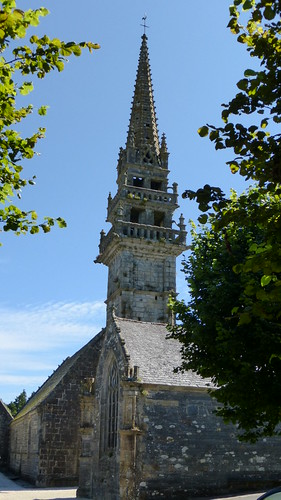 In the 18th and 19th century, the castle served as a stone quarry and was mostly demolished. Many houses of the village and perhaps the present church were built with these stones. 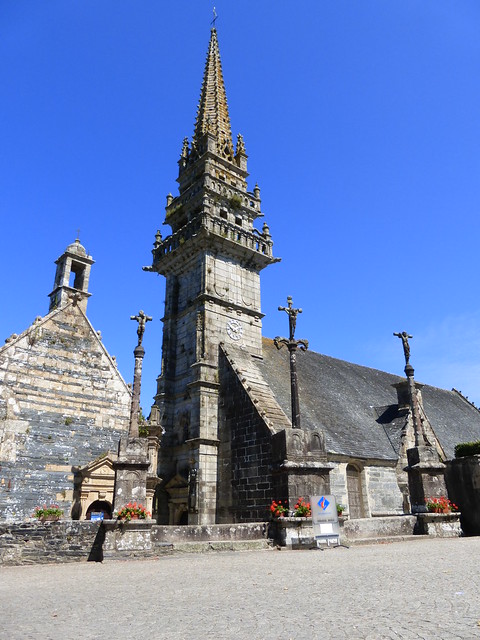 The 16th century parish church has a fine parish close featuring three crosses of Christ and the two thieves at the main entrance. 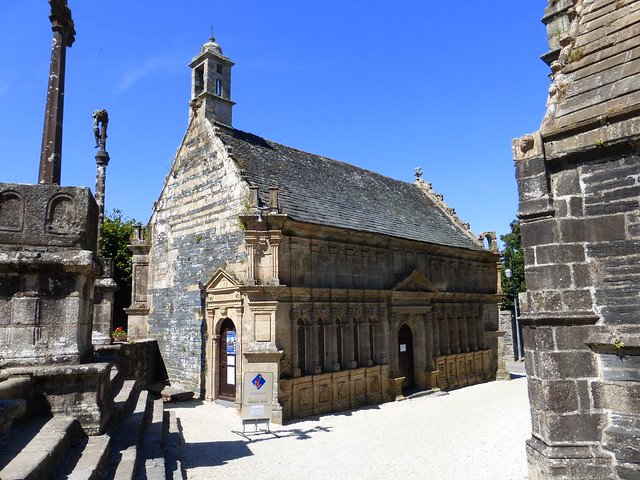 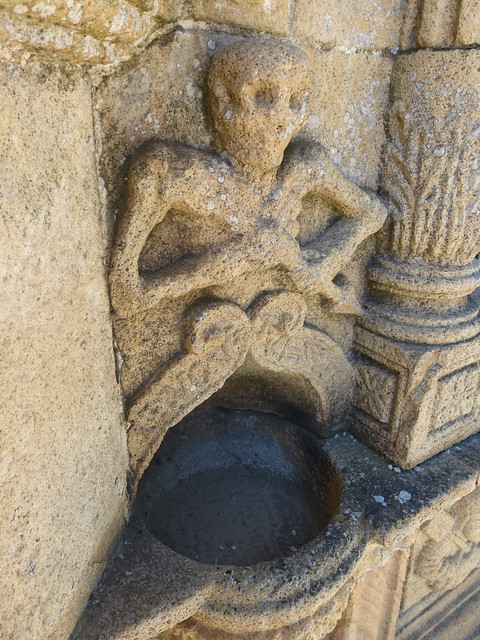 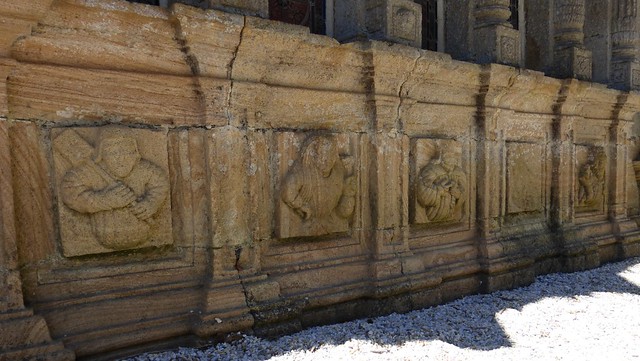 The ossuary dates from 1640 and is one of the largest in Brittany. The door of the main façade is topped by a triangular pediment under which is written the inscription from 1639: "Rappelle-toi mon jugement, tel aussi sera le tien : à mon tour aujourd'hui, à ton tour demain." (Remember my judgment, as yours will be the same: my turn today, your turn tomorrow.). Above the outside font, Ankou (Death) is shown armed with an arrow, threatening small figures framed in medallions representing all social classes: a peasant, a woman, a lawer, a bishop, St-Yves, a pauper and a rich man. He proclaims “Je vous tue tous” (Death comes to all). Above the door of the south gable is another Latin inscription dated 1640: "Souviens-toi, homme que tu n'es que poussière." (Remember man that thou art but dust."). An elegant, twin-galleried belfry crowns the building. 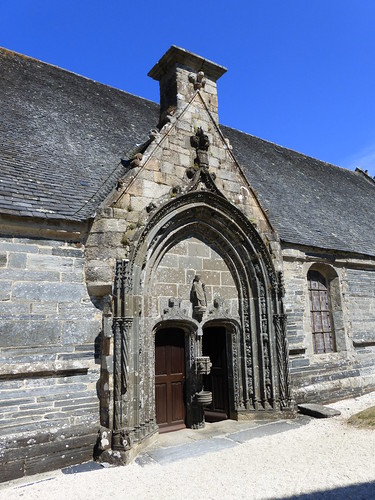 The south porch is delicately carved with bunches of grapes and statuettes of saints. 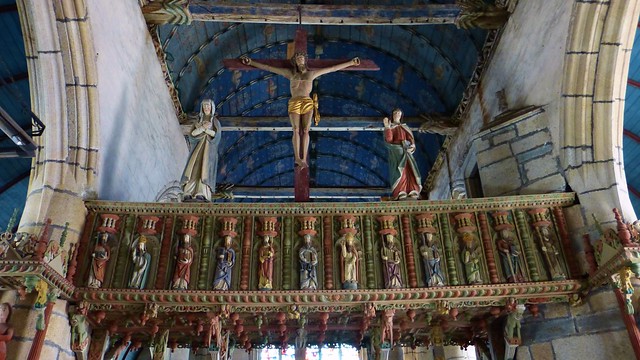 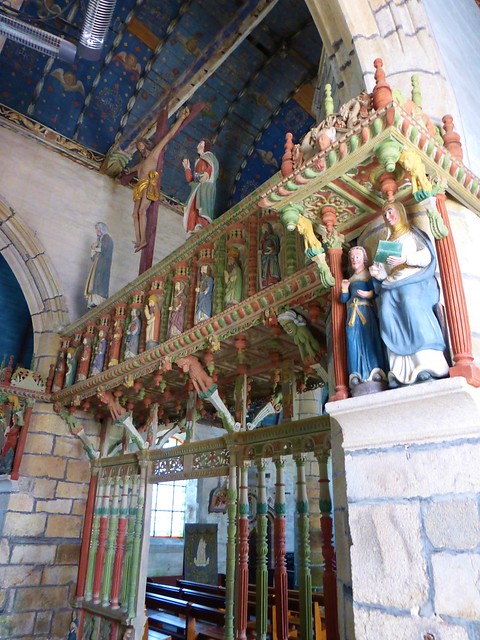 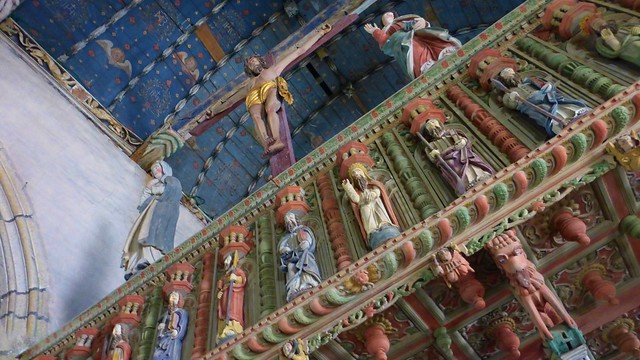 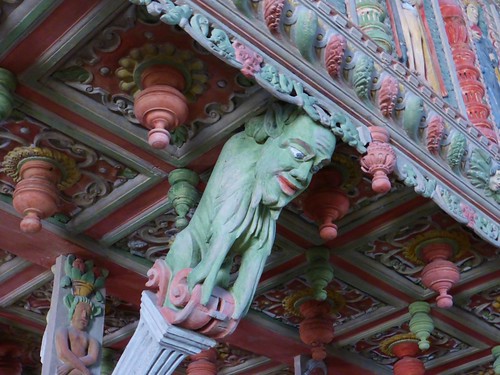 Inside there is an oak Renaissance rood screen (jubé) from the 16th century decorated on the side facing the nave with twelve polychrome statues carved in the round, including nine Apostles and three Popes, and on the chancel side with low-relief sculptures of saints venerated in Brittany. On one end are the statues of Saint Anne and Mary. The entire rood screen is held aloft with by two stone columns and an abundance of fantastic and grotesque creatures. 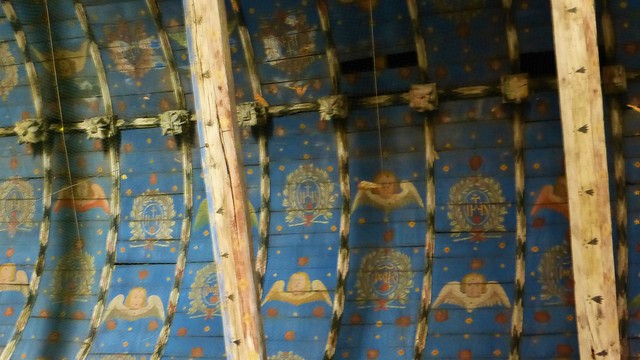 Also of interest is the panelled ceiling adorned with angels and coats of arms, carved purlins and beams. 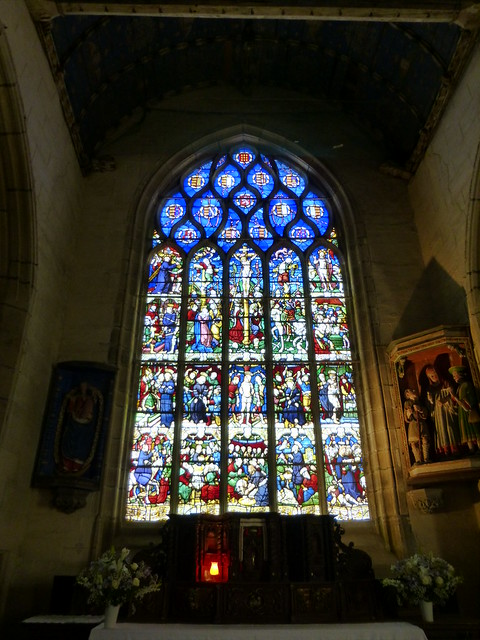 Behind the main altar is a large stained glass window from 1539 that illustrates the Passion and the Resurrection of Christ. To the right of the main altar is a niche devoted to Saint Yves, the patron saint of Brittany, lawyers and abandoned children. 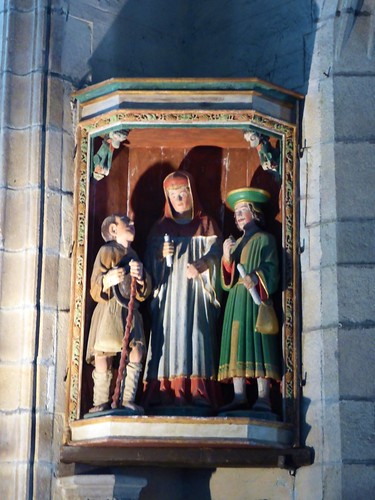