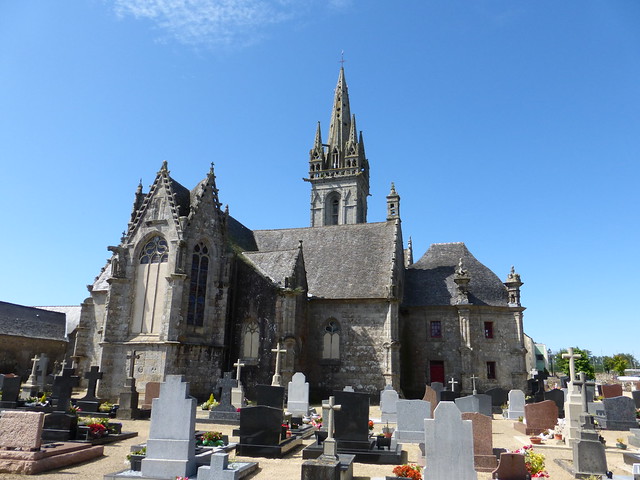 The parish close of Bodilis is from the 16th century and is proceeded by a Flamboyant bell tower (1570) which rests on four arches. 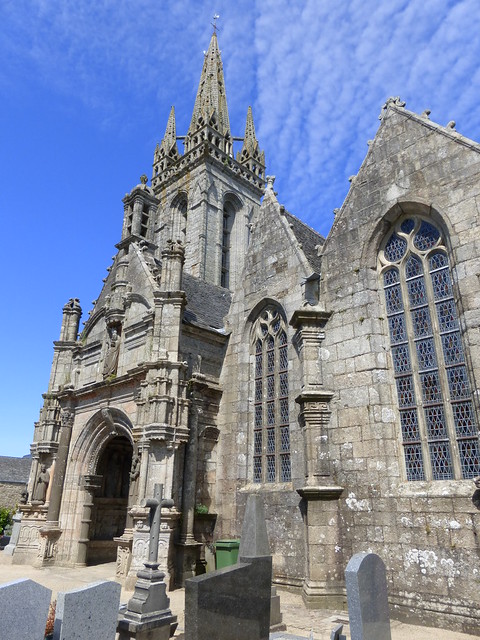 It is the last of its kind to be built in the area. Another interesting facet of this church is the fact that it still retains its cemetery around the close. While walking around the church, it is easy to admire the architecture and the different stages of construction. For example, the choir and nave were begun in 1567 while the latest portion of the building, the sacristy was built in 1682. 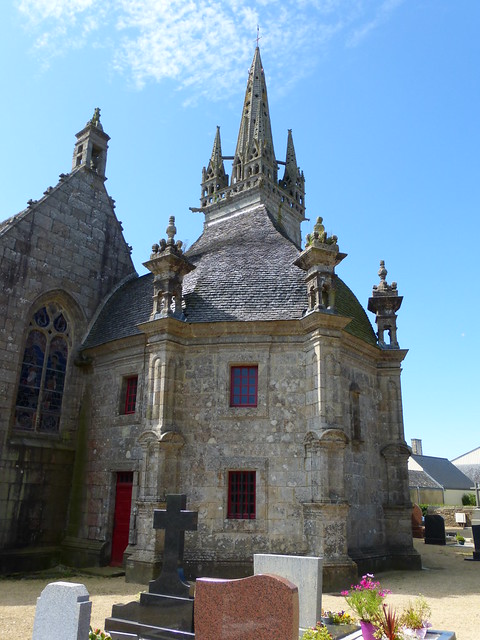 It is interesting for polygonal shape and its upturned keel style roof as well as its buttresses which are adorned with shell niches surmounted with lanterns and funeral urns. The porch from 1601 is one of the most comprehensive and most original in the region. 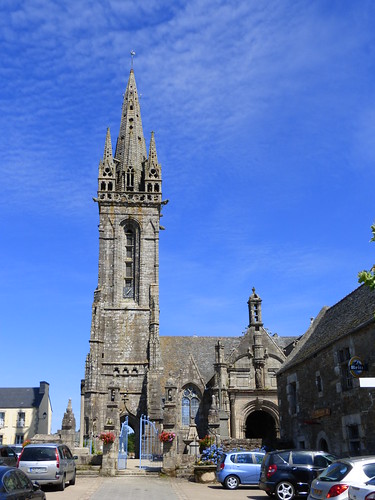 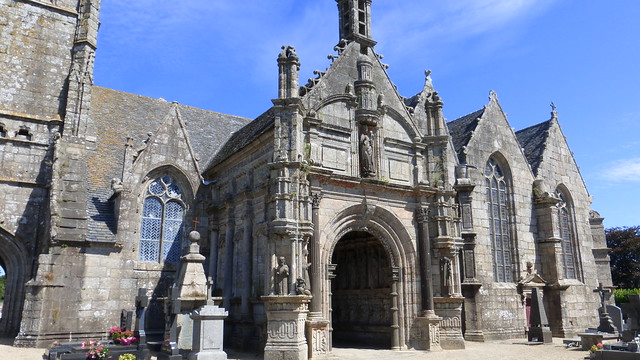 Of note are the fluted columns and semi-circular arches with statues of the Virgin and the Angel Gabriel one either side forming the Annunciation. 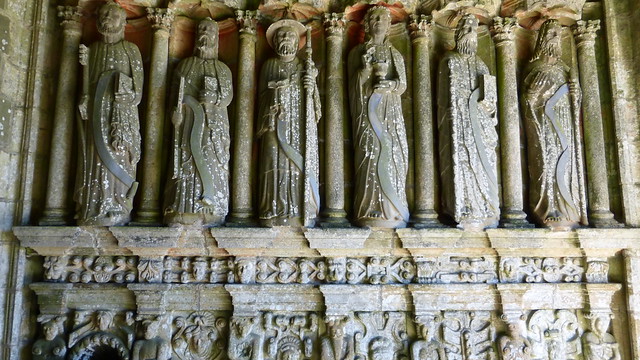 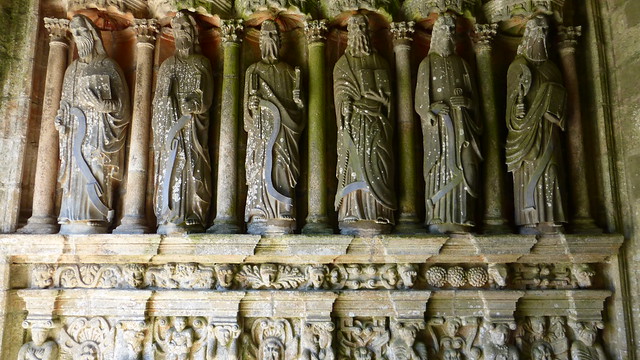 In the gallery of the porch are statues of the twelve Apostles. 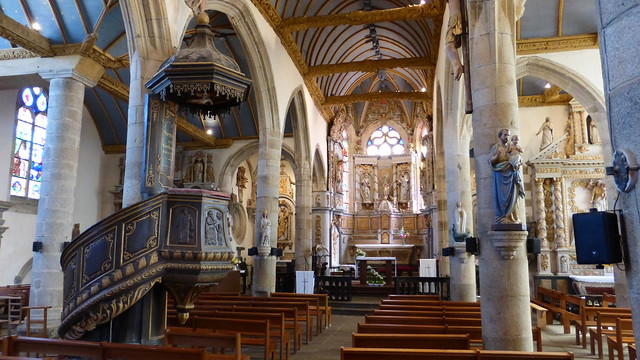 The interior is ornate and boasts five altars as well as a large collection of decorative beams that run along the wood panelled barrel vaulting. The hexagonal baptismal font is from the 16th century and carved from kersantite stone and attributed to Roland Doré. 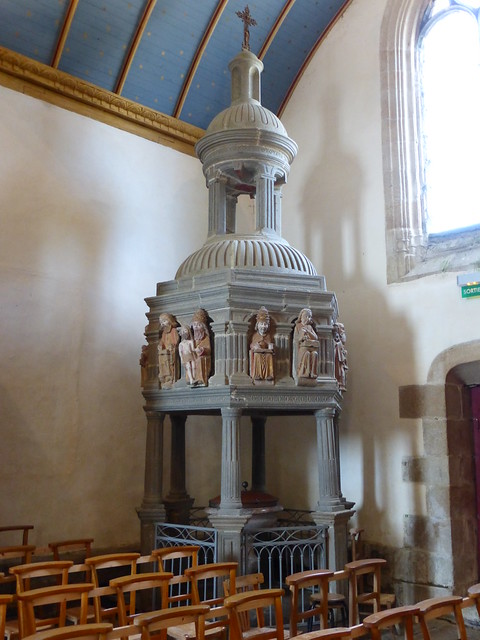 The figures are polychrome and depict Matthew, Mark, the Eternal Father holding Christ in his arms, Saint John, Saint Gregory the Great, Saint Peter and Saint Ambrose of Milan. I wasn’t able to take a photo of every single object, nor did I want to but I can certainly attest to the beauty of this churches interior—for example, above the southern portal is this 16th century Descent from the Cross which features nine characters dressed in Renaissance fashions. 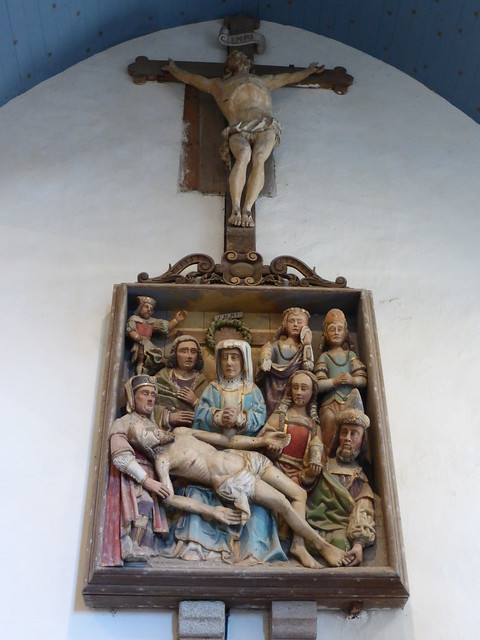