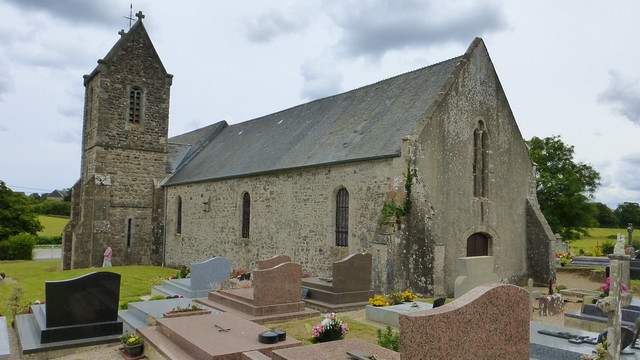 The Église Sainte-Colombe de Crasville is very old and can be dated as far back as the 12th century when it was consecrated by Richard de Bohon, Bishop of Coutances in 1154 under the patronage of the Abbey of Montebourg. It is composed of a choir and nave and lacks a transept. In its present form, it dates from the 17th and 18th century—the only medieval element remaining is the triumphal arch between the chancel and the nave. The bell tower was rebuilt in 1674 and rebuilt again in 1920. The sacristy can be dated to exactly 1722. 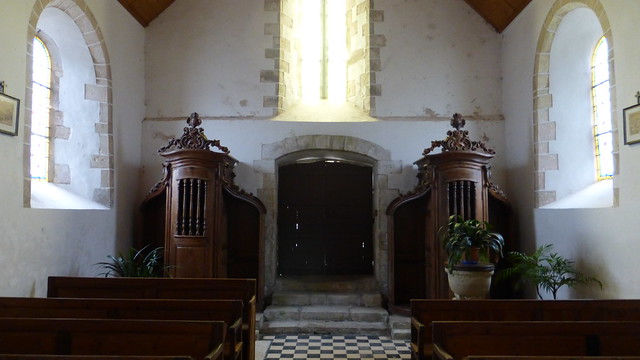 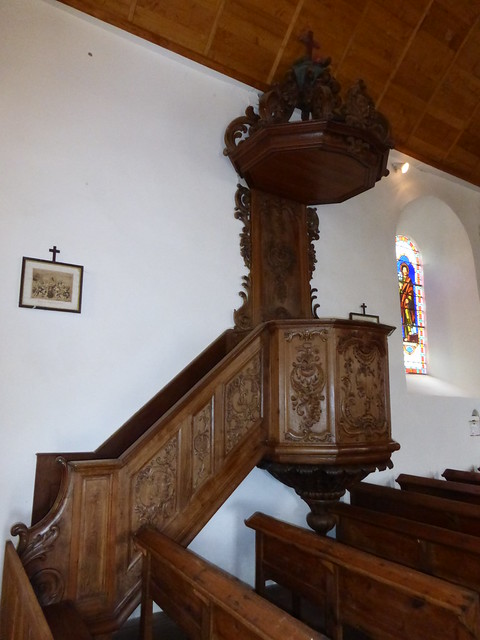 The value of this church is not its architecture, but by its rich furnishings, a nearly perfect homogeneous grouping of altarpieces, doorways to the sacristy, a rood screen, pulpit, lectern, stools, benches and confessionals. 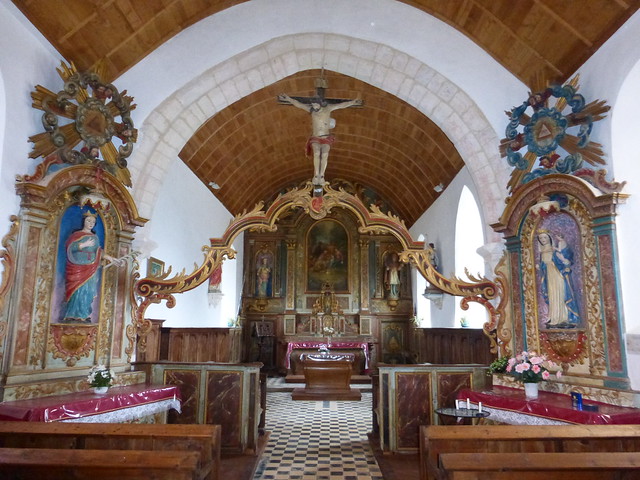 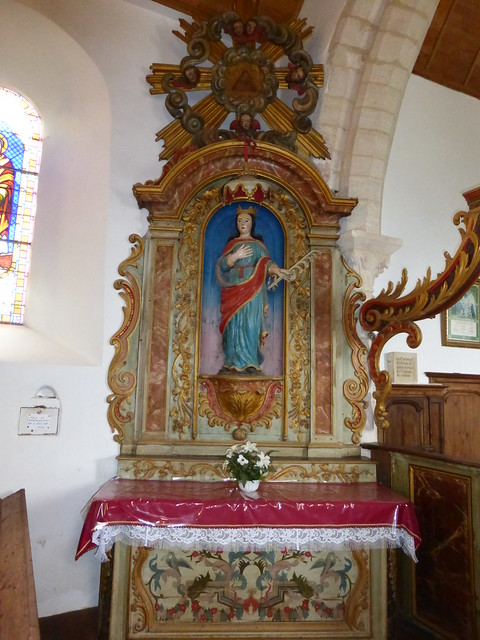 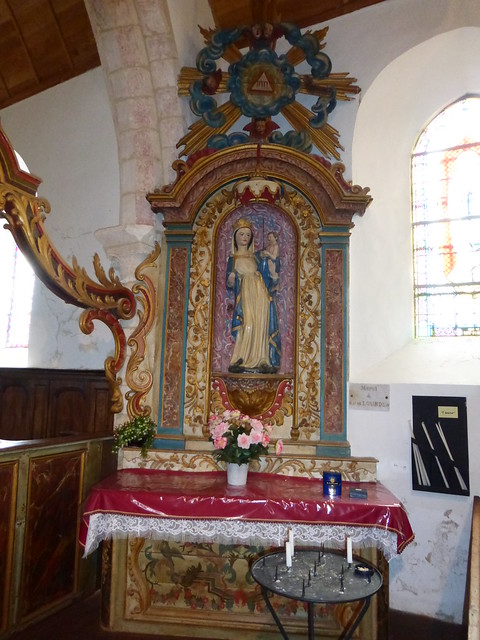 Some pieces are dated with precision: the stalls and the seat for the celebrant date from 1766, the crucifix from 1767 and the confessionals from 1769. What is more fascinating is that all of this liturgical furniture owes its existence to the savings of a small country priest as well as the disinterestedness of a carpenter, Guillaume Godefroy who worked for years at prices far below normal for the time. 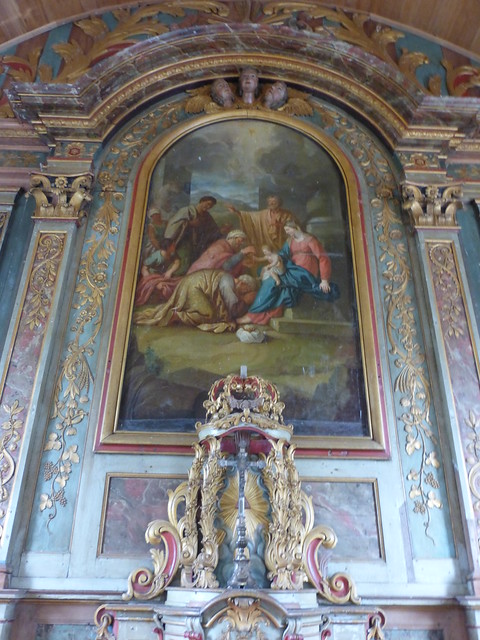 The central panel of the altarpiece represents the Adoration of the Magi. 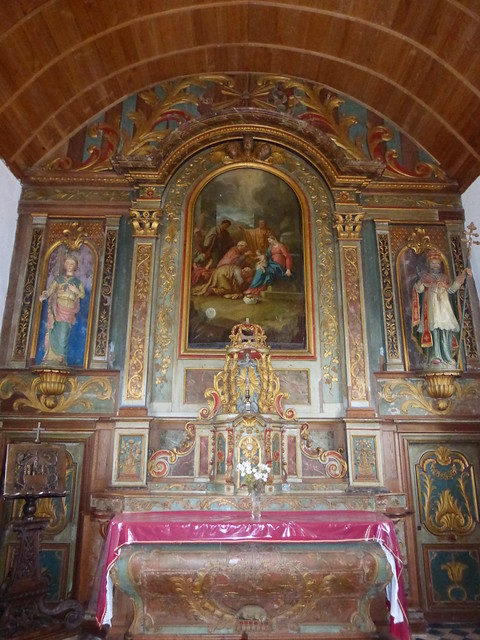 Local flavor is given by the terracotta statues from Sauxemesnil of Sainte-Colombe and Saint-Gregory placed in niches on either side of the altar. Another statue of clay, that of Ste-Catherine, adorns the altar of the small altar to the left. The only medieval church statue is a limestone Madonna and Child from the 14th century located in the southern side altar. 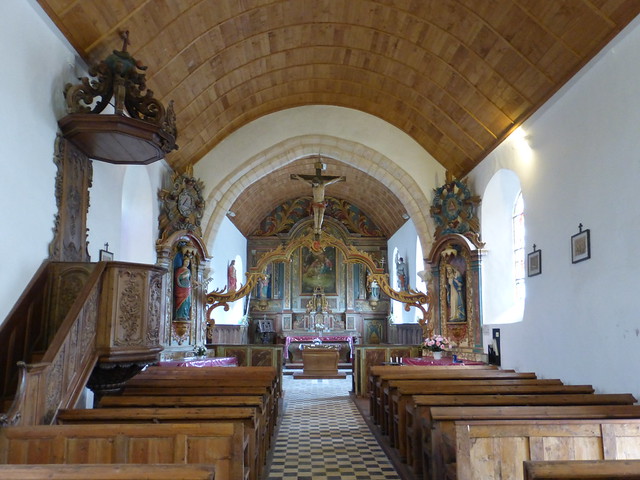 It is said that during the Revolution, officials ordered some men to remove the furniture. They wanted to remove the crucifix of the great rood screen in the nave but found it very difficult. Robert Pilet, faithless man, said, "Wait, let me do it my way." Whereupon he threw a rope over the head of Christ and pulled with all his strength. A man of faith named Nicolas Lequertier, came over to him and intervened saying, "Get away from there or I’ll cut your neck with my own axe!” The Christ remained. 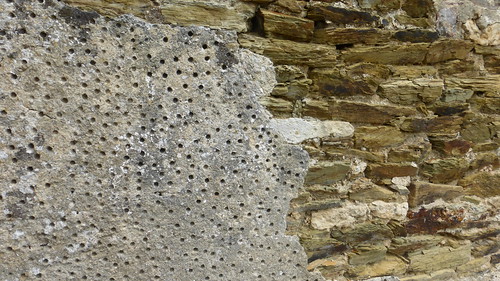 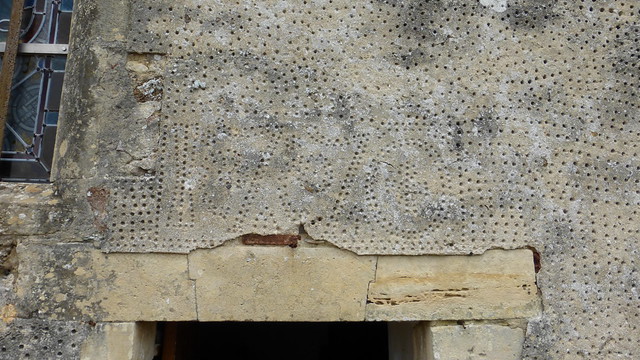 The exterior of the church is covered with a coating dated 1770 above the northern portal. This type of coating is meant to protect the walls from moisture which is not uncommon with churches in the area. The coating, moreover, is decorated with naive drawings created by masons. 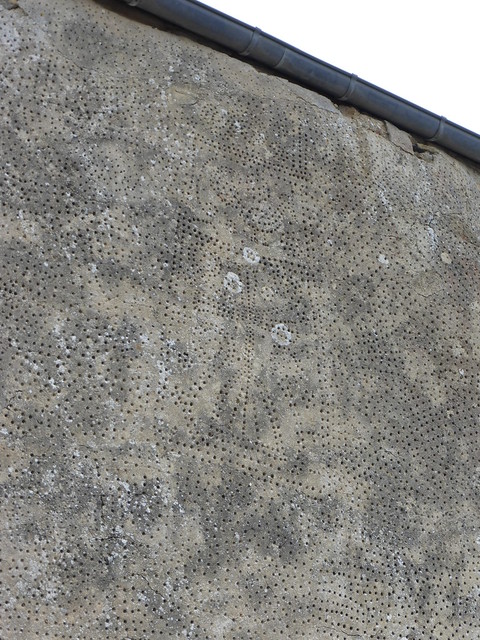 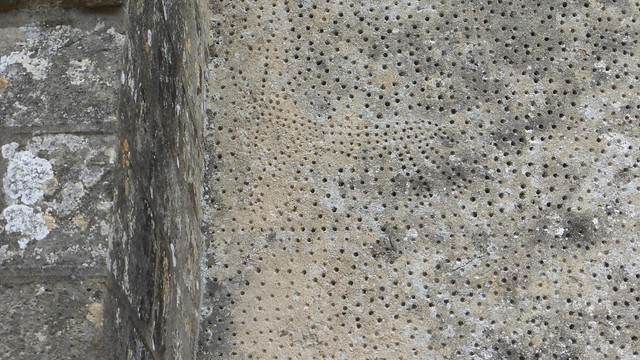 In some cases, it is easy to recognize, among others, a cross or a human figure and a bit to the right, an animal resembling a deer. Along the walls are several old tombstones and even one tomb belonging to a former military officer and friend to the poor of Crasville, Felix François Dursus (1746 – 1811). 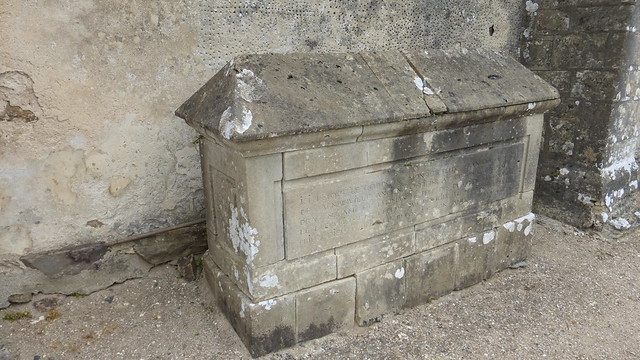