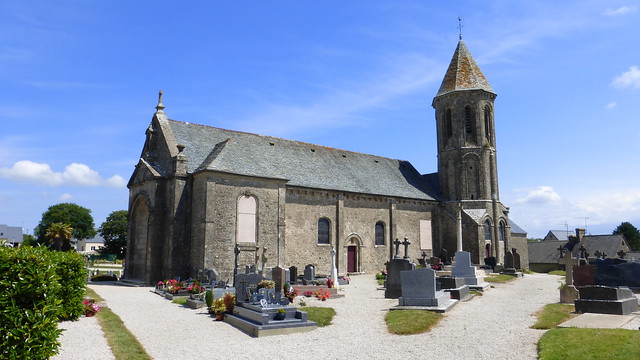 L'église Notre-Dame-de-l'Assomption is a 12th church in Tamerville dedicated to Our Lady. It has undergone many changes over the years and sadly, only the bell tower has retained its Romanesque style. A chapel dedicated to St. John the Baptist was originally built on the site before the 9th century but every vestige has long since disappeared. The construction of a new, larger building at the current location had to stop twice: during a famine in 820 and again in 838 with the arrival of the Normans who left only the tower standing. 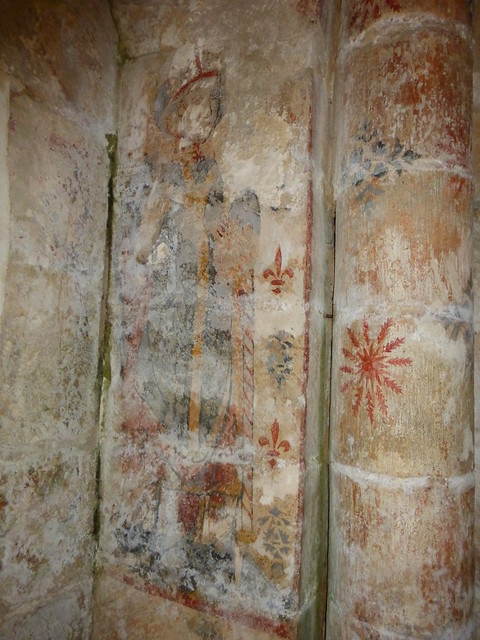 The present construction was initiated in 1070 by Geoffroy de Montbray, bishop of Coutances with the aid of a lord from Chiffrevast who returned to England several times to seek more workers and builders. Around 1420, Jacques d'Anneville, lord of Chiffrevast, added to the left of the choir a chapel to Saint-Jacques, whose purpose was to serve as his funeral chapel. This same chapel is now dedicated to St-Sulpice. 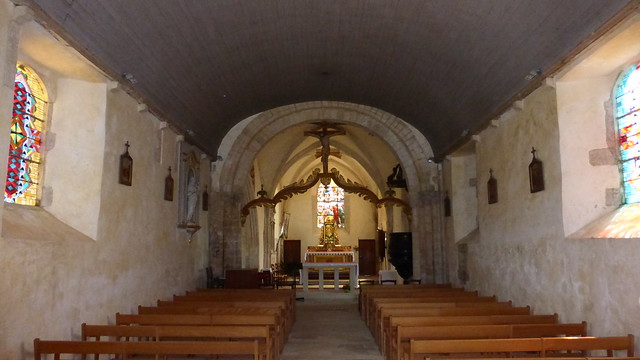 In the 15th century, alterations were made ​​especially on the choir (ribbed vaulting added) and chevet. In the 17th century modifications to the nave were undertaken by extending one bay and enlarging several windows. 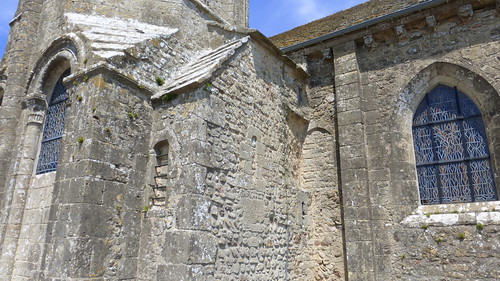 On the exterior north façade one can see remnants of Romanesque windows now blocked. 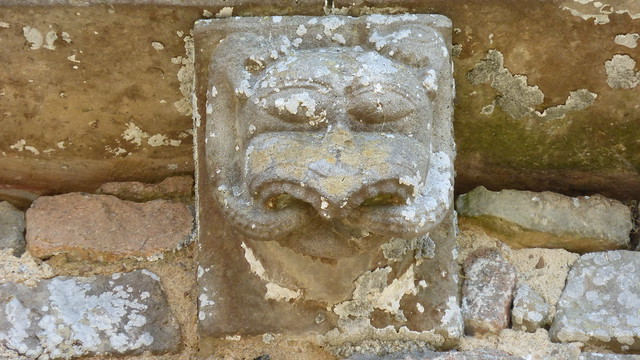 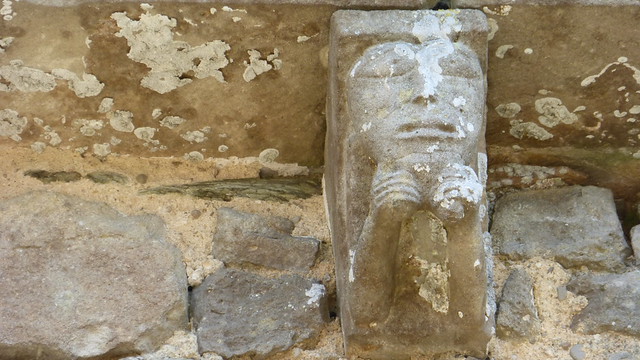 The cornices of the nave and the choir maintain over sixty Romanesque corbels of grotesque faces. 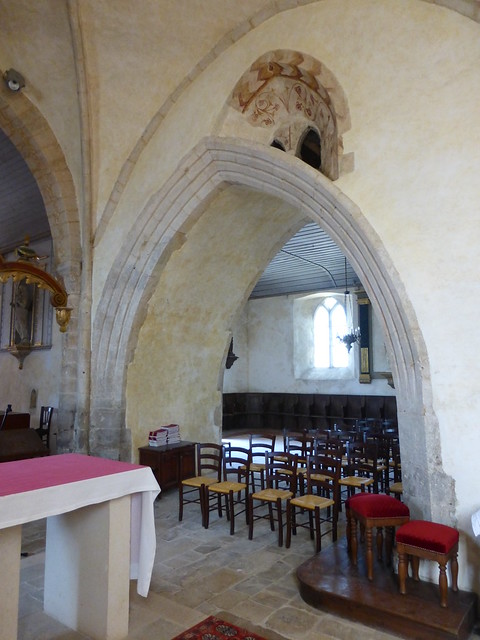 In 1672, access to the Saint-Jacques chapel was created by knocking down part of the wall in the transept and creating a pointed arch--remains of a window can be seen at the top. 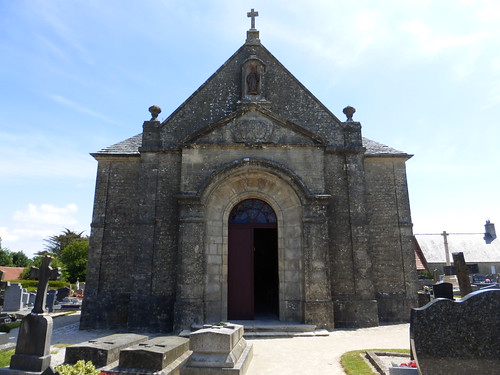 In 1755, the western portal was installed and topped by a triangular pediment and surmounted by a niche with the cast iron statue of Saint Mayeul. 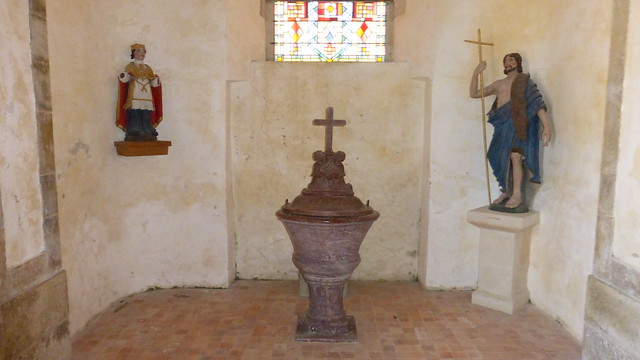 The ceiling was redone with wood in 1813 and two small side chapels along the nave (one of which holds the baptismal font) were created in 1855. 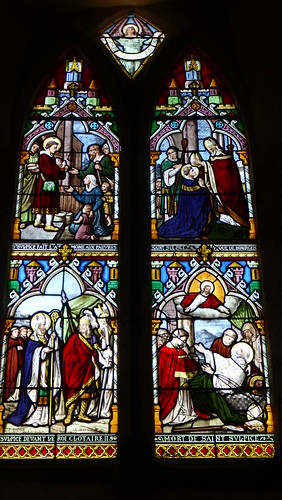 A stained glass window in the Saint-Sulpice chapel recounts the life of St-Sulpice, a 7th century bishop of Bourges whose reliquary would have been shared between this church and the one in Fresville. 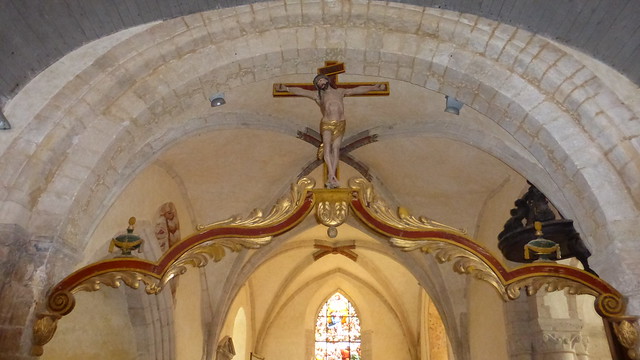 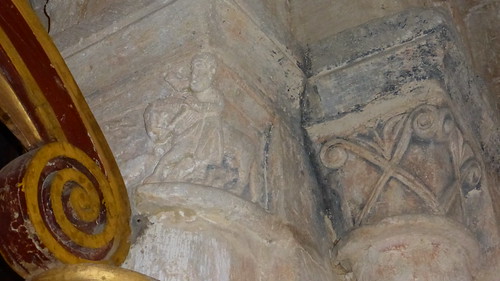 To the right of the rood beam on one of the capitals of the triumphal arch is the image of Saint-Hubert hunting a deer. Many elements of church furniture are classified as historical monuments:

To the right of the main altar, a very damaged colored limestone bas-relief from early 16th century representing the twelve apostles. 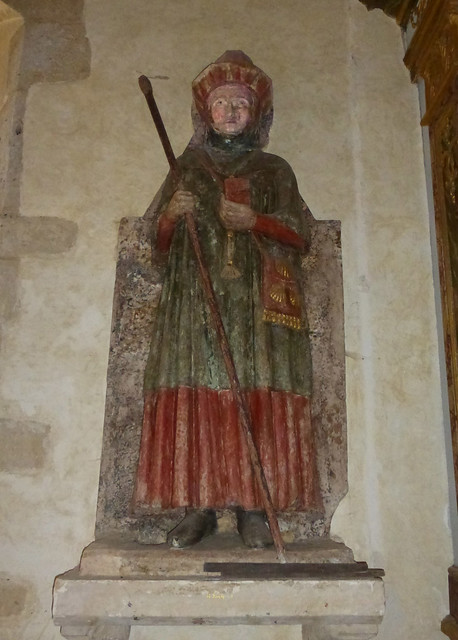 In the chapel of Saint-Sulpice, a high-relief statue depicting St-Jacques (with a staff in his right hand) in polychrome limestone from the 14th century. 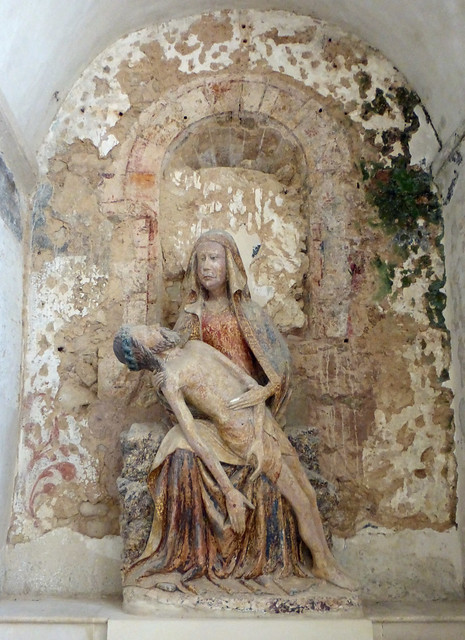 In the chapel underneath the 11th century bell tower is a 15th century Pietà in polychrome limestone. 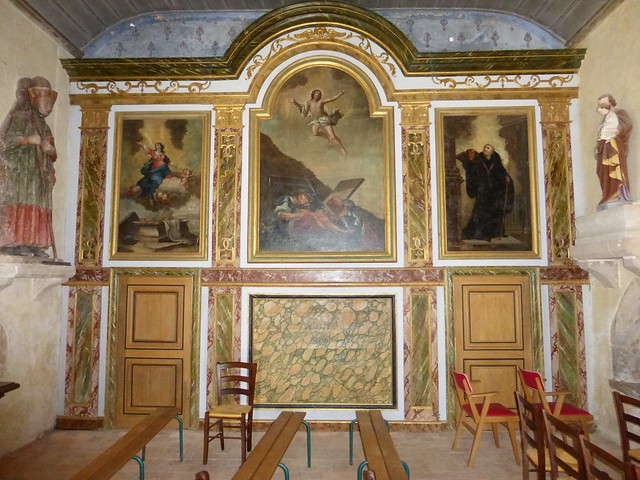 The side altar in the Saint-Sulpice chapel is painted in trompe-l'oeil and comes from the second half of the 18th. Its paintings represent the Assumption of the Virgin, the Resurrection of Christ and Saint Benedict. Very little information is given about the many remains of frescoes throughout the church. One can only imagine they are very old. 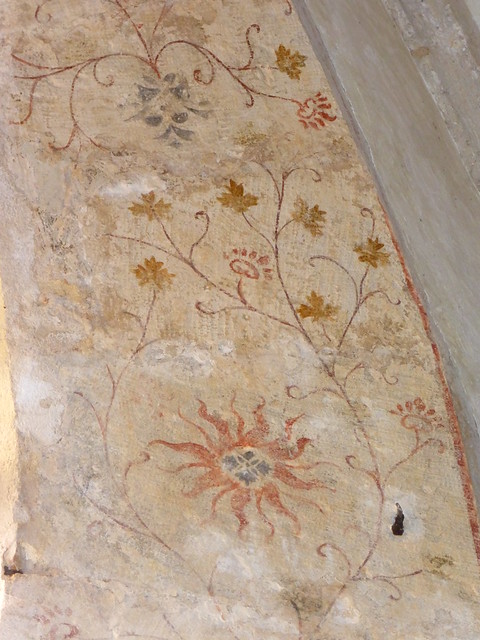 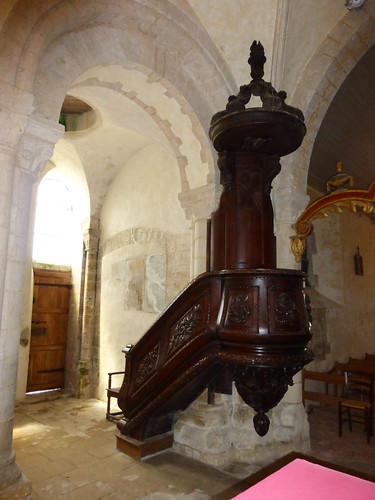 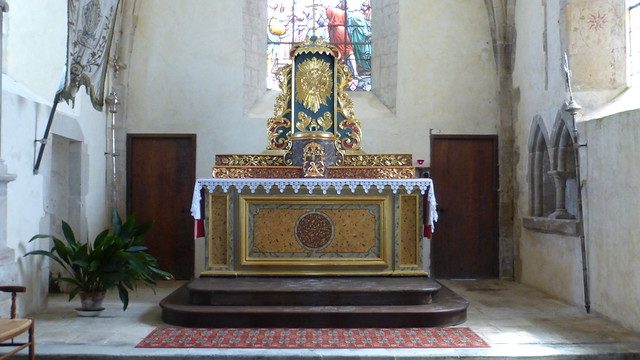 Other interesting pieces of furniture include a carved pulpit and a very colorful high altar. There are some interesting (if not dirty) memorial inscriptions in the chapel below the bell tower. They are very difficult to read since they are written in Old French and Latin. 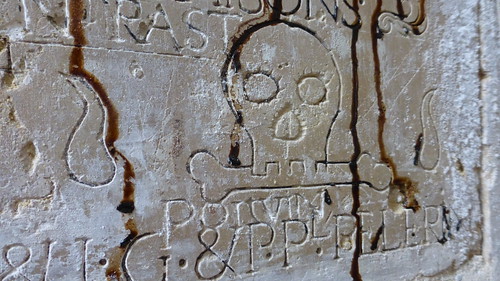 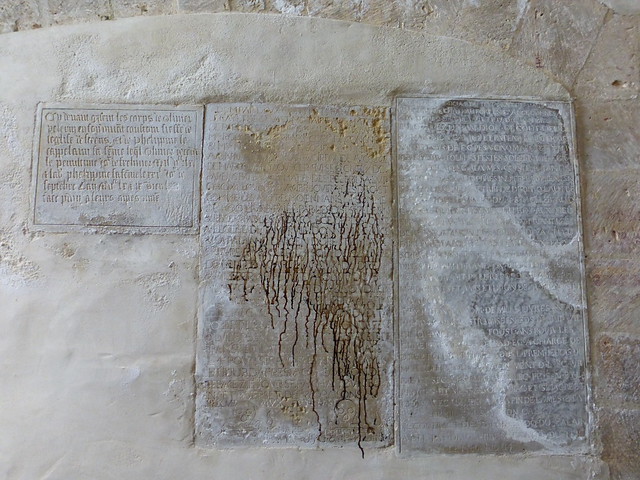 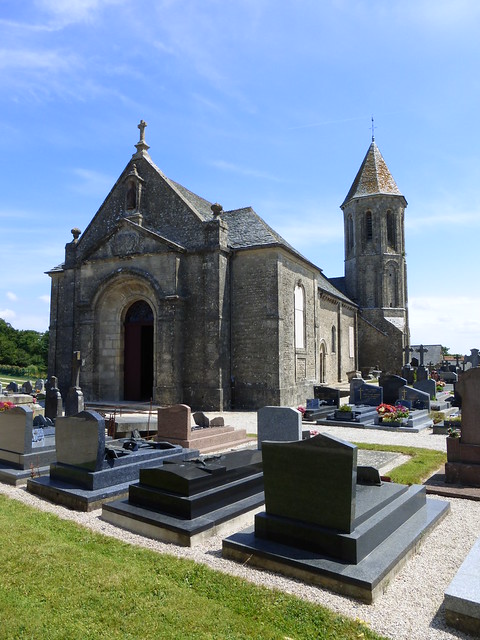