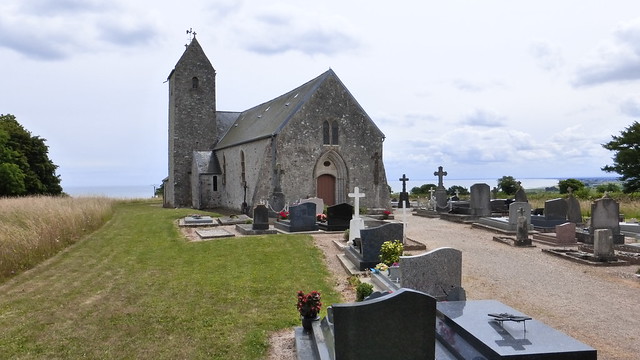 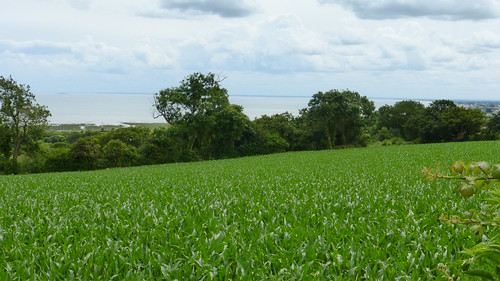 This small church is perched on a hill overlooking the Bay of Morsalines. The peace and quiet makes this a unique spot for meditation. The cemetery looks as grand as it is almost empty; but it is only an appearance. Indeed, it contains old graves from over fifteen centuries. One still finds from time to time Merovingian sarcophagi. This place of worship, one of the oldest of the Cotentin, was placed under the patronage of St-Anthony the Hermit, then later, Saint-Lubin de Chartres and now Notre Dame. The church was rebuilt in the 15th and 16th centuries. In the bell tower, one can see an arrow slit which probably dates from the 14th century. These embrasures enabled people taken refuge in churches to defend themselves against their aggressors. This was particularly common in villages that did not have a castle. 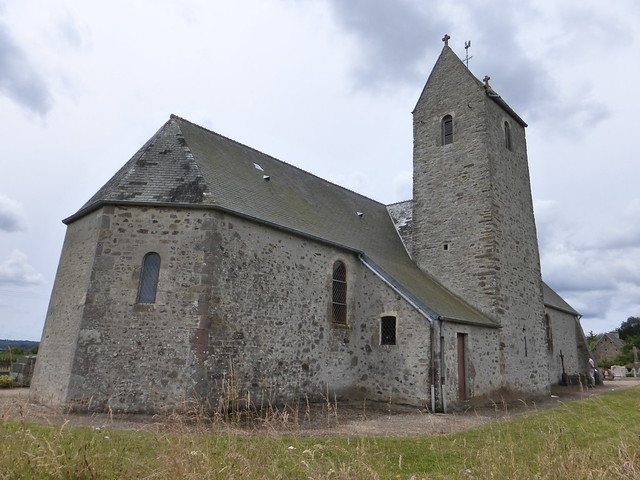 The observation of the exterior walls shows that the church originally included up to six side chapels which probably were funerary chapels. Three of these remain. 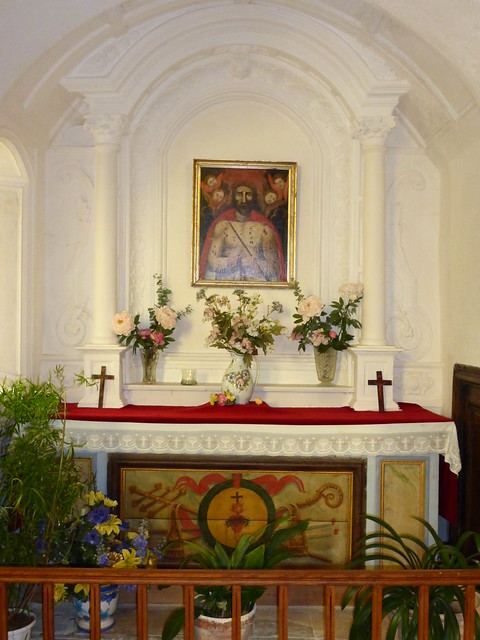 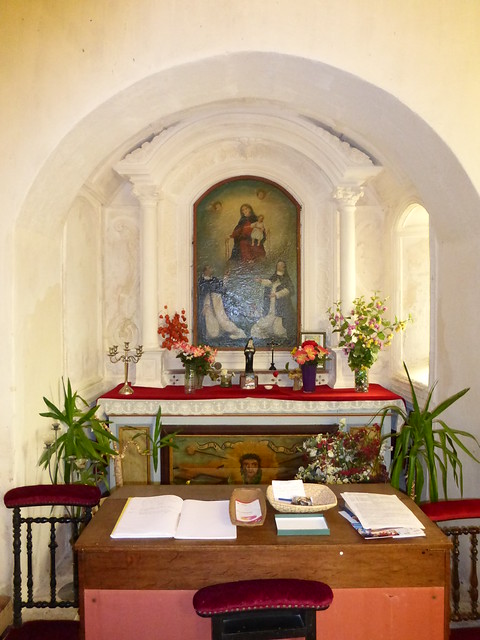 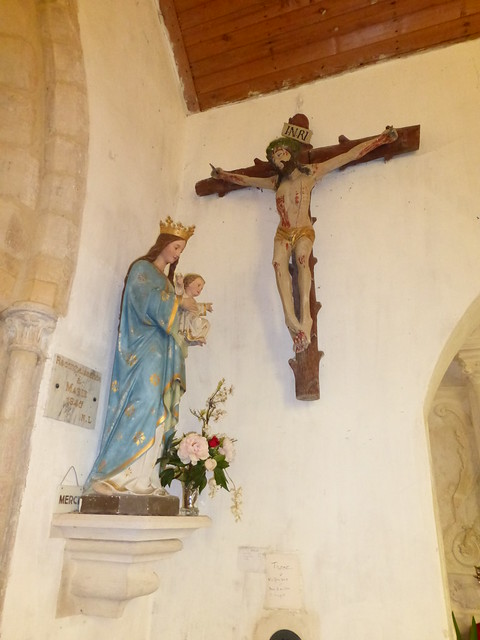 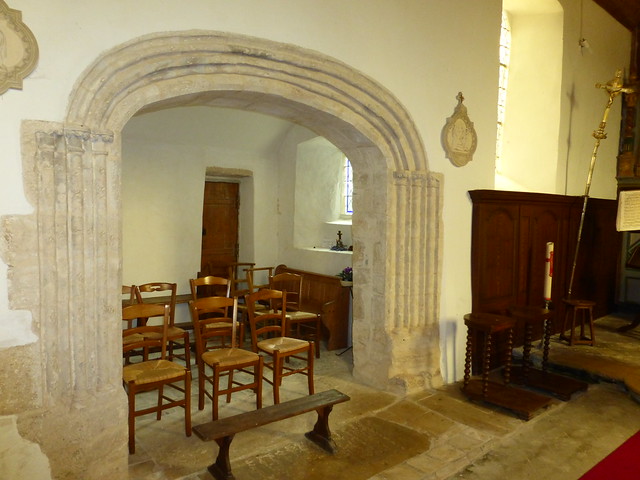 Two are located before the choir while  the third one is just under the bell tower and no longer used. 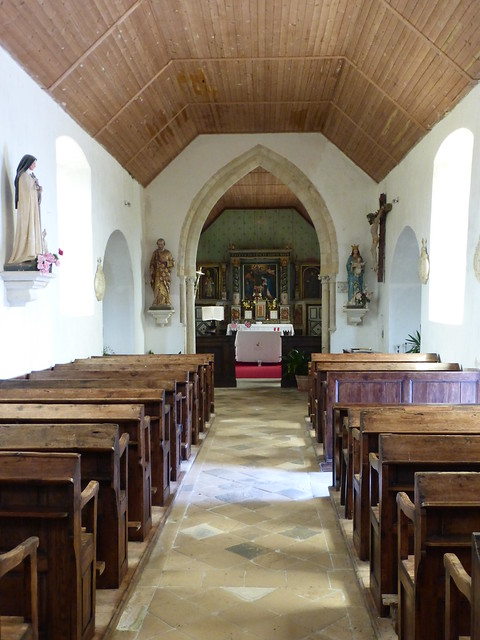 The crucifix, now hanging on the wall, was actually part of a rood beam that was once above the choir.   It dates from the 15th century. 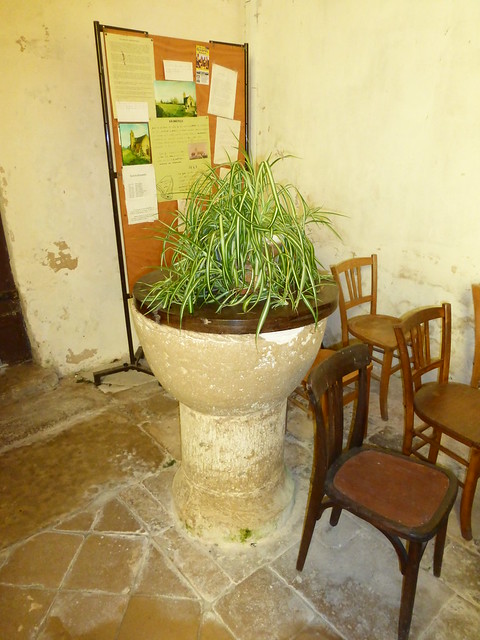 Like many other churches in the region, the baptismal font can be found in the western portion of the church--in this case, just near the main portal. 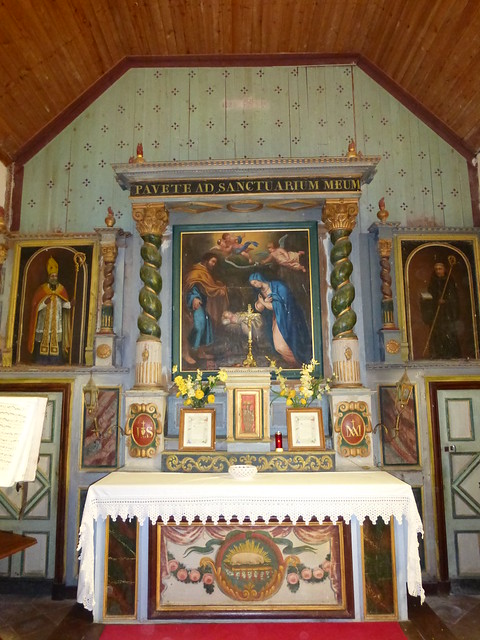 The high altar is really something to see.  Although it isn't greatly ornamental, it has a charm all of its own with an oil painting depicting the Nativity just above the tabernacle. 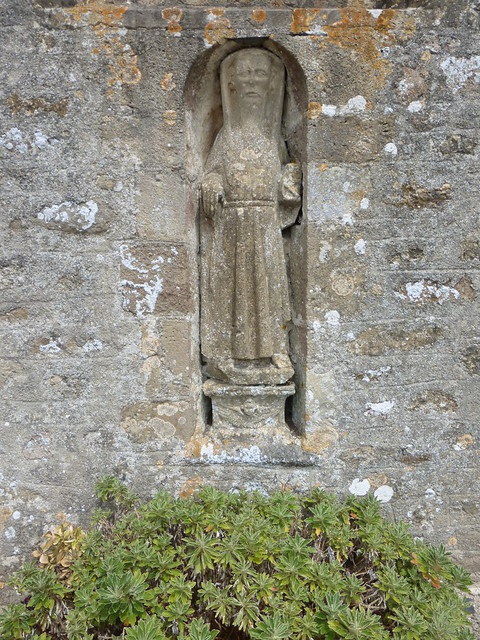 This stone statue of St-Anthony the Hermit is encased directly in the wall of the sanctuary along the north side of the church. Born in the middle of the 3rd century in Upper Egypt, he retired early to the desert where the devil tried several times and in different forms to tempt him away from his faith. Anthony resisted. Later, he welcomed disciples who wished to join him and live ascetic life in the desert. But the taste of solitude once more overtook him and he left his followers for another solitary life in the desert near the Red Sea where he lived until the age of 100. Over the centuries Anthony the Hermit has become a holy healer. He was invoked against the plague, leprosy, scabies and venereal diseases. His healing power also had an effect on animals, including pigs and horses. He is generally depicted as an old man wearing a frock with a cap bearing the Greek letter Tau and sometimes a bell. He is very often accompanied by a pig (an evil boar that he domesticated). 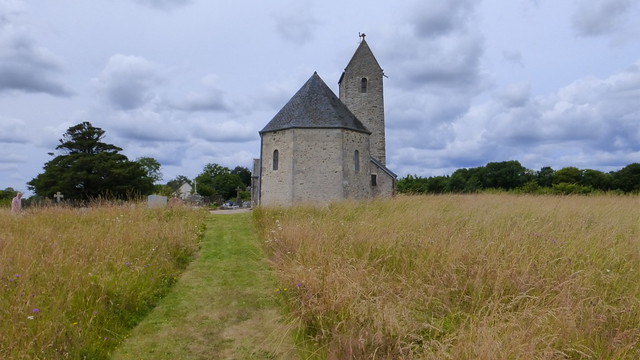