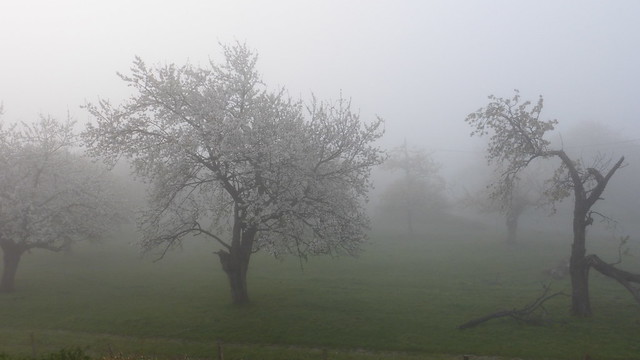 If I didn’t already tell you, let me say it again: the weather in Haute Normandie was just wonderful last weekend. Not only were the fruit trees blossoming, so were the cherry trees and fields of yellow rape. 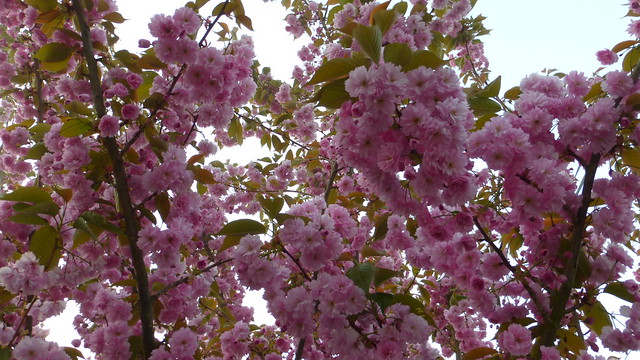 On the morning of my second day, I had a sumptuous breakfast in the dining room of our chambre d’hote. The owner was very kind and served us fresh crepes with several different homemade jams and conserves. While I ate, I wondered what the day was going to bring since the countryside appeared to be covered in a thick fog. 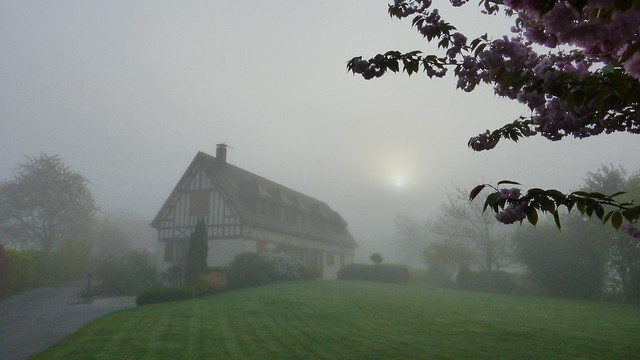 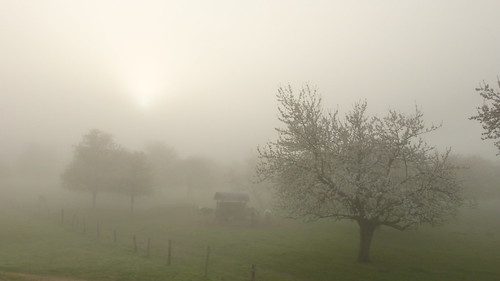 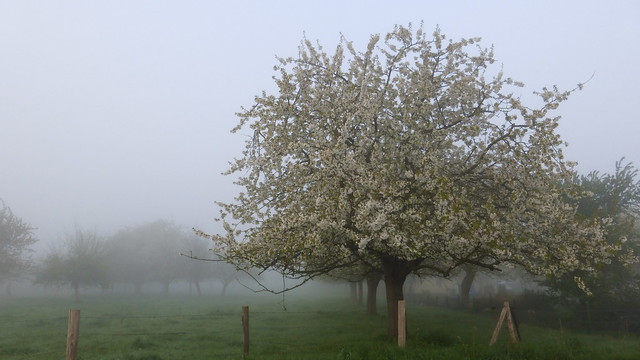 I took a few photos of Au Temps de Cerises and then decided that the fog would likely burn off by the time I reached my first destination for the day, the Château de Robert le Diable. 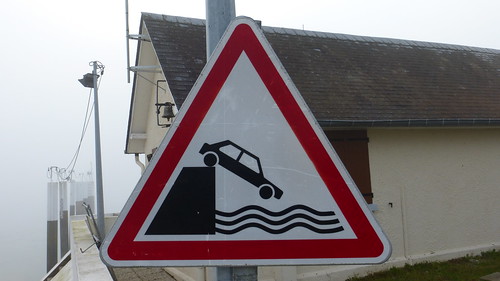 Since there was no bridge over the Seine nearby, we would have had to take the road around the river and put over 50km on our car. Fortunately, drivers can take the ferry over the river at Le Mesnil-sous-Jumièges and the distance is only 18km. 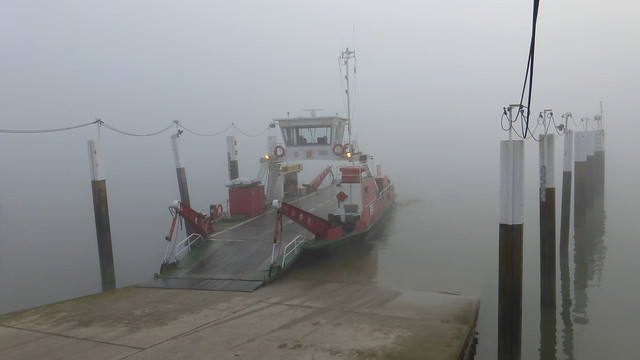 The ferry had to wait for eight vehicles to board before casting off to the other side of the Seine which we couldn’t even see because of all the fog. 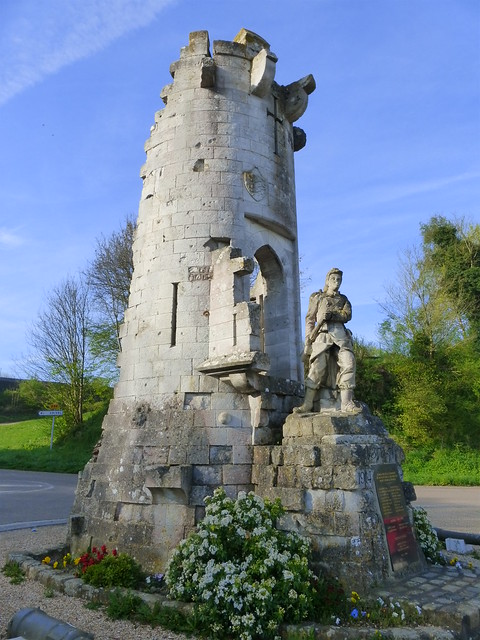 When we arrived in Moulineaux, we parked the car beside the war memorial which was constructed using the remains of an old tower from the château. The Château de Robert le Diable is a feudal castle from the time of the Dukes of Normandy. 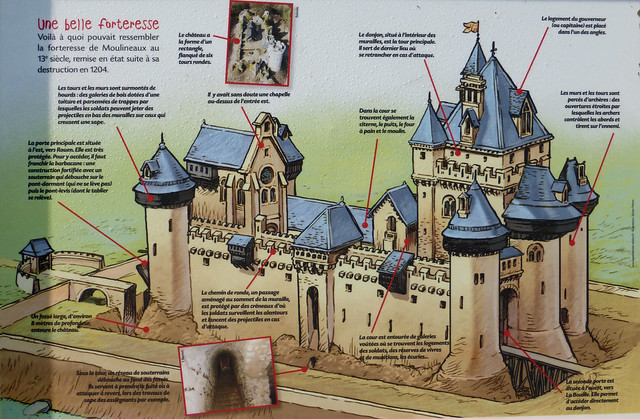 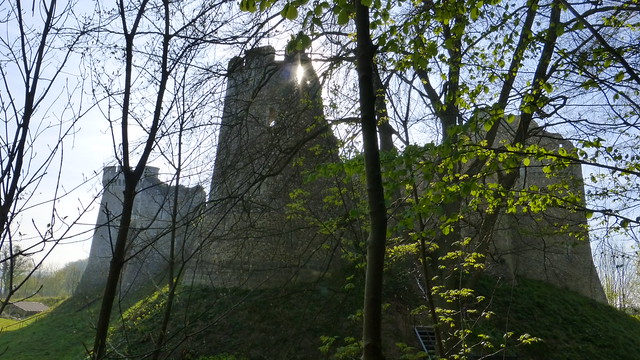 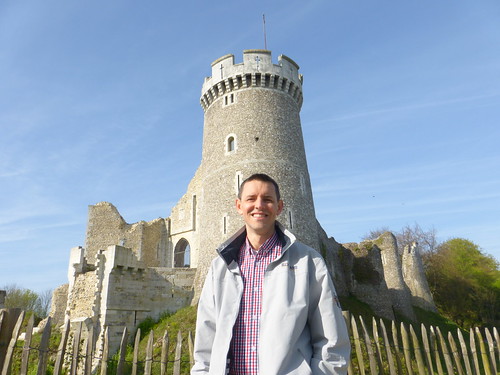 It takes its name from Robert the Devil who, according to some, was Robert de Montgommery, also known as Robert le Magnifique ('the magnificent'), Duke of Normandy and father of William the Conqueror. However, there is no evidence that this person was involved in the construction. The castle was built during the 11th and 12th centuries and stands on a hill which dominates the River Seine--the views extending over the whole Rouen region, making it a particularly strategic location. 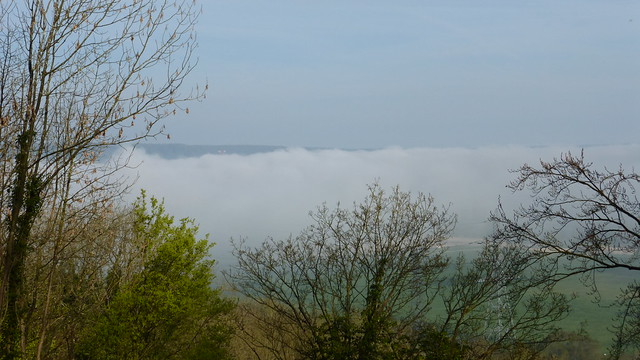 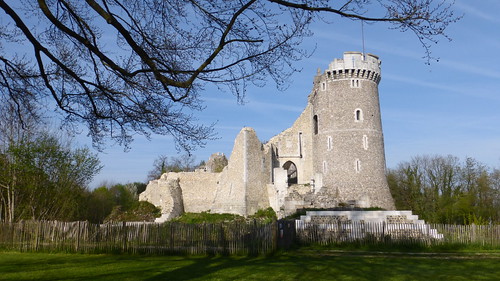 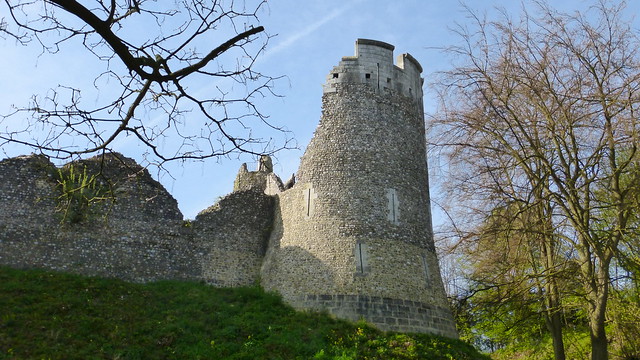 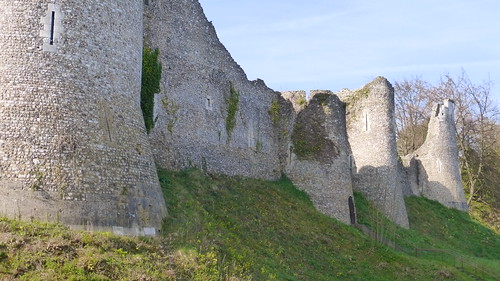 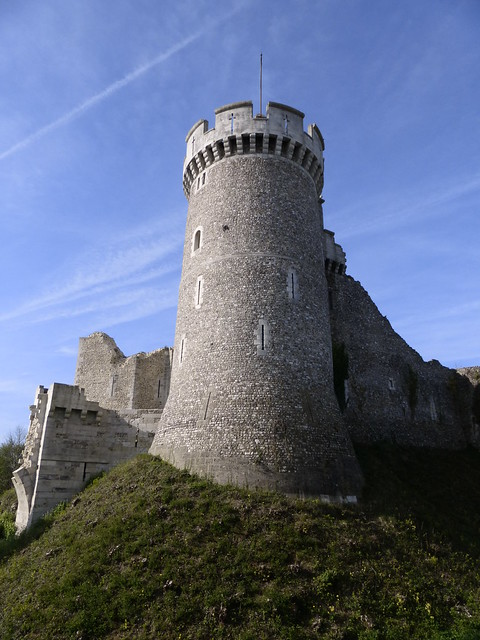 Fortunately for us, the fog had cleared off and all that remained could be seen hovering over the Seine. It is known that the English King Richard I ('Lionheart') stayed here. His brother, King John ('Lackland') destroyed the castle during his struggle with the King of France Philip II Augustus. The latter rebuilt it. During the Hundred Years War, the people of Rouen destroyed the towers to prevent the castle being used by the English. 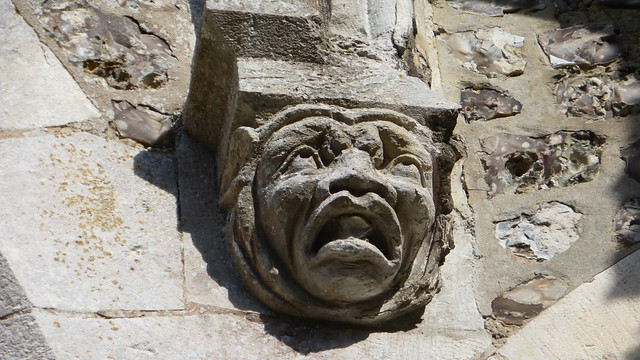