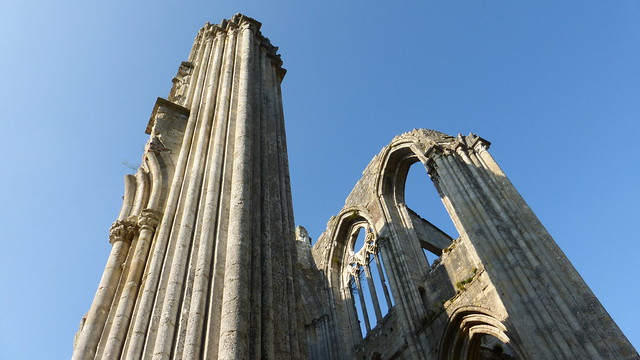 Well, it was getting rather late and after visiting Caudebec-en-Caux, we still needed to visit the Abbaye de Saint-Wandrille de Fontenelle. It is a living, working community of monks and so the buildings are not open to visitors unless you take a guided tour. Although the visitor’s center was still open, the guided tours were finished for the day. 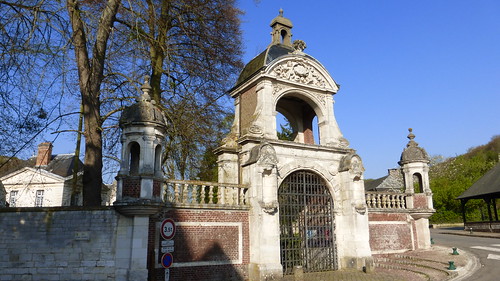 The rest of the property is open to the public and this includes some spectacular ruins that date as far back as 649 when the first community of monks moved to this area. The history of the monastery has not been at all lucky. Besides the chief basilica Saint-Wandrille built seven other churches or oratories both inside and outside the monastic enclosure.

All of these have either perished in the course of time, or were replaced by others at a later date. The first church was burned down 756. In 852 it was raided by Vikings and once again burned to the ground. 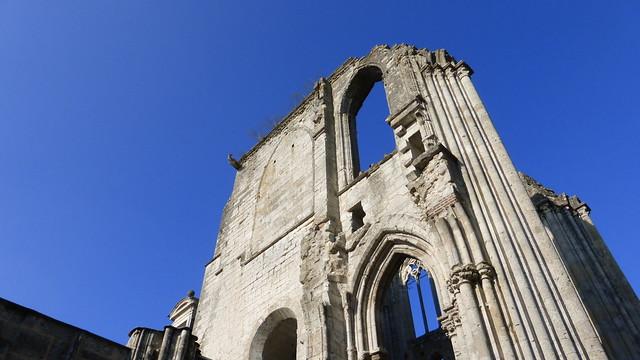 After another restoration in 966, the abbey was destroyed by lightning in 1012. After two hundred years, it burned down again in 1250. 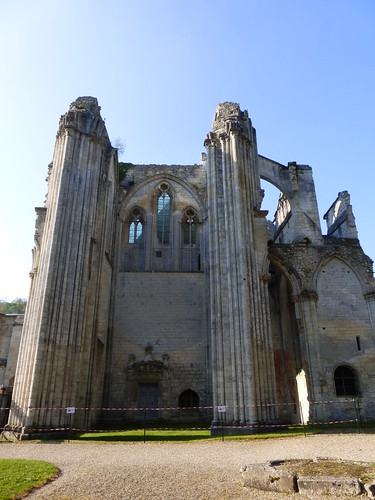 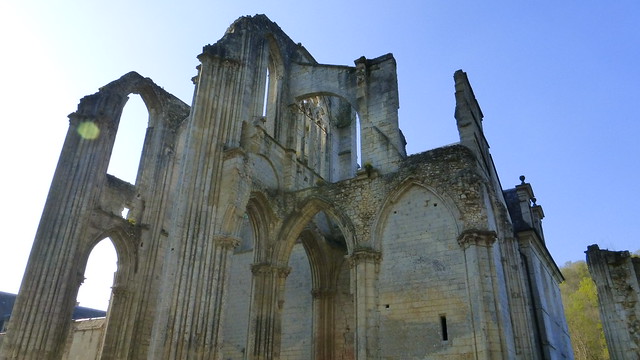 In 1631 the central tower of the church suddenly fell, ruining all the adjacent parts, but fortunately without injuring the beautiful cloisters or the conventual buildings. During the French Revolution in 1791 Fontenelle was suppressed, and in the following year the property was sold by auction. The church was partially demolished, but the rest of the buildings served for some time as a factory. 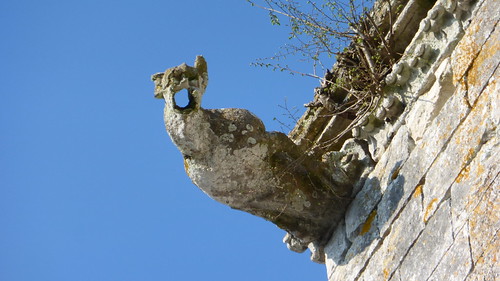 Monks came back to the area in 1898 but were expelled to Belgium in 1901. The present community of monks have been here since 1931 but once again they fell on hard times when the Germans plundered the monastery in 1940. 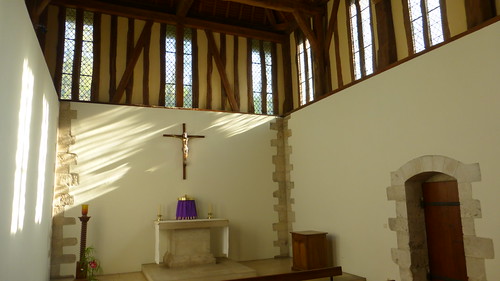 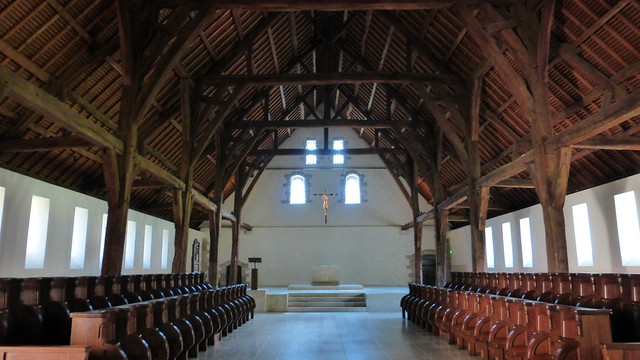 In 1969, a tithe barn from the 13th and 15th centuries from the hamlet of Canteloup à La Neuville-du-Bosc was transferred within the walls of the monastery by the monks themselves and rebuilt to become the new Abbey Church.  The wood beams are bare inside and there is very little light. 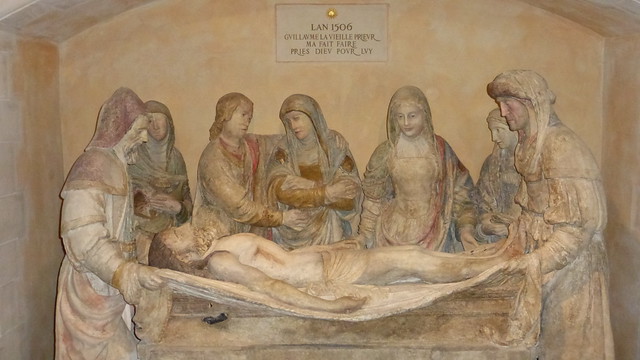 Next to the main doorway is a restored mise au tombeau from 1506. 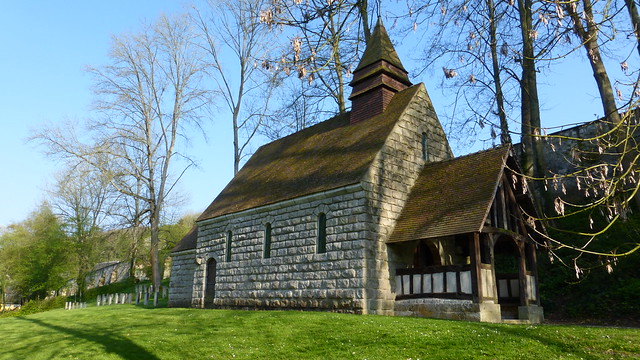 There is also a small, charming chapel by the monks' cemetery that is open to the public called Chapelle Notre-Dame de Caillouville-la-Neuve. 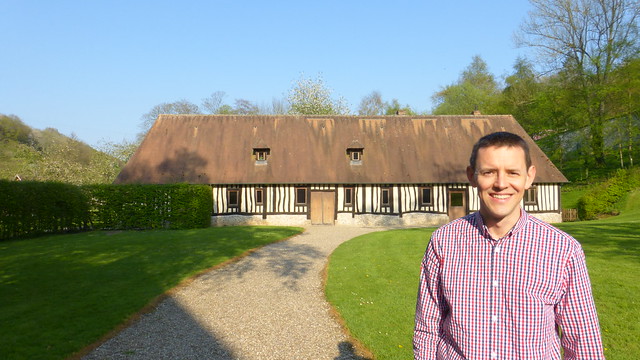 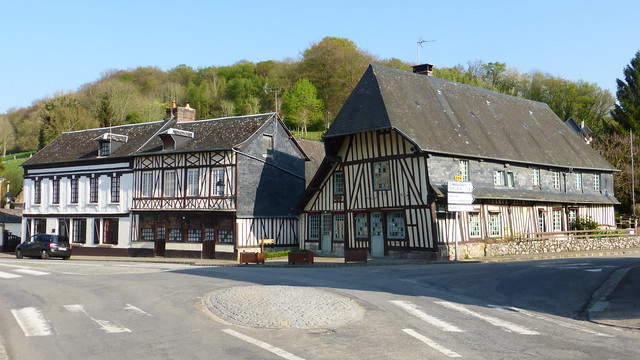 Within the town as well as the abbey property are some beautiful timber framed buildings.  Just down the street is a very nice gift shop. There are products from several different monastic communities available. I purchased some beautiful Christmas cards to use next December. Near the famous abbey is the parish church which was established around 735 with materials from the Roman ruins in Lillebonne. 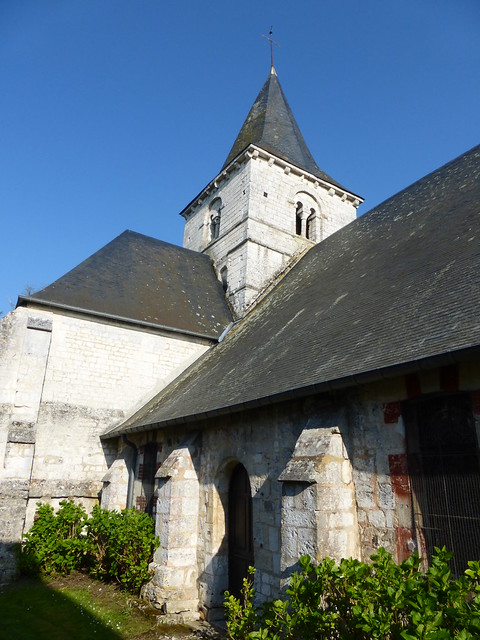 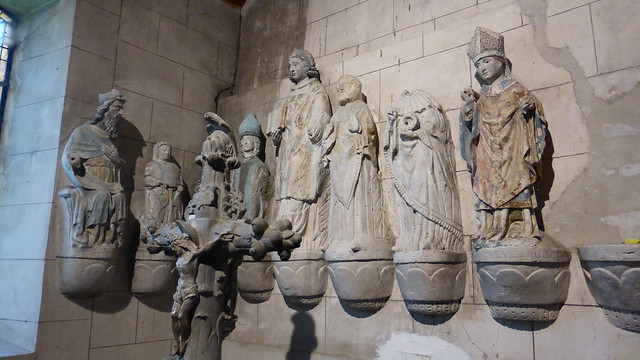 The building was destroyed during the Norman invasions, but rebuilt in wood and stone in the eleventh century. It has a rather sombre interior with walls lined with numerous statues from different centuries.